Bosnia & Herzegovina | Resolution on secession from federal institutions
Defence Redefined
Published on 12/12/2021 at 17:00 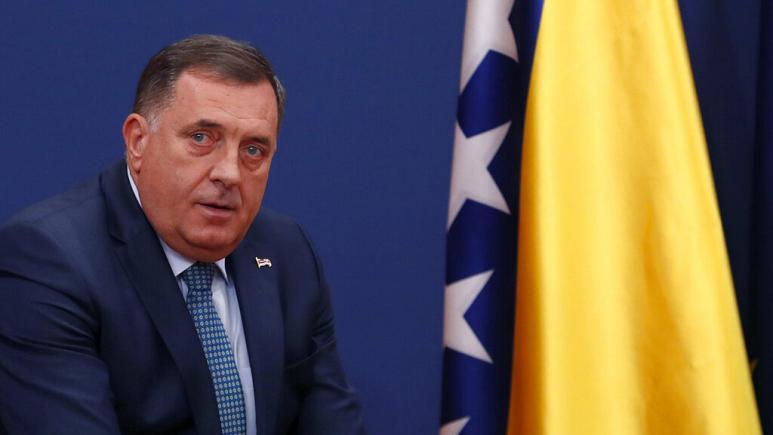 The Bosnian Serb Parliament began on Friday 10/12, a controversial process of secession from Bosnia’s common institutions, mainly the army, despite warnings from Western powers.

The Assembly of the Republika Srpska (Bosnian Serb entity), held in Banja Luka, gave the Government six months to organize the withdrawal from Bosnia’s three crucial institutions: the army, the rule of law, and the tax administration.

After eight hours of debate, MEPs adopted the proposed non-binding text by 49 votes to three. The military, justice, and tax administration are key pillars of the system established by the Dayton Peace Accords.

“Bosnia is heading in a direction we did not agree to by signing the Dayton Peace Accords,” said 62 years-old Bosnian Serb political leader Milorad Dodik. “The time has come for the Republika Srpska to gain freedom […] Bosnia is an experiment […] I do not think it can survive because it does not have the internal capacity to survive,” he added.

From its side, the opposition has warned that these moves could lead Republika Srpska to a new war. “I think the path you have chosen is dangerous for Republika Srpska and we cannot follow you,” said Mirko Sarovic, the head of the largest opposition Serb Democratic Party.

In a joint statement, the embassies of the United States, the United Kingdom, France, Germany, Italy, and the European Union delegation stated that the parliament motion was “a further escalatory step”.

“Members of the governing coalition in the RS (Republika Srpska) must be aware that continuing this dead-end path of challenging the Dayton framework is damaging the economic prospects of the entity, threatening the stability of the country and the entire region and jeopardizing Bosnia’s future with the EU,” the ambassadors stressed.

The Dayton Accords ended the war between the Bosnian communities in 1995 (100,000 dead) and ratified the division of Bosnia into two entities, the Republika Srpska and a Croat-Muslim entity. The Bosnian Serb political leader has been threatening secession for years. Dodik, a member of Bosnia’s collective presidency, systematically complains that the country in which he participates in the collective leadership is “impossible.”

In the post-war years, a weak central state established common institutions, the army, the rule of law, tax administration, and the intelligence services. Milorad Dodik states that the delegation of powers from the entities to the central government was done with 140 decisions and he wants the return of all these powers to the Republika Srpska, starting with the army, the rule of law, and the tax administration.

Dodik was once a moderate politician and a protector of Western powers. Today he is a nationalist and is supported by Moscow. He blames Westerners for weakening the Republika Srpska over the years by strengthening the central state through the imposition of reforms, a process desired by Bosnian Muslims.