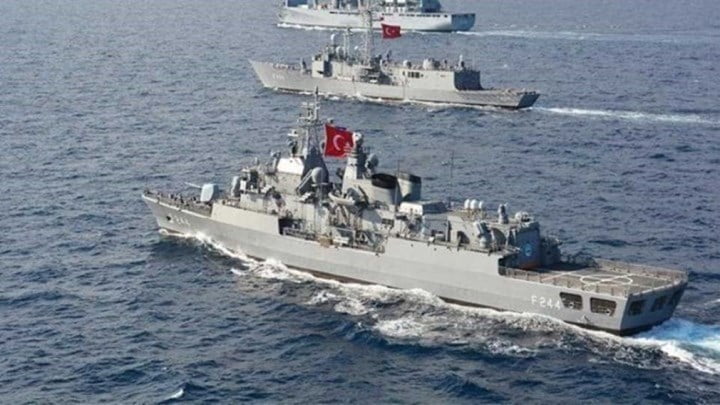 The “Blue Homeland 2021” major exercise started on Thursday in the Mediterranean and the Aegean, as announced by the Turkish Ministry of Defence.

According to Turkish media, the exercise will be held until March 7 and aims to assess the readiness of the units and ships of the Navy. The exercise involves 87 ships, 27 aircraft and 20 helicopters.

The exercise aims to test the capabilities of the units for joint naval operations in order to increase their combat readiness. During the exercise, 82 Navy ships will participate: 5 patrol ships, 12 sea helicopters along with unmanned aerial vehicles, amphibious marine corps and SAT/SAS of the Naval Forces Command as well as attack helicopters of the Air Force. F16s and F4s will also participate in the exercise.

The high-speed unmanned aerial vehicles will be used as targets, along with the execution of live fire, that will simulate a real operational environment.

Also read: The deployment of US Army units through the Port of Alexandroupolis is underway – Photo