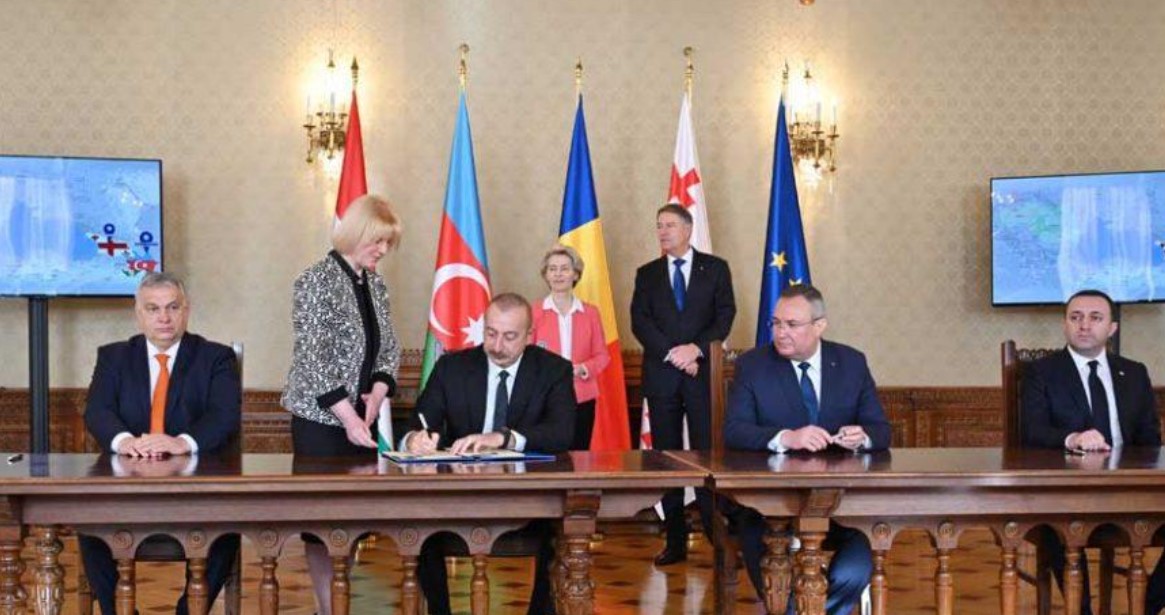 A strategic partnership agreement in the field of green energy development and transmission was signed by the governments of the Republic of Azerbaijan, Georgia, Romania, and Hungary in Bucharest on December 17.