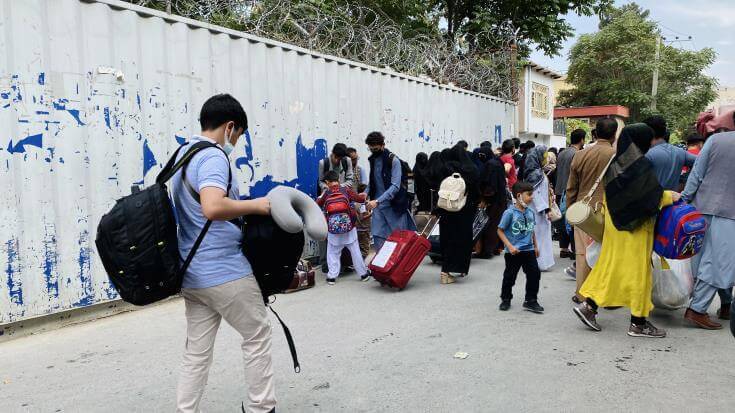 An exchange of fire broke out between members of the Afghan security forces and unknown assailants at the north gate of Kabul International Airport, according to the German federal army.

A member of the Afghan security forces was killed and three others were injured, according to a post on the official German military account on Twitter.

According to the same source, the US and German forces were involved in the fight. No injuries have been reported in the ranks of the German army.

Meanwhile, a Taliban official told Reuters that foreign troops in Afghanistan had not asked for an extension of the August 31 deadline in order to leave the Asian country.

However, in the virtual conference by G7 leaders the coming Tuesday, UK Prime Minister Boris Johnson will propose an extension of the deadline regarding the US assistance to the Kabul evacuation operation beyond August 31st.

I will convene G7 leaders on Tuesday for urgent talks on the situation in Afghanistan. It is vital that the international community works together to ensure safe evacuations, prevent a humanitarian crisis and support the Afghan people to secure the gains of the last 20 years.

The US president stated on Sunday that talks have been underway to extend the evacuation operation, but added that hopefully, this would not be necessary.

Speaking to Sky News, however, a Taliban spokesman warned that extending the foreign military presence in Kabul beyond August 31 for the evacuation operation would mean extending the occupation and provoking a backlash.

Finally, according to the data from the British government, 5,725 people have been evacuated from Kabul by British flights since August 13. Of these, 3,100 were Afghans. London hopes to evacuate another 6,000 people from Kabul this week.

London, along with France, is pushing for a resolution on Afghanistan at the United Nations Security Council. In fact, the UN is seeing a massive increase in internally displaced people in Afghanistan, as more than 550,000 people in the country have fled their villages and towns due to hostilities, according to the Office for the Coordination of Humanitarian Affairs (OCHA).

Also read: Taliban | First press conference – There will be no revenge