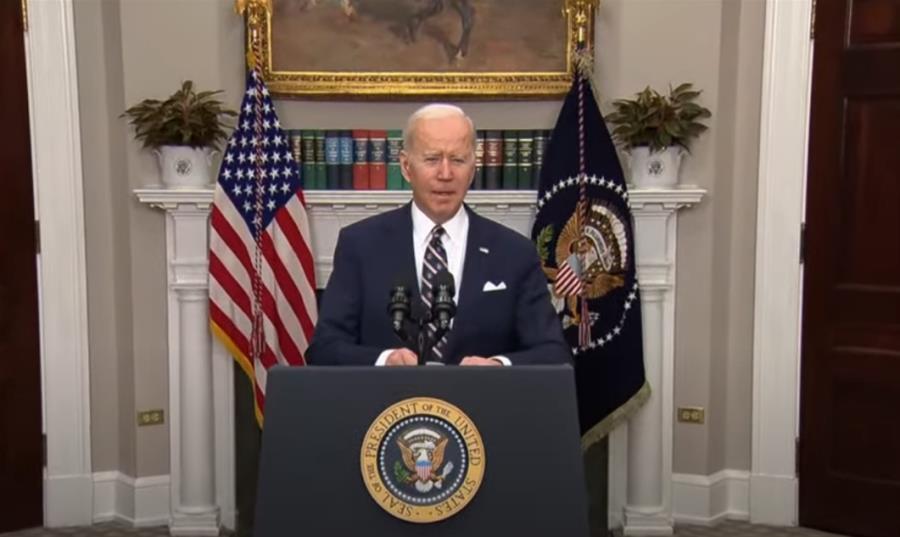 US President, Joe Biden, has made statements about the US Special Forces invasion in northwestern Syria yesterday targeting Islamic State (ISIS) leader, Abu Ibrahim al-Hashimi al-Qurashi, resulting in his death.

Speaking from the White House, Biden said Abu Ibrahim al-Hashimi al-Quraisi had chosen to blow himself up in an act of desperate cowardice, adding that his government would continue to work with partners to exert pressure on ISIS.

“In an act of desperate cowardice and indifferent to the lives of his own family or other people inside the building, he chose to blow himself up, not just with a vest but to blow up the third floor … instead of facing justice for the crimes he committed, taking with him several members of his family, as his predecessor had done,” Biden said.

“The United States has eliminated a major terrorist threat. The Islamic State leader blew himself up in “a last act of cowardice,” he said in a short speech. The US president said that he preferred a commando-driven operation to avoid civilian casualties.

Biden was the first to hear about the operation in Syria a month ago and gave the final green light for the mission on Tuesday morning, senior US government officials said.

The ISIS leader’s wife and children are among those killed when al-Quraisi detonated his bomb, officials said, adding that the US helicopter was mechanically damaged during the operation in Syria and was destroyed on the ground.

Quraishi’s explosion was so massive that “dead bodies were blown out his house and the surrounding areas,” said an official. An ISIS official and his wife who had fortified on the second floor of the building were killed during the operation, officials said.