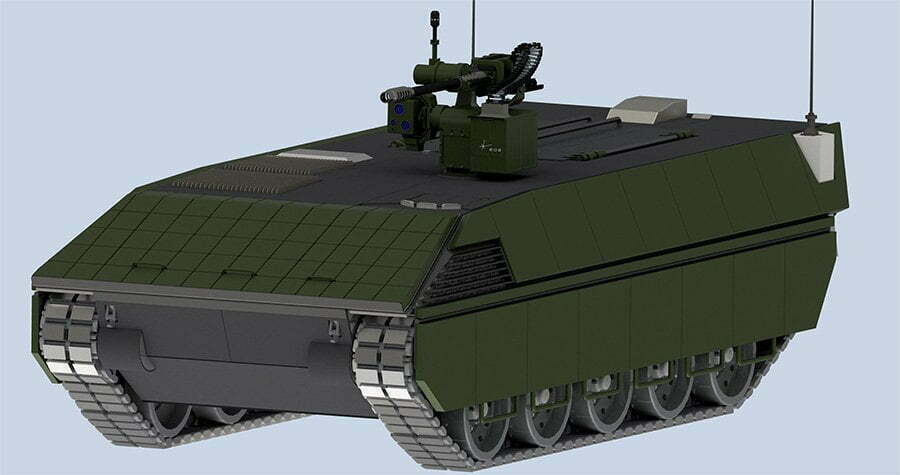 According to Greek media reports, EODH presented its overall proposal for the upgrade of the Armoured Personnel Carrier (APC) “Leonidas” to the National Guard General Staff (GEEF) in May 2019.

In an extensive article by renowned defence journalist Savvas Vlassi on December 18, 2019 on doureios.com, it is mentioned, among other things, that given the fact that Greece and Cyprus have purchased a total of 700 “Leonidas I/II” vehicles, the prospect of their withdrawal will cause serious problems, since these are newly-developed vehicles of better performance compared to the M113. Yet, since the lack of spare parts has already led the vehicle to withdraw from service, the need to upgrade – replace mechanical components / subsystems is imperative.

In terms of agility, it is recommended to replace the engine with the CAT C7.2 (same model as the one proposed for the M113 HEL, a vehicle for which EODH also submitted an upgrade proposal) calibrated to a maximum power of 370 hp and coupled to a new gearbox and transmission system.

Furthermore, the proposal includes a modified and upgraded steering system and upgraded driver with front digital display capable of monitoring the front and rear cameras. In addition, there is the possibility of installing a digital panel, digitizing the electronic circuit, installation of LED lighting (low consumption) and batteries management system.

The protection upgrade, which is the field of specialization of EODH, provides additional new generation composite armor on the front arch and sides, to ensure Level 5 protection, according to STANAG 4569. This is defined as protection against 25 mm x 137 APDS-T ±30° shells and protection against artillery fragments of 155 mm (FSP 20mm) from a distance of 25 meters, with azimuth 0° – 360° and elevation 0° – 90°. 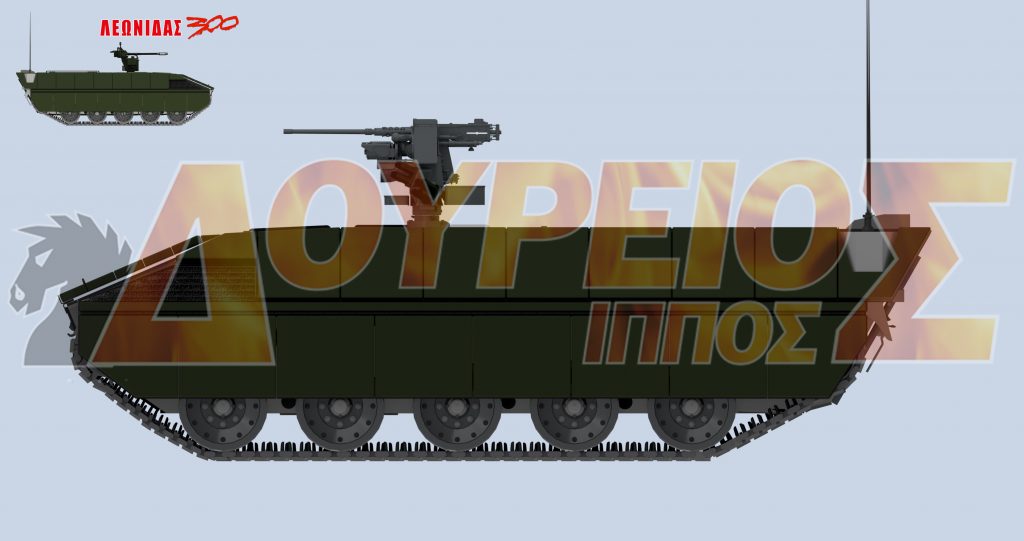 EODH proposes various solutions to increase firepower. All of them rely on remote-controlled stabilized weapon stations (RCWS) that can carry a machine gun, a 40 mm grenade launcher and an autocannon up to 30mm. This firepower results in a “hybrid Armored Fighting Vehicle – IFV” character to the “Leonidas 300” APC. The RCWS allows precision shots day and night and under adverse weather conditions, thanks to the weapon and shooting stabilization system (electro-optical system) and 360º rotation capability. Smoke launchers can be installed to the station, but also optional anti-tank missile launchers at the user’s discretion. 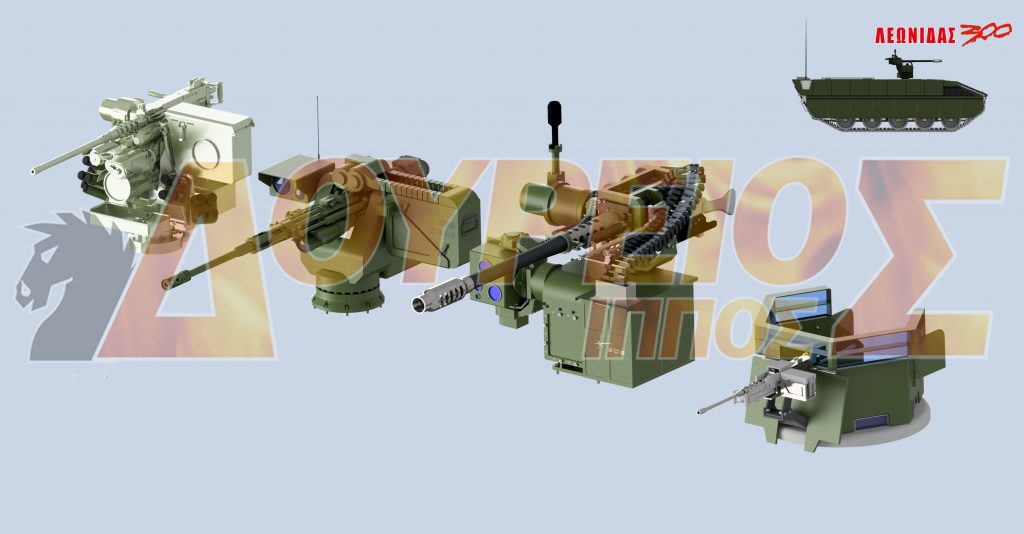 In the Basic APC configuration, which provides for a two-member crew and the transportation of a group of 8 men, the armament is limited to today’s 12.7 mm heavy machine gun with a simple upgrade of the shield with transparent armor. The battle weight of “Leonidas 300” will be increased to a total weight of 16,800 kg.

In the Advanced APC configuration, the “Leonidas 300” weighs 17,000 kg and has a 12.7 mm machine gun on a remote control weapon station, which provides full 4-point stabilization (Point & Vector stabilization), automatic tilt and deceleration compensation, target lock/automatic forward angle correction. The electro-optical package includes a thermal camera, day camera and laser rangefinder. Instead of the 12.7mm machine gun, a machine gun of other calibers or a 40 mm grenade launcher can be installed.

The IFV Hybrid version ensures high efficiency against armored vehicles and low flying targets and is based on a RCWS without a basket inside the vehicle’s turret. The battle weight of this version is 17,500 kg, as the RCWS weighs less than 400 kg. The ability of the suspension to carry this load smoothly has been certified in the Sk 105A2 version, but also in the ARV and AEV variants. The RCWS houses a 30 mm M230LF autocannon (a version of the M230 autocannon carried by Apache helicopters) electrically controlled, compact, lightweight and with low reversing. The autocannon fires 30 × 113 mm projectiles with a rate of fire 200 shots/minute and muzzle velocity of 850 meters/second. The relevant ammunition is produced in Greece by the Hellenic Defense Systems (EAS). Secondary armament can be a machine gun of any caliber as well as 76 or 80 mm smoke grenade launchers.

Thanks to the 3rd Generation Fire Control System with automatic target tracking, precision firing is allowed while moving. The gun is stabilized on two axles via gyroscopes (lifting and rotating) and the set of sensors includes a thermal camera, day camera and laser rangefinder.

It is also proposed to install a Laser Warning Receiver (LWR) that detects, analyzes and locates the source of each laser beam that comes from indicators or weapon system telemeters. In addition, EODH offers various options for upgrading the communication system of the APC in question as well as the personnel’s comfort.

The benefits offered with the “Leonidas 300” are summed up in the vertical increase of operational capabilities, the improvement of vehicle reliability, the secure flow of spare parts, the support of the “Leonidas” fleet with upgraded subsystems and spare parts, as well as the possibility of engaging all kinds of targets under any weather conditions and at significant distances. The following capabilities are shown below:

It is recalled that as in the case of M113 HEL, EODH commits to start deliveries of modernized vehicles within 12 months of the contract signing, a point that is a serious advantage according to Savvas Vlassis. And this, for a product, literally made according to the needs of GEEF or the Hellenic Army’s General Staff.

A strategic dimension in the whole proposal is the fact that on a practical level any upgrade involves a large part of the Greek Defense Industry, which will undertake important subcontracts.