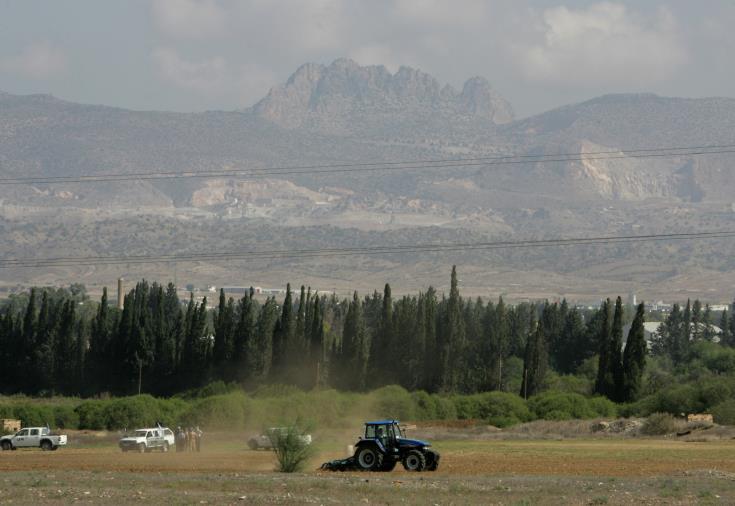 The United Nations confirmed an incident that took place yesterday around 11:30 in the morning in the buffer zone, in the area of ​​Denia, where soldiers of the occupying army entered in order to expel a Greek-Cypriot farmer who went there to work. The Ministry of Foreign Affairs of the Republic, for its part, states that it monitors and handles the whole issue.

When asked about this, the spokesman for the United Nations Peacekeeping Force in Cyprus (UNFICYP), Alim Sindik, told CNA that “we can confirm that there was an incident with a local farmer and the Turkish forces in the buffer zone today”.

He added that “the incident was settled peacefully and will be reported by the Mission (of the UN in Cyprus) to the United Nations Security Council in due time.”

Mr. Sindik said: “UNFICYP continues to be in contact with both sides to ensure that calm is maintained along the buffer zone.”

Answering a relevant question, the spokesman of the Ministry of Foreign Affairs, Dimitris Dimitriou, stated to CNA that “the issue has come to our knowledge, it is being monitored and handled. We are in contact with the peacekeeping force to manage the issue,” he added.

The mayor of Denia, Christakis Panagiotou, told CNA that “last week an operation was carried out by settlers living in Avlona and Filia with their animals in areas within the buffer zone cultivated by Greek-Cypriot farmers who had planted locusts. The settlers let their animals in and destroyed about 2.000 locusts,” he said.

He added that “today a Greek-Cypriot farmer went to the area to see how he would replant the trees. This time, Turkish soldiers went, whose outpost is 200-300 further away in the occupied areas, with weapons and bullets and threatened that if he did not leave, they would kill him,” he said.

He noted that “the United Nations was notified and following our advice the Greek-Cypriot farmer and his employees left the area.”

“We reported the case to the United Nations, to the Foreign Ministry, to the army,” he said, adding that the incident was also witnessed by Greek-Cypriot soldiers from an outpost between Denia and Akaki.