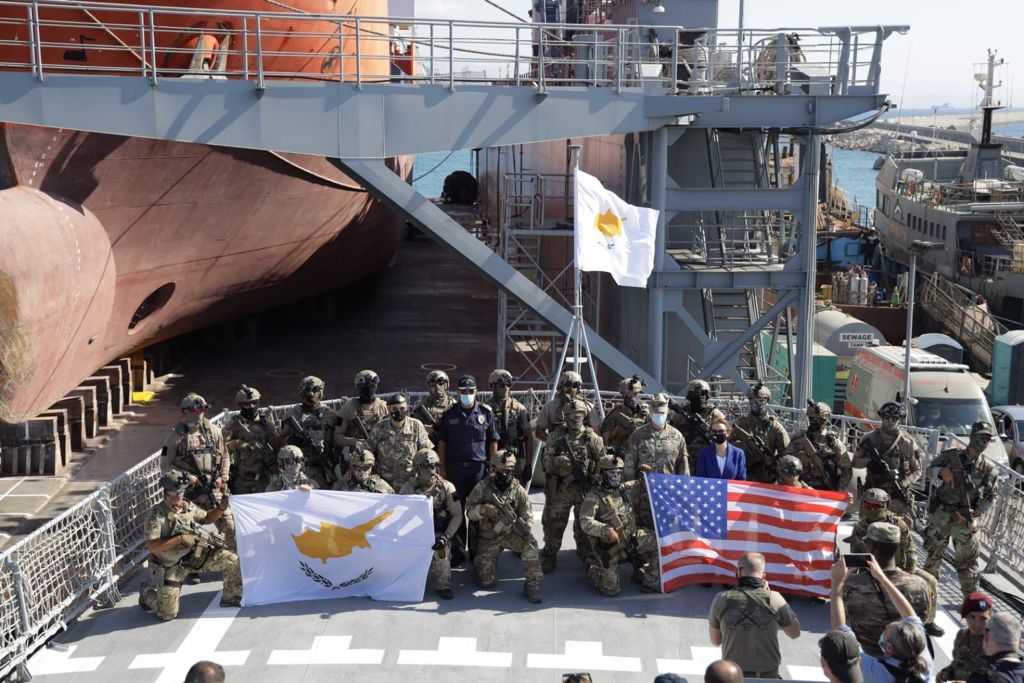 As announced by the Cyprus Ministry of Defence, today, Friday, September 10, a joint training exercise was held between the Special Operations Team of the National Guard (Underwater Demolition Team) and the corresponding NAVY SEALS Team of the US Navy.

The scenario of the exercise concerns the boarding and recapture of a ship, conducted on the National Guard’s General Support Ship “ALASIA” that is moored in the port of Limassol.

During the exercise, technical procedures of boarding and capturing the vital areas of the ship were applied as well as control, personnel management, and threat neutralization.

Also read: Welcoming the first 8 National Guard officers who will participate in the US IMET training

Specifically, an Underwater Demolition Team of the National Guard and a US Seal Team landed from the Special Operations Crafts (SOC) Nireas 1 and Poseidon. Subsequently, all areas of the ship were captured and controlled with a tactical manoeuvre, as provided in the exercise scenario.

The exercise was attended by the Ministry of Defence, the Chief of General Staff (GEEF), the US Ambassador, and senior officers of the US Armed Forces. In the statements that followed, the Minister of Defence stressed the deepening of the military cooperation between the two countries with the lifting of non-lethal weapons embargo by the USA and the Cyclops program.

The US Ambassador mentioned the excellent cooperation in the field of security which will continue in the future. Finally, the head of GEEF congratulated the participants, who were photographed in groups at the end of the exercise.

With information from: Ministry of Defence, defenceredefined.com.cy

Also read: CYCLOPS | The cornerstone for the construction of the Security Training Center has been laid – Photos 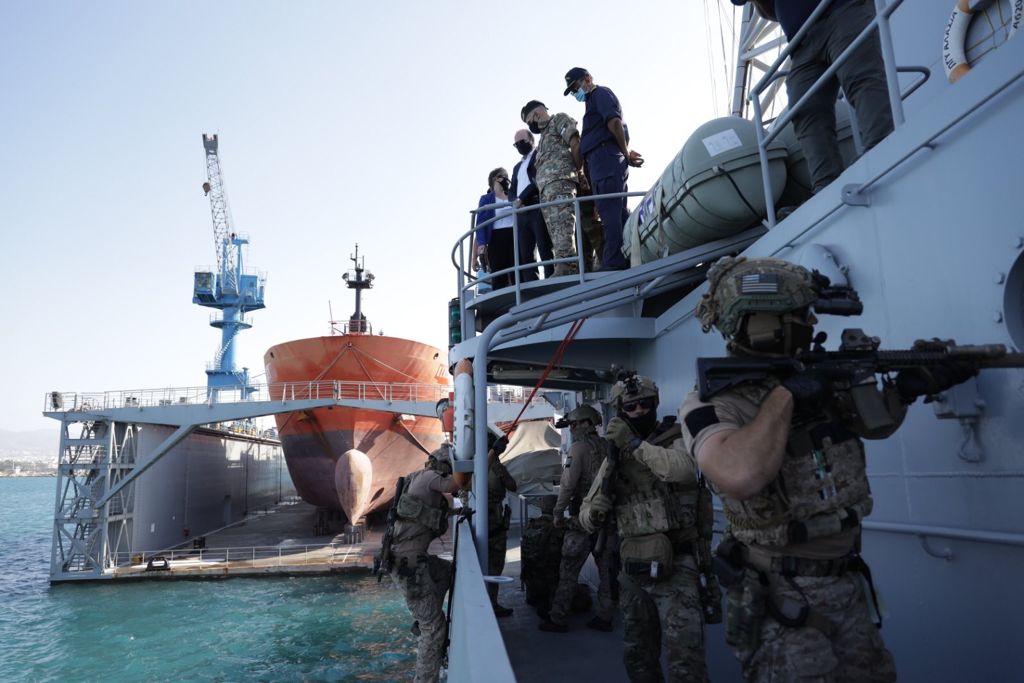 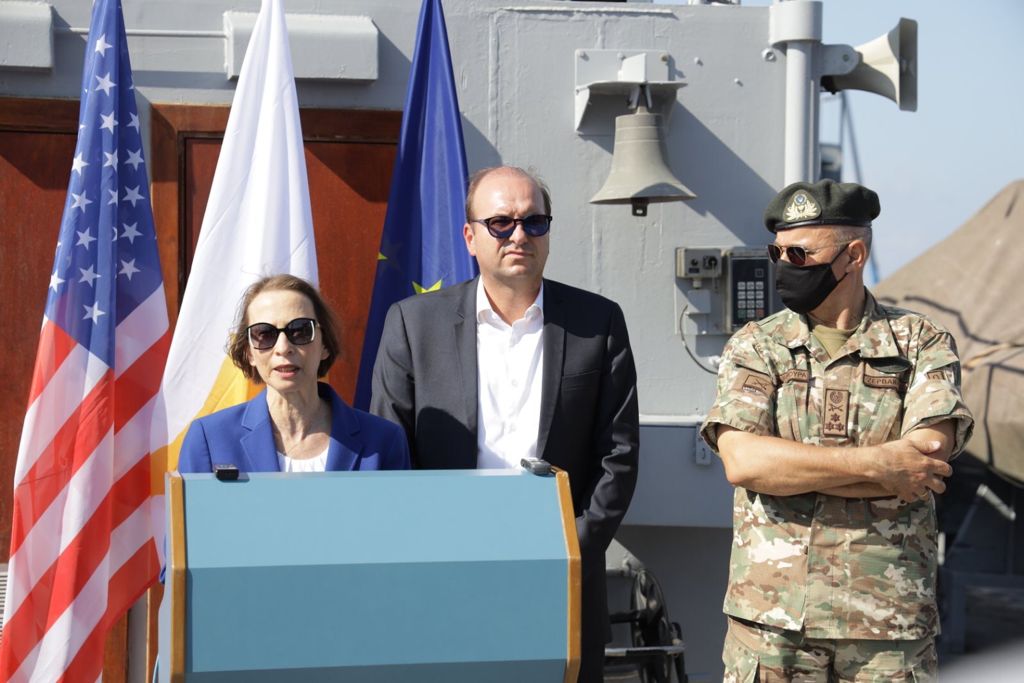 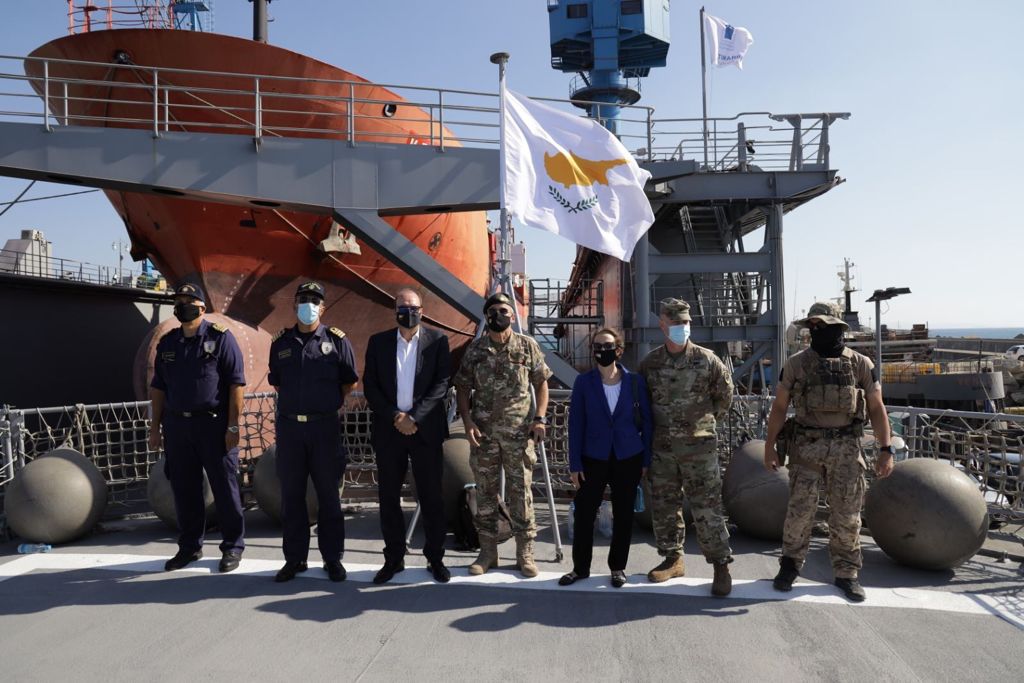 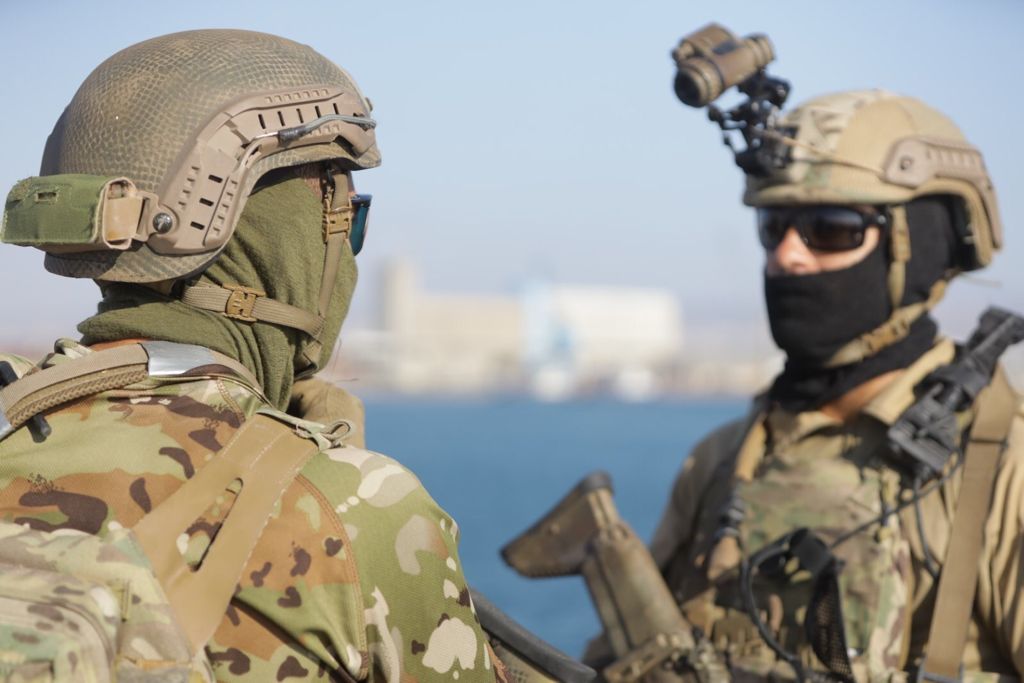 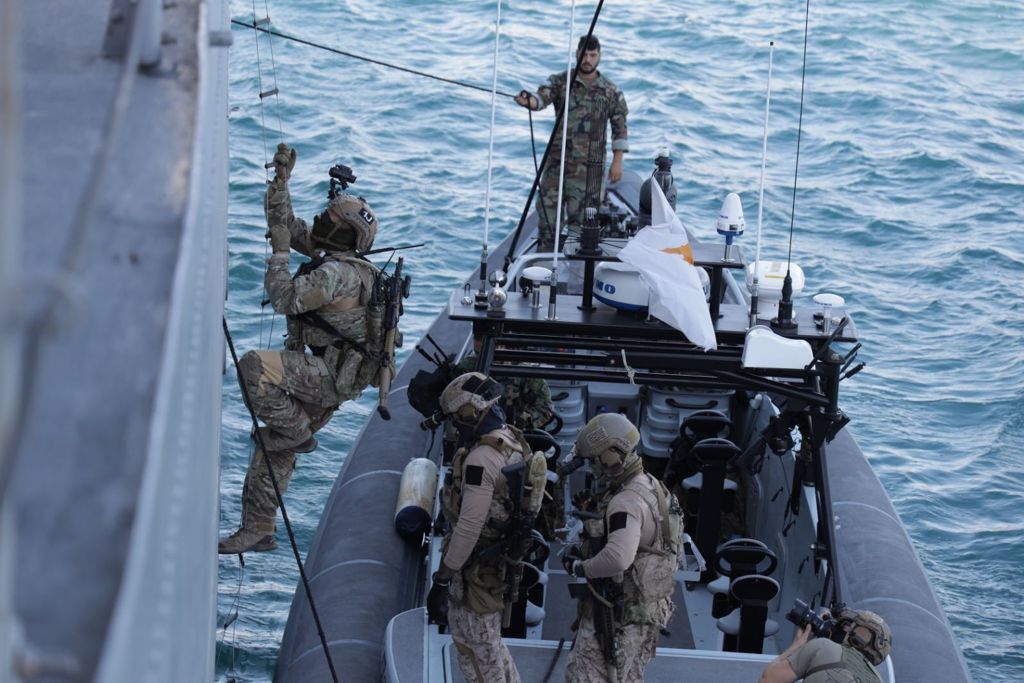 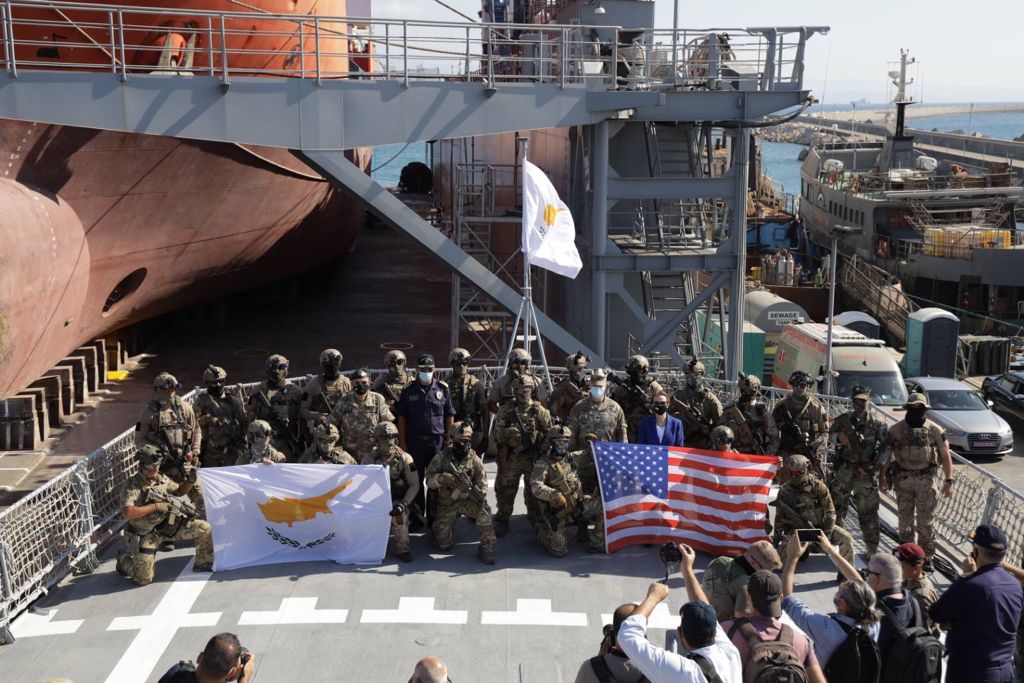 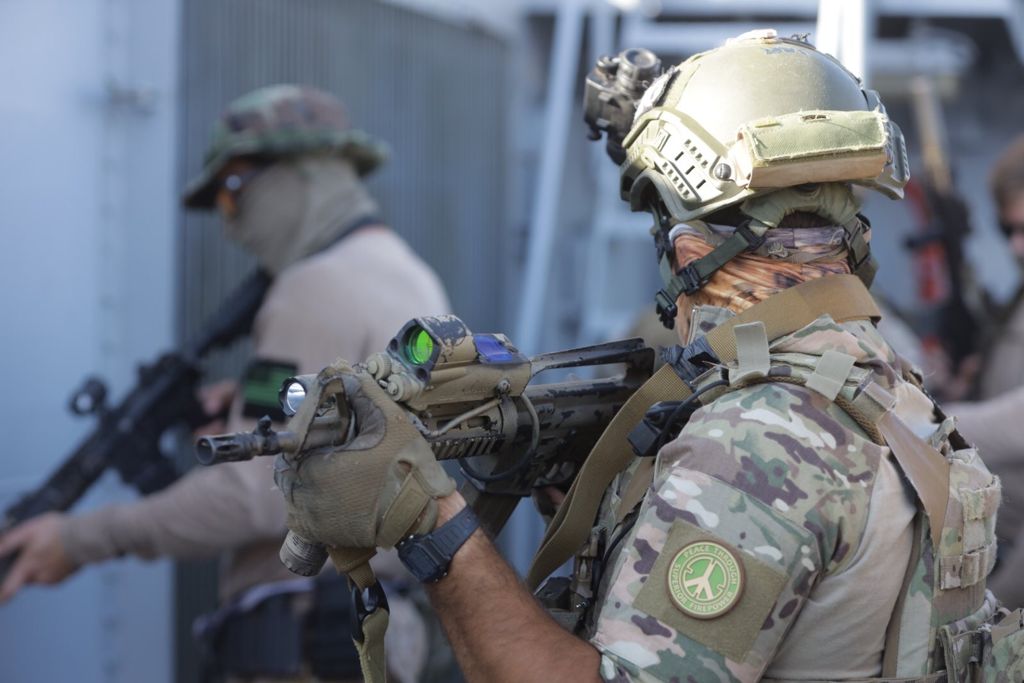 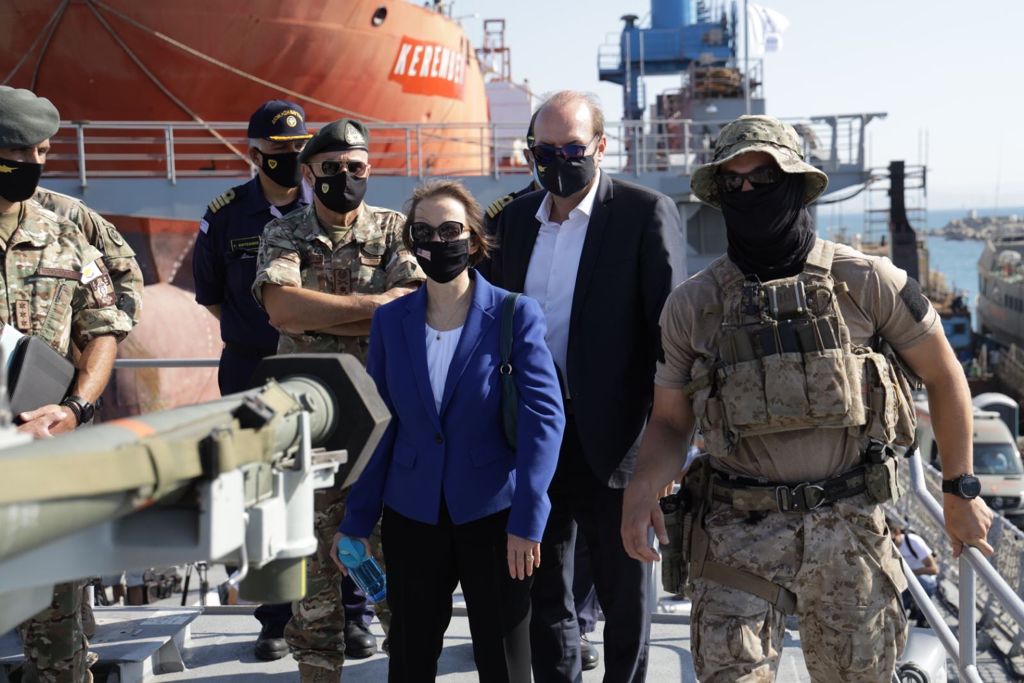