The Vietnamese company RT Robotics showcased an Unmanned Aerial Vehicle (UAV) at the VIDEX 2022 defence exhibition, which can, among others, launch up to nine grenades per sortie, with vertical free fall.

According to the manufacturing company, it is a quadcopter UAV, which can carry out a wide range of missions for both civil and military use thanks to the integration of four payload mounts in combination with the use of Artificial Intelligence (AI) algorithms.

In particular, the system in question, whose development relies entirely on the local market, can be used in cargo transport, surveillance, mapping, combat, search and rescue missions as well as a combination of these, since it can simultaneously carry electro-optical cargo such as lights, speakers, laser, lidar, SAR kits or explosives. 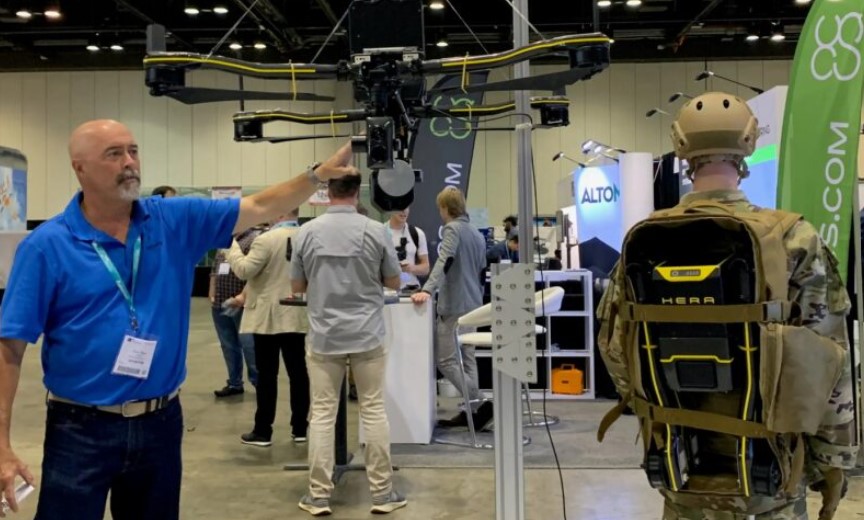 Despite its size, the system in question has the advantage of being folded and carried in a backpack, while it can carry a larger volume of cargo than systems of the same category.

Its technical features include: