Turkish Minister of Defence | The “intransigent, unlawful and spoiled stance” of Greece and Cyprus is an obstacle to a solution to the Cyprus problem 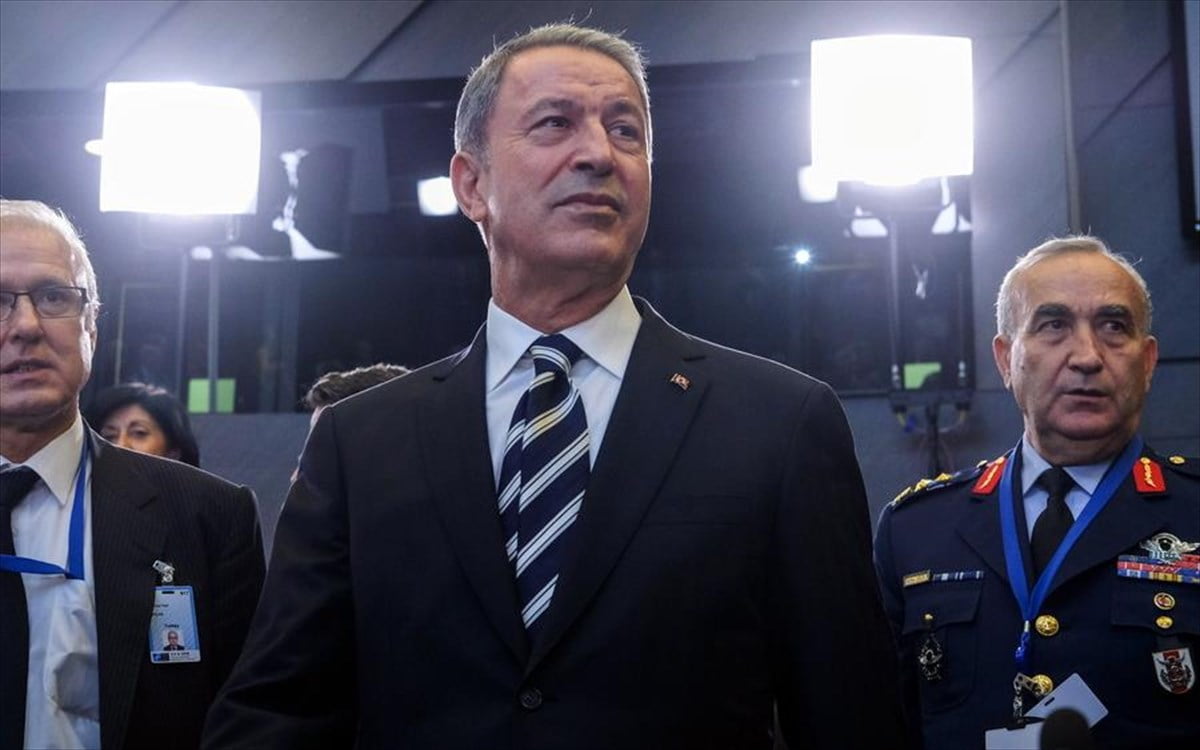 Turkey’s National Defence Minister Hulusi Akar stated that the biggest obstacle to a solution to the Cyprus problem was the Greek-Greek Cypriot duo’s intransigent, unlawful and spoiled stance. He argued that the expression “fenced-off” used for the town of Varosia (Maraş) since 1974 was a thing of the past and that reopening the town complies with international law.

Speaking to the Turkish National Assembly’s budget committee, the Turkish minister said Turkey is always in favor of peace, friendship, dialogue, co-operation and a political solution. He accused Greece of trying to imprison Turkey, which has an 870 km coastline in the Mediterranean. “It demands 40 thousand square kilometers of maritime jurisdiction for Kastelorizo, which is only 10 square kilometers.”

“Greece, instead of producing political solutions in consultation with Turkey, seeks to create a fait accompli. Moreover, some ambitious people from thousands of kilometers away, overcoming their power and size, want to play a role, and, although to the detriment of their people, resort to illegal means such as Operation Irini just to join this process (against Turkey),” said the Turkish Minister.

Hulusi Akar said that “the illegal boarding of the merchant ship on the high seas on November 22, 2020 revealed the controversial aspects of this operation that we have emphasized from the beginning. We retain all our rights in this matter and we are following the issue closely.”

The Turkish Minister and former Chief of the Turkish Armed Forces stated, among other things, that they have supported and continue to support exploratory contacts and confidence-building meetings from the very beginning and the additional initiatives of the Secretary General of NATO.

Also read: Stoltenberg | It is important to find positive steps in the right direction when there are differences between allies

Turkish Defence Minister also said that the biggest obstacle to the solution to the Cyprus problem is, as he put it, the ” Greek-Greek Cypriot duo’s intransigent, unlawful and spoiled stance in the meetings on the Cyprus issue from 1968 onwards.

“A fair, comprehensive and permanent solution to the Cyprus problem is possible only by accepting the fact that the Turkish Cypriot people are co-owners of the island. We are calling on all countries, and particularly the EU to respect the rights of Turkey and our Turkish Cypriot brethren in Cyprus and the Mediterranean. We expect them to be logical, objective and reasonable. The expression ‘fenced-off’ used for the town since 1974 was a thing of the past. The reopening of Varosia (Maraş) complies with international law and is a legitimate move. The area is under the jurisdiction of the TRNC. Turkey has always been by the side of the Turkish Cypriots as a guarantor. Our attitude today is the same as in 1974,” he said.

With information (in Greek) from: CNA