The EU will never accept a two-state solution, says Borrell from Nicosia
Defence Redefined
Published on 05/03/2021 at 14:56 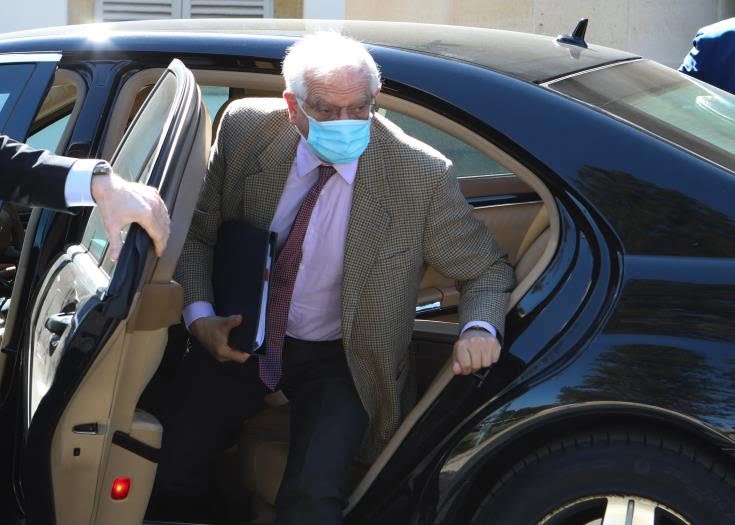 According to CNA, the clear position that Turkey and the Turkish-Cypriot side should stay away from a two-state solution in Cyprus, because this will never be accepted by the EU was expressed by the EU High Representative for Foreign Affairs and Security Policy, Josep Borrell, during his meeting with the President of the Republic, Nikos Anastasiadis, this morning.

According to the same information, Mr. Borell expressed his full support for the President of the Republic’s position regarding the presence of the EU at the informal conference on the Cyprus problem to be held at the end of April in Geneva, as well as at any other conference on the Cyprus issue. He also assured that the decision of the European Council will be implemented as the EU sends a representative to the UN so as to join the UN Secretary General’s team, as Cyprus is an EU member state and the Union has a role to play and a say in the settlement of the Cyprus problem and in the provisions of the solution.

Besides, the EU High Representative conveyed in Nicosia that the Commission’s report on Turkey’s progress will be submitted to the next European Council, which will be held on March 25-26, and pointed out that the EU is concerned about the issue of immigration in relation to Turkey as well, reiterating that the progress of Turkey – EU relations and their deepening depends on Turkey’s general attitude towards European principles and values.

For his part, President Anastasiadis said that Cyprus shares the concerns about immigration, noting that it also faces a problem due to immigrants arriving on the island through Turkey, while a way to tackle migration flows must be found.