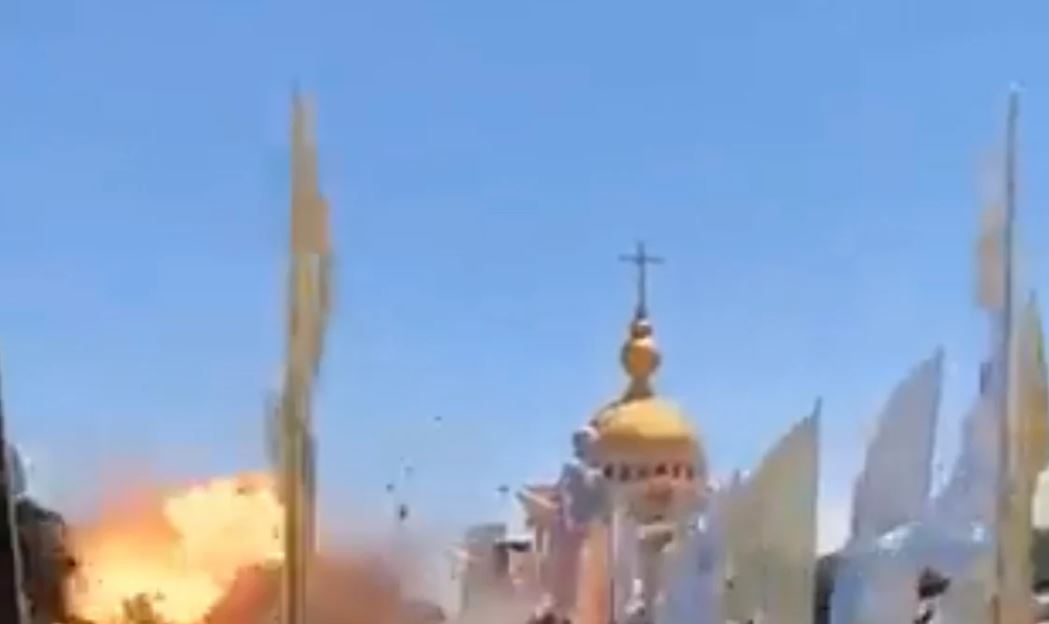 A terrorist attack on the inauguration of the Orthodox Church “Agia Sophia” took place at noon on Sunday in the city of Skelbia in Northern Syria.

Two dead and at least 12 injured are the toll of the drone (or rocket) attack on the inauguration of the Orthodox church “Agia Sophia”, which took place today in Syria, in the city of Al-Suqaylabiyah (Skelbia) in the governorate of Hama.

The attack was caught on camera as worshipers ran for safety. 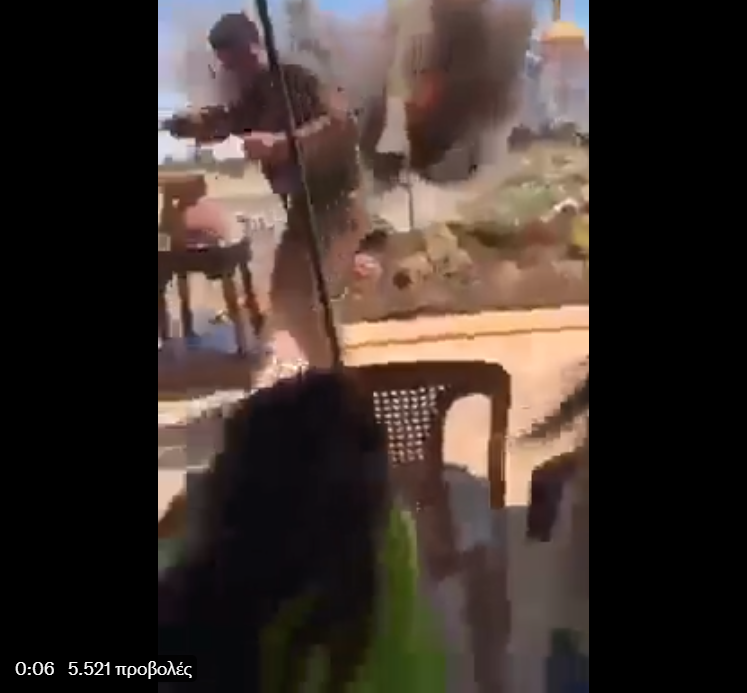 🚨Breaking News | This video shows the terrorist attack on the Aya Sophia Orthodox Church in Hama, Syria. A missile left 2 dead and 12 wounded early Sunday during the inauguration of the church.
Video shared by an attendant. #Hagia_Sophia pic.twitter.com/HSkBfm8iVY

The church is being built as a replica (on a smaller scale) of the Hagia Sophia in Constantinople, a protest against Turkey’s conversion of the church into a mosque.

The construction of the church – owned by the Syrian Orthodox Patriarchate of Antioch – was carried out by the Assad government and Russia had offered its help with engineers and personnel serving at the nearby Russian base in Latakia. Local media attributed the attack to a branch of Al-Qaeda, but stated that it was “supported by Turkey”.

The attack was probably carried out by Unmanned Aerial Vehicles (UAVs), at a time when there were representatives of Muslim communities on the stage of the event and it is assumed that it was intended to be a message for them, due to their support for the opening of an Orthodox church.

As the official SANA news agency reported, “a rocket fired by terrorist organizations targeted a religious gathering in the town of al-Suqaylabiyah near Hama, killing two people and injuring 12.”

SANA reported that the attack took place during a ceremony for the inauguration of the Hagia Sophia church.

About half of Idlib province as well as parts of Aleppo, Hama, and Latakia provinces are controlled by Hayat Tahrir al-Sham, al-Qaeda’s former franchise in Syria.

Other rebel groups in the last pocket of armed opposition to the Damascus regime also remain active, with varying degrees of Turkish support.

Finally, it is worth noting that the Greek military analyst, Savvas Kalenderidis, attended the event.

Also read: Syria | Turkish outpost at a breathing distance from the Syrian and Russian forces