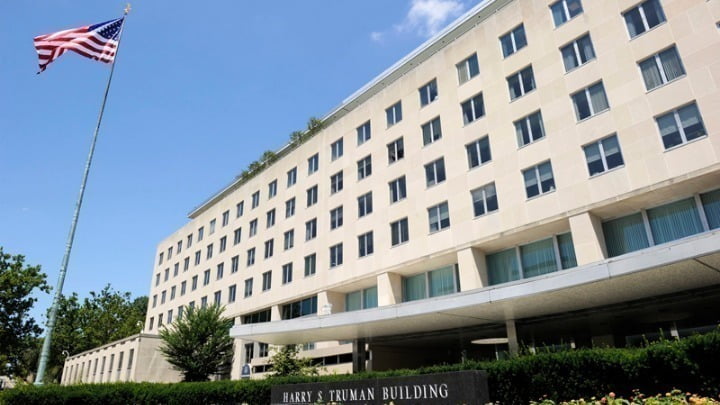 The United States has offered no indication that it is ready to accept the possession of the Russian S-400 anti-aircraft missile system by Turkey, said State Department spokesman Ned Price. The US official was asked if the Biden government ever considered accepting the transfer of S-400 missiles to the NATO Incirlik base as a temporary solution.

“I could not talk about what the previous government might have done. And I would not like to talk about any private diplomatic talks, but let me just say that we have never offered any indication that we are willing to accept Turkey’s possession of the S-400 system. I reiterate that this is incompatible with Turkey’s status as a NATO ally,” said a State Department spokesman.

It is worth noting that the State Department seems to reject all scenarios that want the US to be ready to accept the S-400 stay in Turkey through a compromise solution of technical nature. On all relevant questions, US officials continue to urge Ankara not to retain the S-400, stressing that Washington’s policy on the issue has not changed. During the State Department press conference, Mr. Price appeared to be on the same wavelength.

“Russian S-400s – and we must be very clear about that – are not compatible with NATO equipment. They threaten the security of NATO technology. They are not in line with Turkey’s allied commitments to NATO. We have urged and continue to urge Turkey not to retain this system. In fact, Turkey’s possession of this system induced sanctions under CAATSA law. At the same time, Turkey is a long-standing and valuable NATO ally. That is why it is especially important for us that Turkey recognizes the incompatibility of the S-400 system with its status as a NATO ally.”

Mr. Price went on to explain that the specific positions were conveyed by Foreign Minister, Anthony Blinken, to the Turkish officials whom he contacted, while he estimated that President Biden would do the same during the upcoming meeting with Turkish President Recep Tayyip Erdogan. As he said, “this is the message sent by Minister Blinken (to the Turkish officials). President Biden will, of course, have the opportunity to see his Turkish counterpart on the sidelines of the NATO summit in the coming days. I would not like to preview this conversation, but our opposition to the possession of the S-400 system and our deep conviction that it is incompatible with Turkey’s status as a NATO ally is something we have repeatedly clarified to the Turks.”