Skopje | Election of Dimitar Kovacevski’s government scheduled for the weekend
Defence Redefined
Published on 12/01/2022 at 14:30 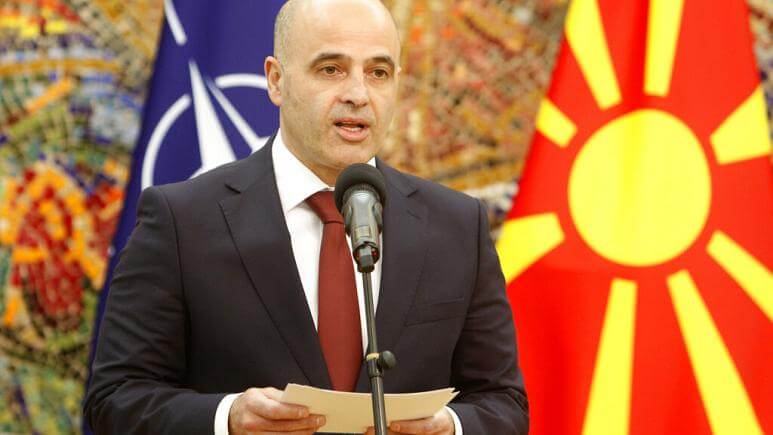 The mandatary and leader of the ruling Social Democratic Party (SDSM) Dimitar Kovacevski yesterday submitted to Parliament the proposal for the composition and program of the new government.

A parliamentary session is expected over the weekend for Kovacevski’s government to receive a vote of confidence. The debate in Parliament on the election of a new government lasts two days.

Kovacevski said his government’s priorities would be to tackle the country’s energy crisis and raise the living standards of its citizens.

The new government will not include several members of the current government of Zoran Zaef, who, after the heavy defeat of SDSM in the municipal elections held last October, resigned as Prime Minister of Skopje and the leadership of this party, giving office to Dimitar Kovachevsky.

Among others, the new government will not include the current Deputy Prime Minister in charge of European affairs, Nikola Dimitrov, the Minister of Defence, Radmila Sekerinska, and the Minister of Health, Venko Filipce, who come from SDSM.

Instead, Ministers from the country’s largest Albanian party, the DUI (Foreign Affairs, Finance, Economy, Environment) will remain in office.

In the current government, in addition to SDSM and some smaller parties with which it cooperates, the Albanian DUI of Ali Ahmeti also participates, while in the new government will also participate the Albanian party “Alternative”, which will take over three Ministries (Health, Public Administration and Diaspora).