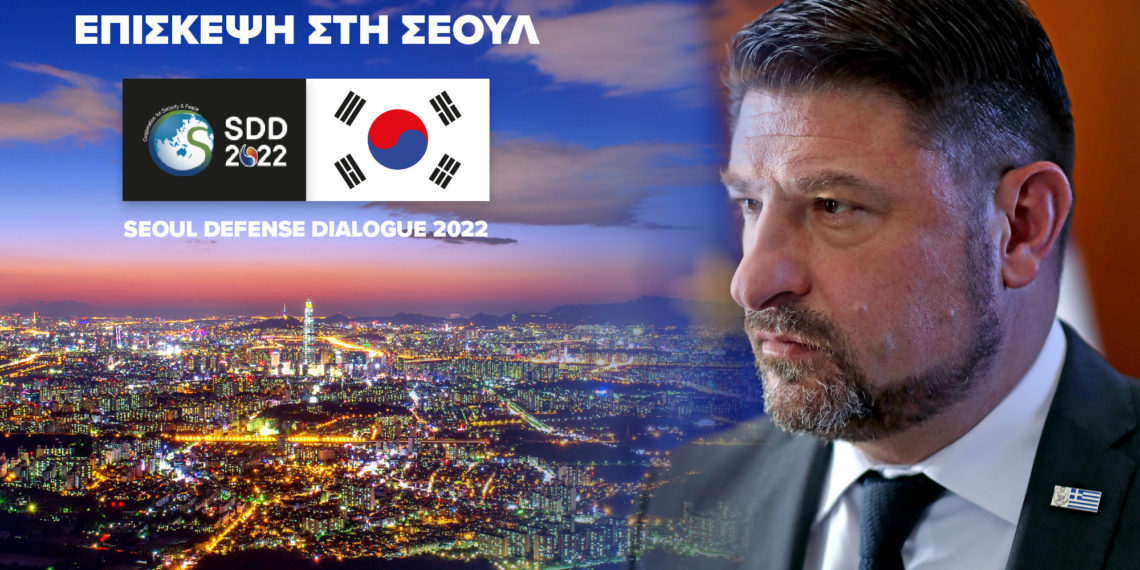 The Deputy Minister of National Defence, Nikos Hardalias, is making a four-day official visit to the Republic of Korea. The visit will last from today Sunday 4 to Wednesday 7 September.

As announced, the visit comes at the invitation of his South Korean counterpart, Shin Beom Chul, to participate in the International Conference of Deputy Ministers of National Defence “Seoul Defence Dialogue 2022”.

He will also sign a memorandum of understanding with Defence Acquisition Minister, Eom Donghwan, between the Defence Acquisition Program Administration of the Republic of Korea and the Ministry of National Defence on defence industry and logistics cooperation.

During his stay in Seoul, the Minister will meet with His Eminence Metropolitan of Korea, Most Reverend and Exarch of Japan Ambrose, at the Metropolis headquarters, Saint Nicholas Cathedral.