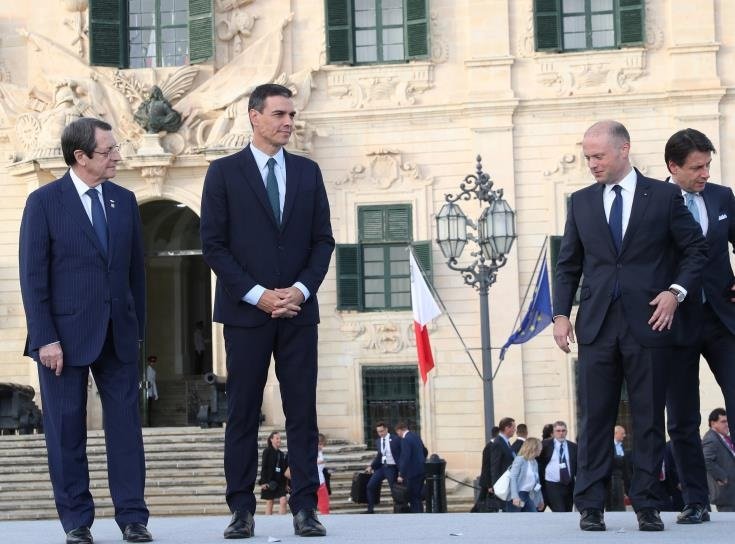 In statements following the Cabinet meeting, the Deputy Government Spokesman, Panagiotis Sentonas, said that the President of the Republic will inform the participating leaders “about the ongoing illegal actions of Turkey within the maritime zones of the Republic of Cyprus, but also about the Turkish threats to the settlement of the besieged city of Varosia, as well as the latest developments in the Cyprus issue and the initiatives he is taking to resume talks.” He added that the Summit is expected to result in a joint declaration of the seven Mediterranean states.

Referring to President Anastasiadis’ participation in a teleconference that will take place tonight with European Council President, Charles Michel, German Chancellor, Angela Merkel, and a group of five other European states, the Deputy Government Spokesman said that the issue to be discussed is Turkey and the escalating tension it causes in the Eastern Mediterranean region.

He noted that the aim of the Summit is to coordinate, seek convergence and define common positions of the seven countries on issues related to the EU course, the future of Europe and the current challenges facing the EU.

More specifically, he said, the Summit will focus on promoting a program of peace and stability throughout the Mediterranean region, but also the search for a new ambitious Mediterranean policy based on the principles and values of the countries, but also on the interests of the Mediterranean states participating in the meeting.