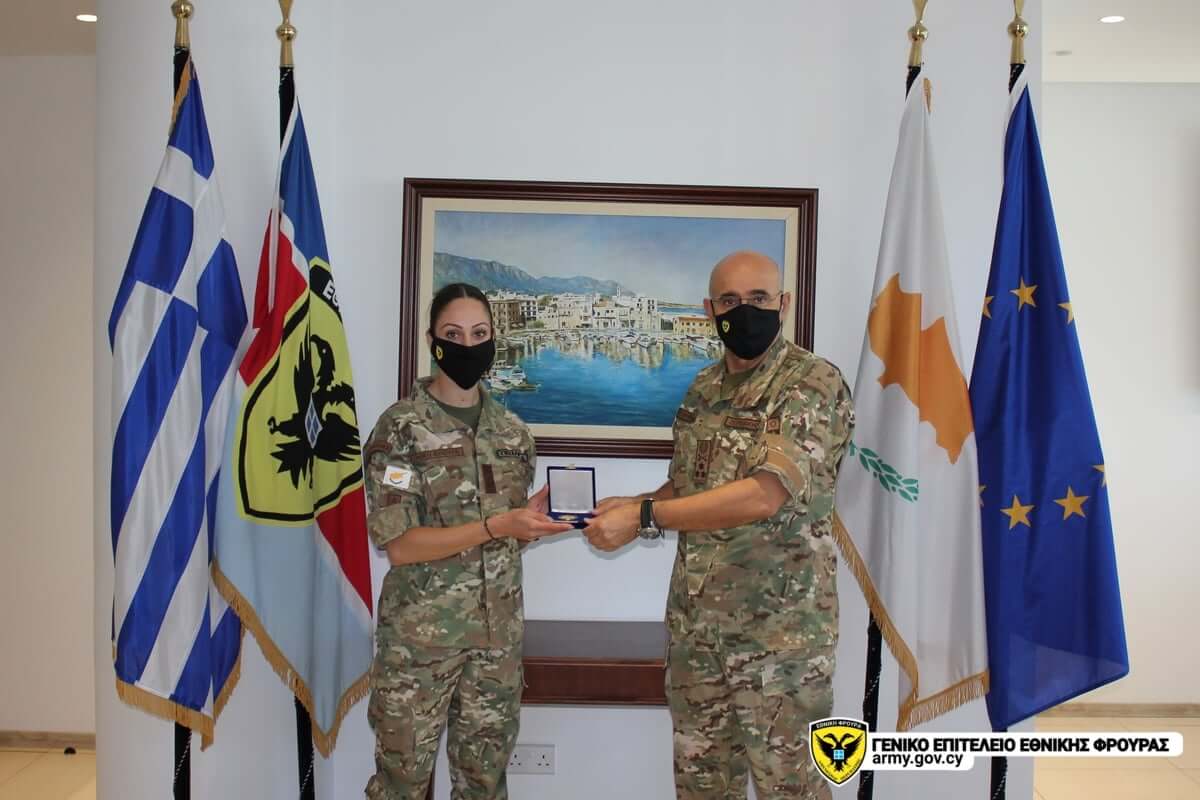 The Chief of the National Guard, Lieutenant General Democritus Zervakis, welcomed today in his office, the athlete of the Gymnastic Club Olympia, Contracted Soldier (SYOP) Private Marianna Pisiara. The latter holds many distinctions in local and international track competitions, such as the 3 silver medals in the competitions of small European countries and the Pancypriot record in the 4×100 relay for women under 20 years of age.

The Chief congratulated Marianna on her success so far, thus honoring the National Guard and consequently the Republic of Cyprus, and wished her every success in her subsequent military and sports career.