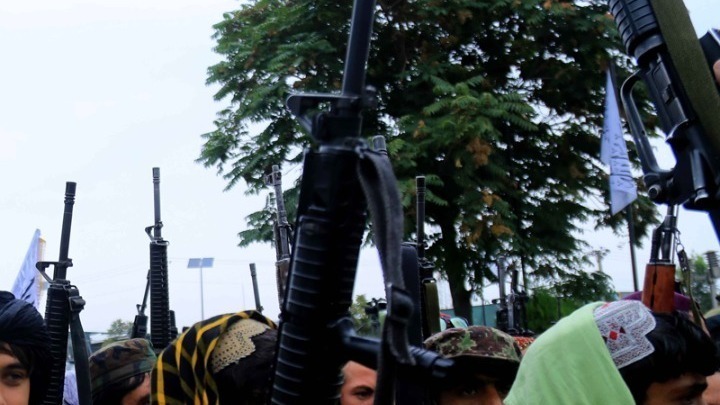 The Pakistani Taliban on Monday announced the end of a ceasefire they had declared in June, but it was only partially adhered to on their part, ordering their fighters to resume attacks across Pakistan.

The Tehrik-i-Taliban Pakistan (Taliban Movement of Pakistan), an organization distinct from the Afghan Taliban yet sharing the same ideology, has killed tens of thousands of people, civilians, and members of the security forces since its establishment in 2007. It is estimated that the victims of its action are almost 80,000.

Although it has weakened since 2014 following intensive operations by the Pakistani military, it has rebounded since the Taliban returned to power in Afghanistan in August 2021, amid the withdrawal of foreign troops, especially those of the United States, after a two-decade war.

The movement in question justified the end of the ceasefire, which it had extended indefinitely in July to facilitate peace negotiations with representatives of the Pakistani state, citing its breach by Islamabad.

An announcement from the leadership of the Pakistani Taliban says that they have shown great patience so as to not sabotage the peace process, but the army and the intelligence services have not stopped their attacks, so now they will launch retaliatory attacks across the country.

Peace talks began in May in the Afghan capital, Kabul, brokered by the Afghan Taliban, but there has been no substantial progress since then.

The ceasefire was never really respected, neither by the movement, which multiplied targeted attacks – no longer against civilians, but mainly against security forces – nor by the Pakistani military, which has never stopped pursuing fundamentalist militants.

The movement was formed by Pakistani jihadists, allies of al-Qaida, who fought alongside the Afghan Taliban in the 1990s, before rebelling over Islamabad’s support for the US when the US-led international alliance began its invasion of that country.

It was at the peak of its power from 2007 to 2009, when it controlled the Sawat Valley, not even 140 kilometers from Islamabad, imposing its own highly fundamentalist version of Islamic law.

The group is particularly notorious for the deadliest attack in Pakistan’s history: around 150 people, mostly students, were massacred in December 2014 in a raid on a military school in Peshawar.

Weakened by frequent US UAV strikes, its internal divisions, and the emergence of the Islamic State jihadist group, it was eventually driven from the semi-autonomous tribal lands of northwestern Pakistan into Afghanistan during the army’s large-scale operation in 2014.

It began to regroup in the summer of 2020, with dissident factions coming together. Yet its fortune seemed to really change after the Taliban seized power in Kabul.

The movement’s attacks have increased by 50% since August 2021 and have claimed the lives of at least 433 people, according to Pakistan’s PIPS Institute. At the same time, the organization seems to have systematically blackmailed businessmen and politicians to secure funding, according to testimonies gathered by AFP.

The Pakistan-Afghanistan border has been a source of increasing tension for a year. Islamabad accuses the Afghan Taliban of allowing the movement to plan and organize attacks on Pakistani territory there, an accusation denied by the regime in Kabul.