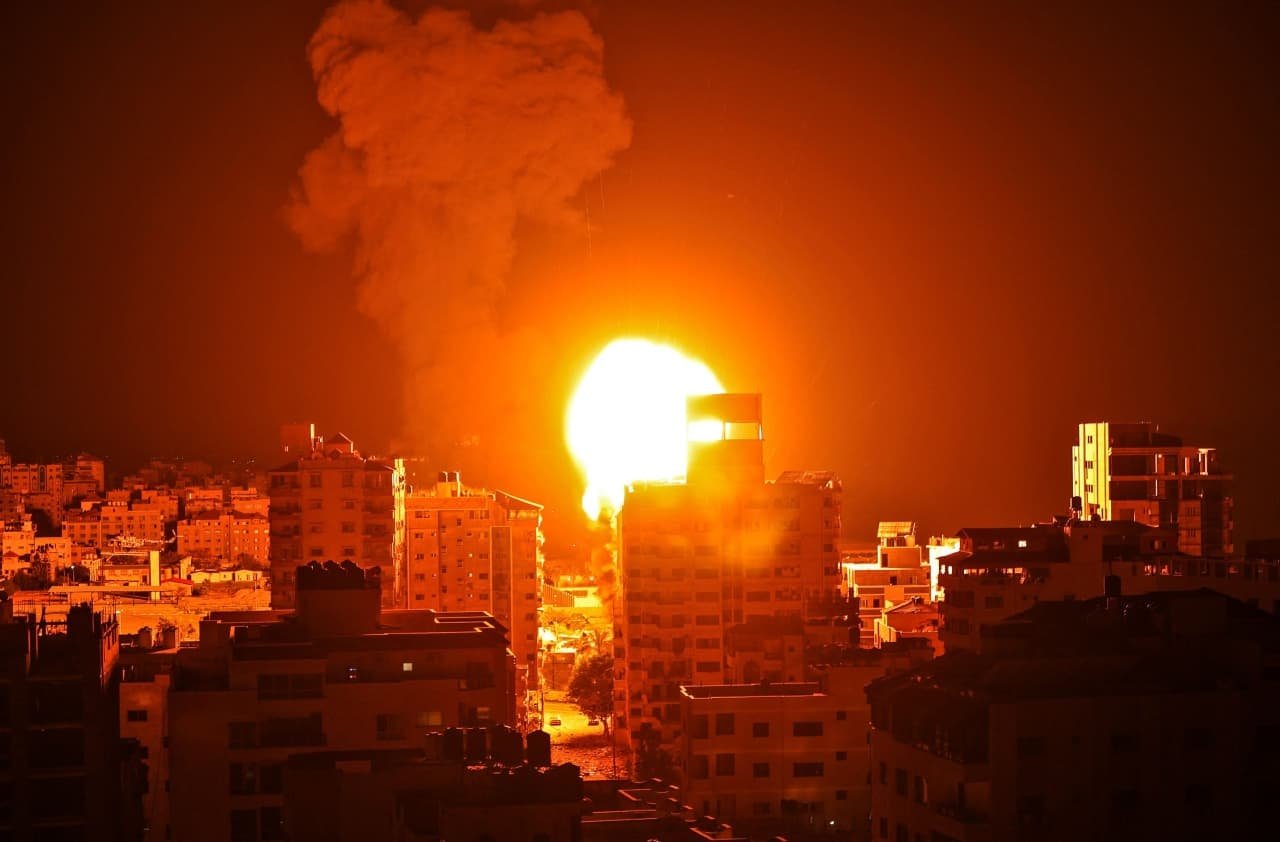 Early today, the Israeli Air Force (IAF) launched a series of heavy airstrikes in the Gaza Strip, following a bloody week with about 200 people having lost their lives in the hostilities between the Jewish state and the Islamist group Hamas. The latter continue to ignore international calls for de-escalation.

In response to continuous rocket fire at Israeli territory, over the last 24 hours, IAF fighter jets and aircraft struck over 90 Hamas and Islamic Jihad terror targets throughout the Gaza Strip. pic.twitter.com/PZwn152FWH

Late Sunday, the Israeli Air Force pounded the Gaza Strip with dozens of blows within minutes, causing extensive power cuts, according to a French Agency reporter. Hundreds of buildings were damaged, according to Gaza authorities, who have not yet given information on whether or not there were casualties.

The new Israeli strikes were recorded as the Palestinian enclave, ruled by Hamas Islamists, recorded its heaviest daily death toll since the new round of violence broke out last Monday night: 42 Palestinians, including at least eight children and two doctors, were killed, according to the Gaza Ministry of Health.

In all, 197 Palestinians have been killed since May 10, including at least 58 children, and more than 1,200 have been injured. On the Israeli side, authorities say 10 people were killed, with two children among them, and 282 were injured.

The armed forces of Palestinian factions, including Hamas, have fired more than 3,100 rockets against Israeli territory since the escalation began, the Israeli army said yesterday. This is the highest launch rate ever recorded, according to the same source, who said most of them were intercepted by the Iron Dome air defence system.

video of launches from #Gaza into #Israel caught on live stream. pic.twitter.com/BYNItFBC6d

“Our campaign against terrorist organizations continues” and is “in full swing,” Israeli Prime Minister Benjamin Netanyahu said yesterday, defending the blow that leveled a 13-storey building housing the offices of the international media, especially Al Jazeera (Qatar) and the American news agency Associated Press. It was a “perfectly legitimate target”, he insisted, adding that members of Hamas’ intelligence service were based in the building.

The Israeli military, which says it is targeting Hamas facilities and equipment, as well as members of the organization and underground facilities, accuses the Islamist group of using civilians as “human shields”.

video of launches from #Gaza into #Israel caught on live stream. pic.twitter.com/BYNItFBC6d

Yesterday Sunday, the IAF hit the property of the head of the Hamas Political Bureau in the Gaza Strip, Yahya Sinoar, and his brother, a “terrorist”. Sources close to the Palestinian security forces confirmed the strikes, but added that they did not have any information on the fate of Mr. Sinoar.

The most recent Israeli Army operation in the Gaza Strip, an area of ​​two million people that has been under Israeli siege for more than ten years, dates back to 2014. The war between Israel and Hamas then lasted 50 days and had cost the lives of at least 2,251 people on the Palestinian side, mostly civilians, and another 74 on the Israeli side, almost all military.

Violence has spread to the occupied West Bank, where the Palestinian Ministry of Health says 19 people have been killed since May 10. “Continued violence could provoke an ‘uncontrollable’ crisis, ‘from a security and humanitarian point of view, and further encourage extremism’,” UN Secretary-General Antonio Guterres warned yesterday at the beginning of an extraordinary meeting of the Security Council.

“This absurd cycle of bloodshed, terror and destruction must stop immediately,” he insisted, while the third meeting taken via videoconference – in public this time – of the Council was fruitless. According to several diplomats who spoke to the French News Agency, the United States has continued to reject any joint statement calling for an end to hostilities.

In Israel, the conflict has sparked unprecedented unrest in many cities with mixed Israeli and Arab populations: synagogues have been attacked, street clashes have broken out, Israeli far-right attacks have taken place, and lynching threats have been made.

“The conflict raises the risk that Israelis and Palestinians will be led to a continuing escalation of violence, with devastating consequences for both communities and for the region as a whole,” Guterres warned yesterday.