“One Ocean” | Nikos Anastasiadis meets with Emmanuel Macron and John Kerry
Defence Redefined
Published on 11/02/2022 at 12:00 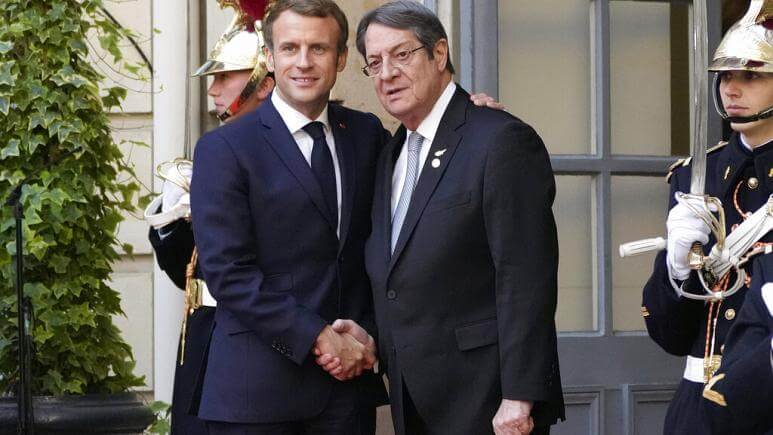 The President of the Republic, Nikos Anastasiadis, will participate today, in Brest, France, in the “One Ocean” Summit, organized by the French Presidency of the EU, on the sidelines of which he will have meetings with French President Emmanuel Macron and US Presidential Envoy for Climate, John Kerry.

Last night, President Anastasiadis briefed the President of the European Council, Charles Michel, on the efforts to resume the dialogue on the Cyprus issue.

According to Government Spokesman, Marios Pelekanos, during the working meeting with the President of the European Council, President Anastasiadis informed Mr. Michel about the efforts being made to overcome the impasse and resume the process for resolving the Cyprus issue, expressing at the same time his frustration with the continuing refusal of the Turkish side to accept the appointment of an envoy of the UN Secretary-General.

The President of the Republic also referred to his proposals for the adoption of a substantial package of Confidence-Building Measures aimed, on the one hand, at cultivating a positive climate that would facilitate the preparation of the ground for the resumption of negotiations on the Cyprus issue within the framework of UN agreed parameters, and on the other hand, the cessation of Turkish illegal actions on land and at sea, which are harmful to Cyprus and its people, Greek-Cypriots and Turkish-Cypriots, the wider region and the European Union itself.

President Anastasiadis, according to the Government Spokesman, asked for the assistance of the European Union for the promotion and implementation of the specific Confidence Building Measures, which, as he said, are supported by Turkish-Cypriot organized groups, while encouraging members of the Union for the settlement of the Cyprus problem, which are certainly complementary to the Good Services of the UN Secretary-General.

As part of his participation in the work of the “One Ocean” Summit, which begins this morning, President Anastasiadis will address a roundtable discussion on “An Ocean of Solutions for Climate Change”.

The President’s speech shall be the dealing of climate change with a focus on Green Shipping.

The discussion will also be attended by President Macron and a group of leaders of EU member states, other states, and international organizations, as stated by the Government Spokesman.

Mr. Pelekanos also said that with Mr. Kerry, the President of the Republic will discuss at length his initiative to address the effects of climate change in the Eastern Mediterranean and the Middle East.

Also read: Dendias and Heaton-Harris | The Cyprus issue, the Turkish stance, the Ukrainian Issue and the UK-Greece cooperation on the agenda