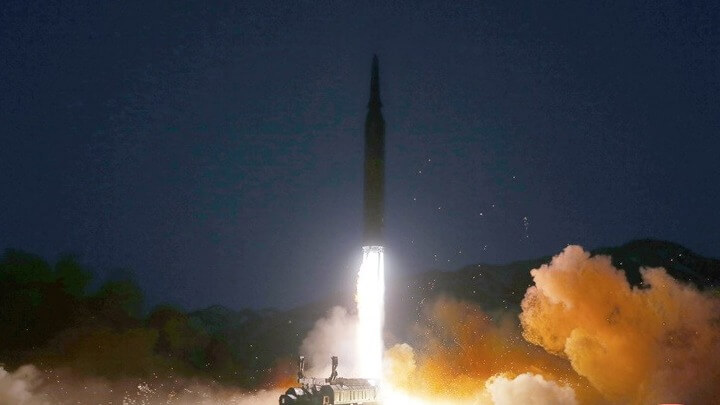 This is the third test of such a weapon system in Pyongyang in less than ten days. The missile, after taking off, headed east towards the sea, clarified the General Staff. Pyongyang had already fired two missiles, claiming to be supersonic, on January 5 and 11.

The Japanese Coast Guard noted that it recorded the launch at 14:55 (local time; 07:55 Greece time) of one or more ballistic missiles from North Korea, as it seemed.

Despite international sanctions imposed on it over its banned weapon programs for acquiring nuclear weapons, ballistic missiles, and other advanced weapons, the second test, which was attended by the country’s leader Kim Jong Un, led to the imposition of new US sanctions on five people linked to the North Korean ballistic missile development program.

A spokesman for the North Korean Foreign Ministry accused the United States of looking determined to “deliberately escalate” the situation.

If Washington “adopts such confrontational behavior,” Pyongyang “will have to react more forcefully,” a spokesman for North Korean diplomacy was quoted as saying by the country’s official KCNA news agency.

Also read: China shall continue to “modernize” its nuclear arsenal