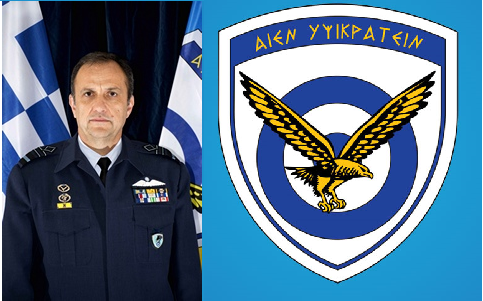 Air Marshal Themistoklis Bourolias is the new Chief of the Hellenic Air Force General Staff. After today’s meeting of the Government Council of National Security under Prime Minister Kyriakos Mitsotakis, several decisions regarding changes in the Air Force Command have been made.

Air Marshal Themistoklis Bourolias was born in Ilioupoli, Attica. He joined the Hellenic Air Force Academy in 1980 and was nominated Pilot Officer in 1984. He has served as Chief of the Hellenic Tactical Air Force since January 2019. He is responsible for the Greek Air Defence and exercises control and management across the National Airspace. In addition, he is responsible for organizing, training, equipping and maintaining the combat capability and operational readiness of the Hellenic Air Force warplanes for their immediate deployment in both peacetime and wartime.

The new Chief is a graduate of: