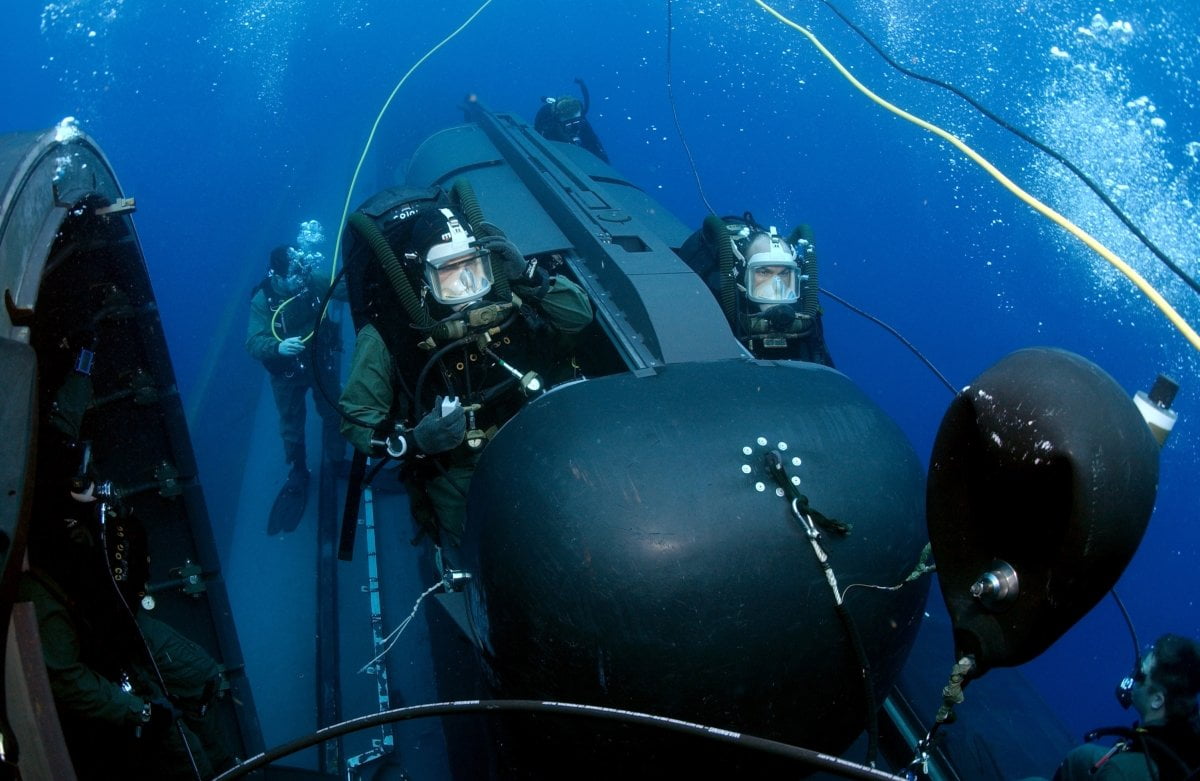 The “SEAL Delivery Vehicle” (SDV) is a unique mini-submersible designed for the most sensitive SEAL Team missions. It is operated by the US Navy and the British Royal Navy. 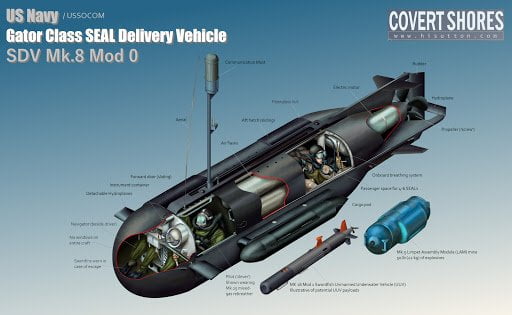 With a length of about 7 meters (20 feet) the electric submersible, that uses lithium batteries (Li-Ion), can carry up to 6 people and their gear over a distance of more than 30 Km (18 nautical miles) with a maximum speed of 11 km/h (6 knots).

Water floods the interior of the submersible in contrast to conventional submarines and the SEALs who ride it wear their diving suits with special underwater breathing apparatus (rebreathers) that give off no bubbles. SDVs are generally launched from a Dry Deck Shelter on the back of a submarine, although they may also be deployed from amphibious carriers and other surface ships equipped to launch and recover the SDV. SDVs are launched and recovered into an operational area from airplanes as well or may be launched from the shore. 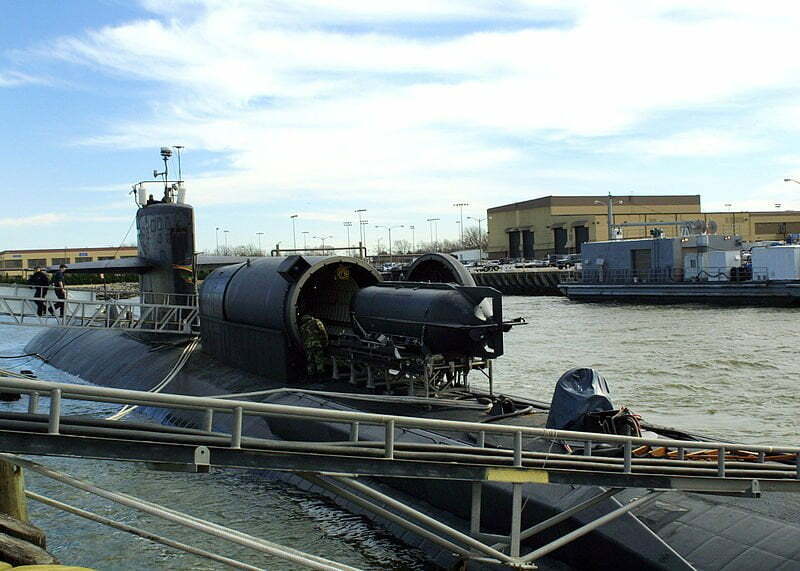 SDVs are primarily used for clandestine operations in hostile environments as they are very difficult to be detected due to their size and electrical propulsion. They are also used for underwater mapping and terrain exploration as well as reconnaissance missions. They may also be used to place mines on surface ships.

Navigating the SDV is not an easy task as it requires special training since the operators use hand and foot signals to reduce noise.

The Seals’ gear inside the SDV is the most sophisticated in a SEAL Team’s arsenal since according to Alden Mills, the non-magnetic diving equipment (worthing

$ 60,000) and the MK 16 dive rigs offer the possibility to dive for up to 8 hours. However, the biggest “enemy” of the Navy Seals is the low sea temperature which can be fatal to the outcome of their mission. And this due to the problems it can cause to the human body (vomiting, or even nausea) as reported by Alden Mills in the article “Driving a US Navy SEAL Delivery Vehicle with the Best Teammates in the World.”