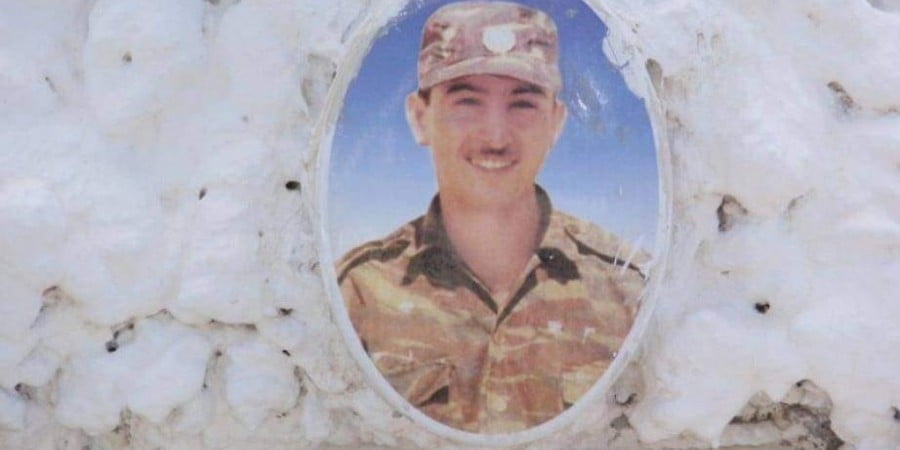 On May 28, 1988, at about 07:00 in the morning, national guard Charalambos Charalambous, together with his colleague Giannis Kallesis and the other soldiers of the outpost “Oxos” in Athienou, during their military service, heard people shouting in a house opposite their outpost.

A Turkish Non-Commissioned Officer had entered a house illegally. The unarmed national guards immediately rushed to offer help, ignoring the danger that lay ahead. The Turkish invader, who had fled to the free areas, opened fire as soon as he saw the national guards, while leaving the house.

Charalambos Charalambous then became immortal, having fallen dead from the fire of the Turkish NCO. Giannis Kallesis was seriously injured.

Immediately, the Emergency Response Unit (MMAD), with a surprise operation, surrounded the house and neutralized the Turkish NCO. The operation was one of the most important executed by the MMAD.

Charalambos Charalambous was the first of the five children of Tasos and Panagiota and was born in Xylofagou. Coming from a family with rural background, he was gifted and distinguished by his kindness and willingness. He graduated with honors from the American Academy in Larnaca and his future was thought to be bright.

In Athienou, next to the outpost “Oxos”, a monument has been erected in memory of Charalambos Charalambous.