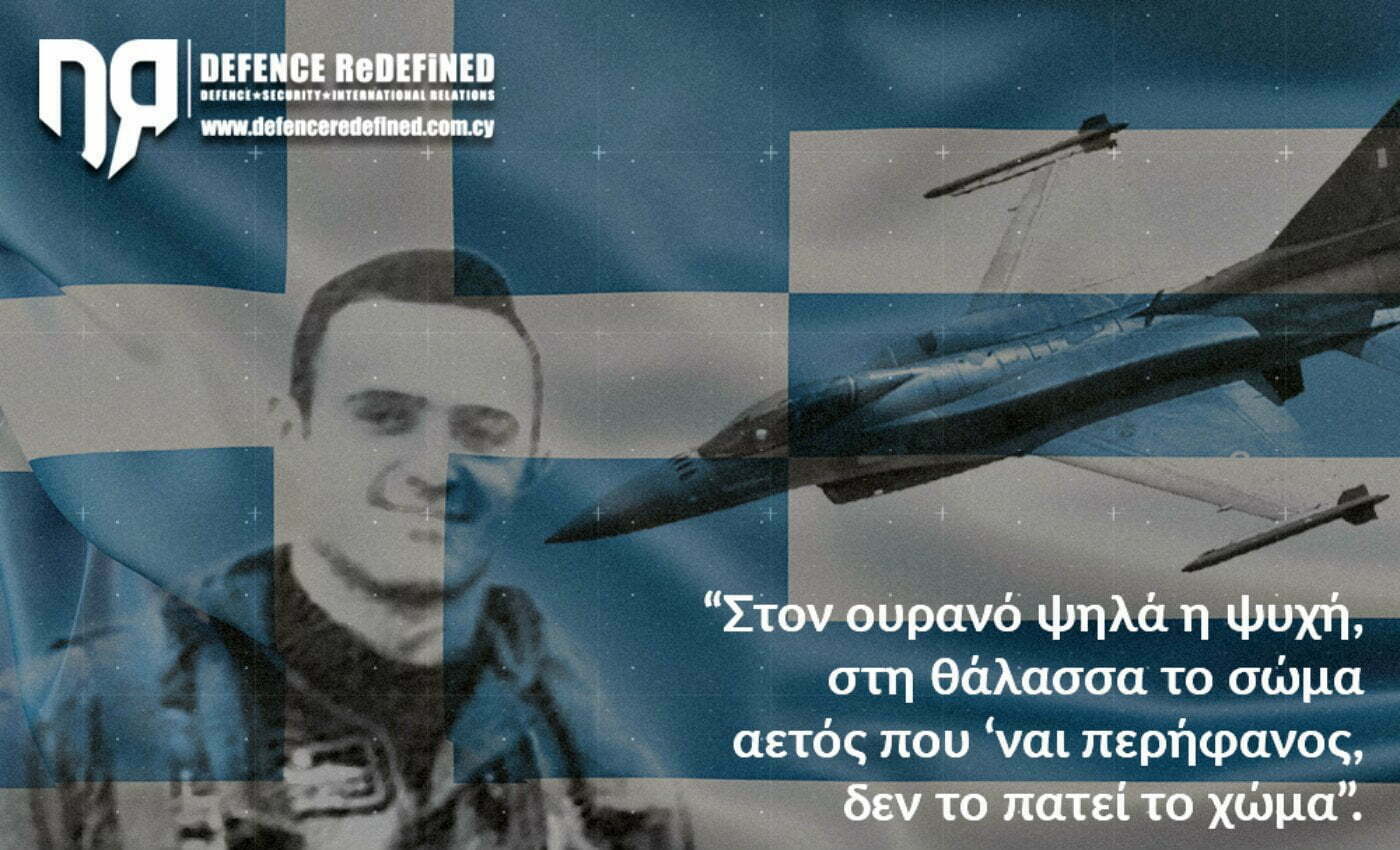 Today marks the 14th anniversary of the death of Squadron Leader Costas Iliakis, and the Armed Forces, through the Air Force, honor the memory of the “eagle” that was killed because of its Turkish provocation.

Costas Iliakis was born in Chania on August 15, 1970. He was the fourth son of Ioannis and Irini Iliakis.

He studied in the public schools of Primary and Secondary Education of Chania. Modest, with a low-profile, but at the same time methodical and calm under any circumstances, with a love for planes from a young age, in 1989 he achieved his admission to the Hellenic Air Force Academy, his only choice in the Panhellenic exams.

He was a diligent cadet and he was sworn as a Pilot Officer in the summer of 1993. He was placed in the 120th Air Training Wing to complete his flight training with T2 aircraft. It was then deployed at 115 Combat Wing (CW), 340 Bombing Squadron (BS) on A-7 Corsair aircraft.

During these years he attended various schools of the Hellenic Air Force (HAF), such as the Weapons and Tactics School and he graduated from the Tactical Leadership Program. Due to his high level of training he was distinguished in all kinds of missions. This, combined with his skills and conscientiousness, made him one of the most capable professionals in his field and so he was selected in 2002 to be part of the core of the 10 Officers who were sent for training in the new F-16 Block 52+ in the USA. He completed his education and returned to Greece, to the 347th Squadron in Anchialos, until the new F16’s arrived at 115 CW.

After 8 months, in June 2003 he was transferred to the 340 Squadron, his favorite “Fox”, where he gained additional experience in interception with the new F-16 Block 52+, participated in the planning and execution of Operations at night and apart from that he was also a pilot trainer.

On May 23, 2006, after a serious incident between Greek and Turkish fighters, Konstantinos Iliakis’ plane crashed near Karpathos.

According to the events of the time, after an air battle (dogfight), the Turkish and the Greek F-16 piloted by Iliakis, collided during an engagement over Karpathos, causing both to fall into the sea. The Turkish pilot was rescued after ejecting his aircraft in time.

After conducting investigations, the General Staff of the Hellenic Air Force (GEA),  drew up an official conclusion on the conditions of the downing of the Greek fighter, acknowledging the fact that Iliakis carried out his mission perfectly.

Konstantinos Iliakis was the father of two children, a 1.5-year-old and a 5-year-old.

On December 28, 2006, at the traditional ceremony of awarding medals and rewards by the Academy of Athens, Iliakis was awarded the silver medal of virtue and self-sacrifice.