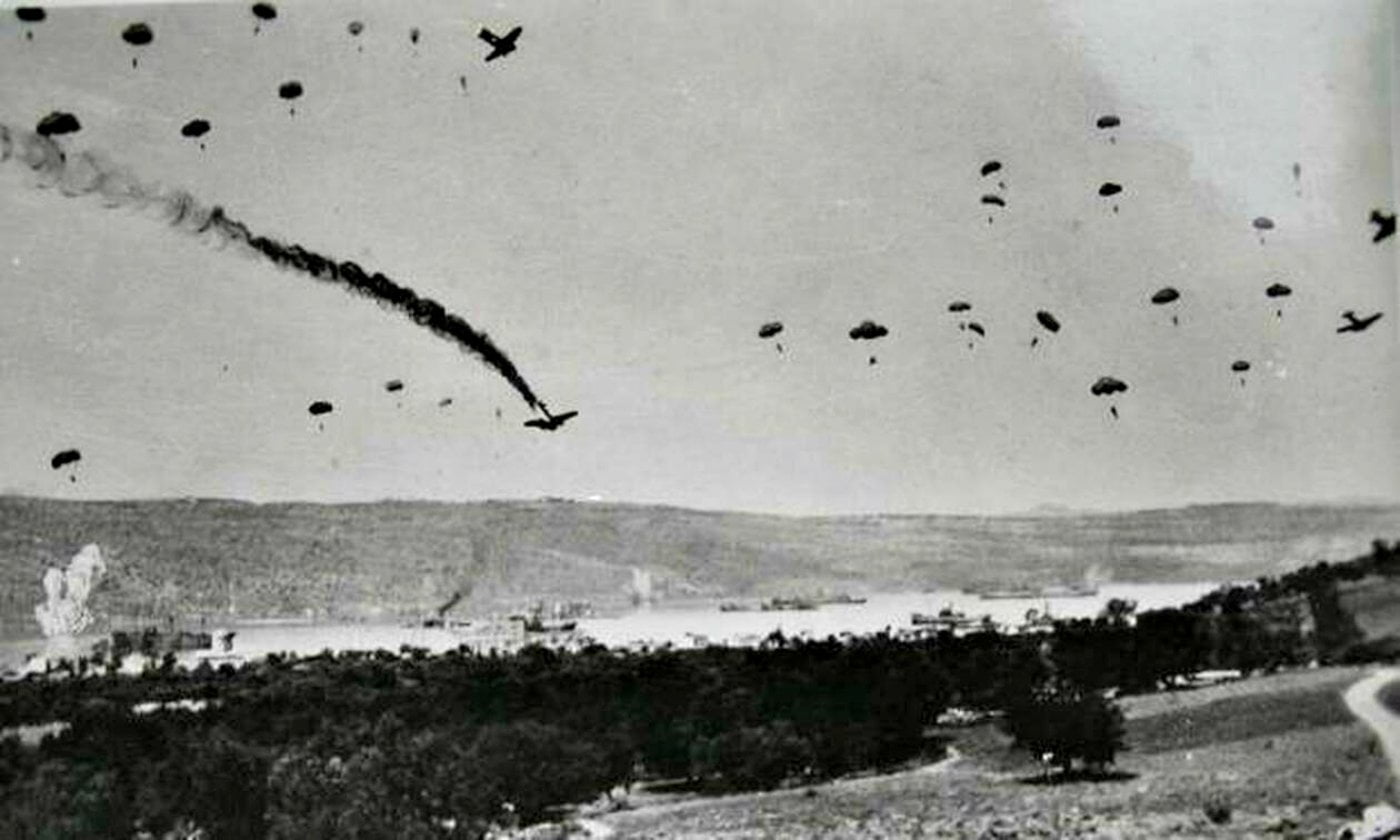 At 08:00 on the morning of May 20, 1941, the German air strike against Crete began. The attack was carried on with paratroopers at Maleme Airport and in the greater Chania region, an action which is considered as the first major air strike operation.

The Germans were well aware of the importance of Crete’s geographical location. On October 25, 1940, Lieutenant General Franz Halder, Chief of General Staff of the Army, stated that sovereignty in the eastern Mediterranean depended on the occupation of Crete and that the best way to achieve this would be air invasion, while Alfred Yold , chief of staff of the Armed Forces General Staff, had suggested that Crete could be occupied by the Italians so that it would not fall into the hands of the British.

The German invasion had to be carried out quickly and lightning fast, in order to continue their conquest plans to Russia, Malta, Cyprus and North Africa. The proposal for an air invasion of Crete was made by the head of the German Air Force, Hermann Goering, by Brigadier General Kurt Studen, creator of the Parachute Division and commander of the 11th Air Force Corp.

Junkers Ju 52 aircraft during the battle of Crete

Its management was entrusted to Goering, its design and implementation to the foreman Alexander Ler. The 11th Air Force consisted of units fighting on the ground, the 7th Paratroopers Division and the 22nd Airborne Division. The 8th Air Force included 550 bombers and fighting aircraft. The operation codenamed “Hermes” was the first mission to be carried out by the air force.

On the eve of the attack, the allied forces on the island had a regular advantage on land and sea, while the German forces on the air.

The defence of Crete consisted of Greek soldiers (those who had remained on the island) and forces of the British Commonwealth (British, Australian and New Zealand soldiers), who had escaped from occupied Greece. New Zealand General Bernard Freiberg, 52, a veteran of World War I, was in charge. The island’s defence numbered about 40,000, but there were shortages of weapons, mainly for Greeks.

The first waves of German paratroopers were immediately confronted by the defending Greeks and Allies defending Maleme. A large number of residents of the island also took part in the battles with all the weapons at their disposal, such as knives from the time of the Cretan Revolution.

The thousands of Cretans who took part in the defense of the island were a factor that the German military had not taken into account. They were convinced that the Cretans would welcome the Germans as liberators. In addition, the Germans believed that the number of fighters in Crete was only 5,000 men.

At 16:00 on the afternoon of May 20, a new wave of paratroopers crashed in Rethymnon and an hour later in Heraklion. The battles were fought on four fronts, in Chania, in Maleme, in Rethymno and in Heraklion.

The first day of the Battle of Crete ended with quite large losses for the Germans and differentiated data regarding its outcome.

The fighting continued the next day with great intensity on all four fronts. The Germans were consumed in the occupation of Maleme airport, as their primary goal, and they succeeded on the night of May 21, but at great cost.

On May 28, the outcome of the struggle had been judged and London decided to withdraw the Commonwealth forces from Crete and transfer them to Egypt. Several units were handed over to the Germans while several Greek fighters climbed the inaccessible mountains of Crete to continue the fight.

On June 1, 5,000 fighters surrendered to Sfakia and thus the curtain fell on the Battle of Crete.

German tombs during the battle of Crete

The Battle of Crete was also named the “German Paratroopers’ Cemetery” due to heavy casualties, forcing Hitler not to attempt air invasion again.