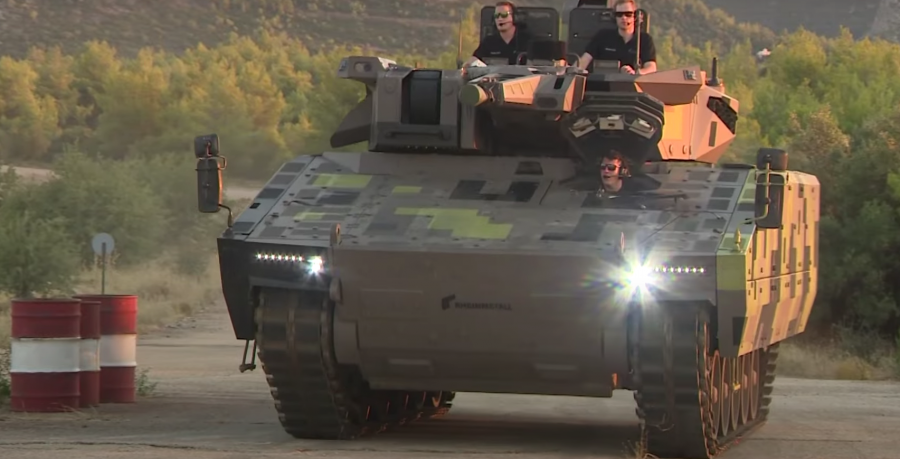 Rheinmetall released today the video depicting the trials of the KF-41 Lynx infantry fighting vehicle (IFV) held in Avlona. The said trials were conducted in July at the Armored Vehicles Training Center in Avlona where the vehicle’s long-awaited presentation took place before officials of the Hellenic Army.

The Greek insignia of the KF-41 Lynx “coat of arms” is depicted. In fact, the first photo of the Greek insignia was shown at EODH’s booth – which collaborates with Rheinmetall – at the DEFEA 2021 exhibition, which DEFENCE ReDEFiNED also participated in.

The capabilities demonstration included, among others, day and night target detection and a detailed analysis of the vehicle’s technical characteristics. What attracted close attention was the vehicle’s silent watch capability in low-light conditions, in which its electro-optical system detected targets at distances greater than 1500 meters. In this mode, the vehicle is powered by lithium-ion batteries, which allow full, long-lasting functionality of the Lynx turret and armament as well as all of its electronic systems. 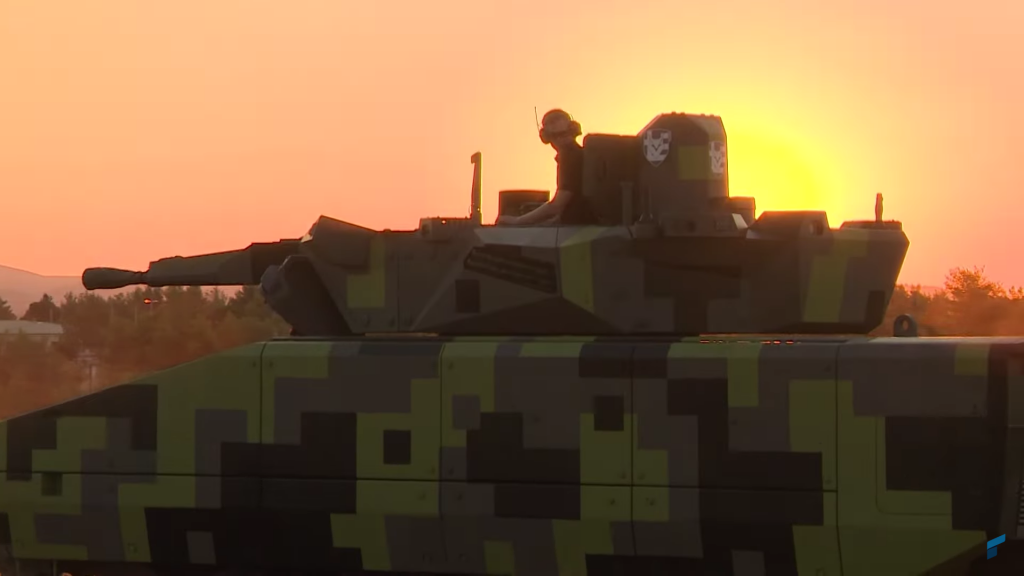 The armament of the Lynx IFV includes a 35 mm Wotan cannon on a Lance 2.0 turret cabaple of using Reinmetall’s 35 X 228 mm family of ammunition, while it can also carry guided anti-tank missiles such as Rafael’s Spike LR2 with the capability of integrating other anti-tank systems as well.