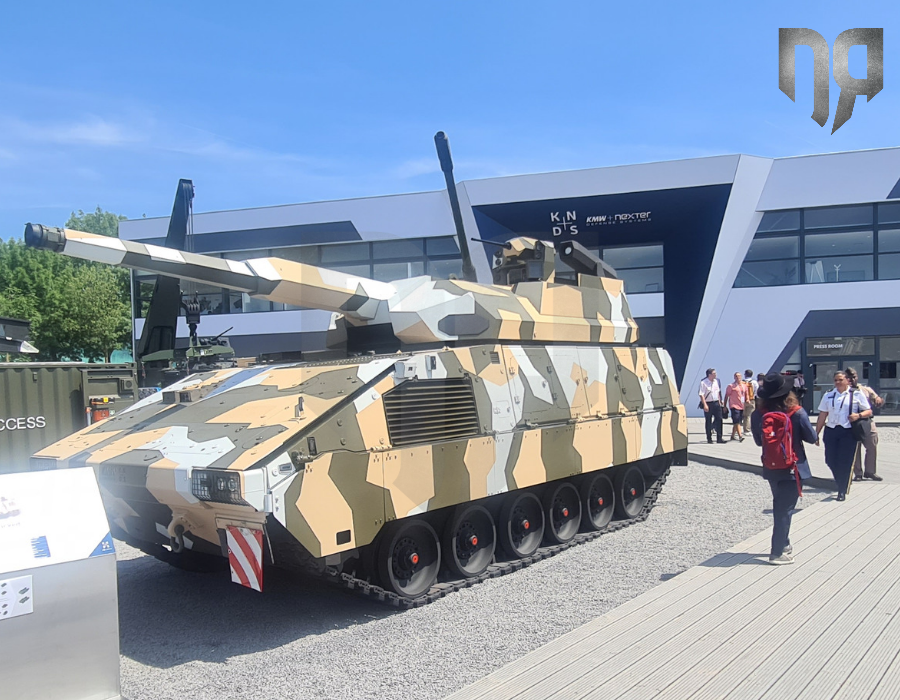 The German company KMW (Krauss-Maffei Wegmann) presented for the first time the tracked version of the BOXER multi-role armored vehicle at the Eurosatory 2022 International Defence and Security Exhibition.

According to the manufacturer, unlike the wheeled-drive, the innovative tracked-drive module features an increased level of protection and mobility that is otherwise only comparable to that of heavy tracked vehicles.

Since the tracked BOXER is conceptually based on the modular system of the BOXER vehicle family, the drive module can be combined with all BOXER mission modules already introduced. 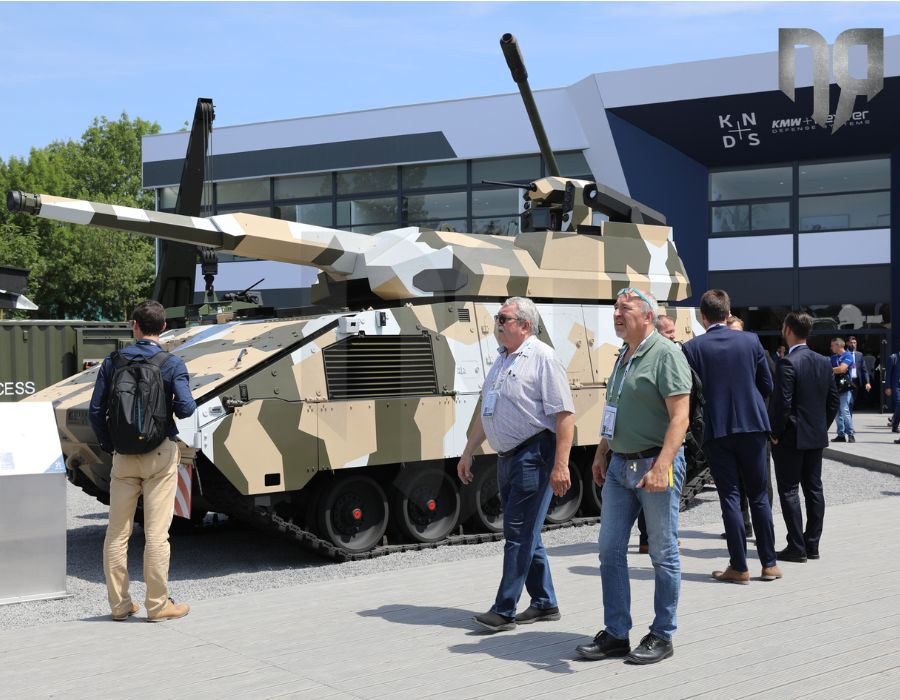 With this new version of the BOXER, KMW presents a new generation of light tanks offering the firepower of a main battle tank and the mobility of an Infantry Fighting Vehicle (IFV) with a combat weight of only 45 tons.

The tracked version of the Boxer carries a three-member crew and features an MTU 881 CR 1.180 hp engine. It is equipped with one 120mm cannon – mounted on an RCT120 weapon station – and a 12.7mm machine gun. Its payload includes a total of 15 ammunition, while it can be fitted with a launcher for SPIKE LR2 anti-tank missiles. A multispectral sensor suite with an independent gunner and commander sight provides a “hunter-killer” and “killer-killer” capability. The vehicle at display was also fitted with Throphy APS (Active Protection System) in addition to its basic armour, which provides protection against the firing of small arms and artillery shell splinters. 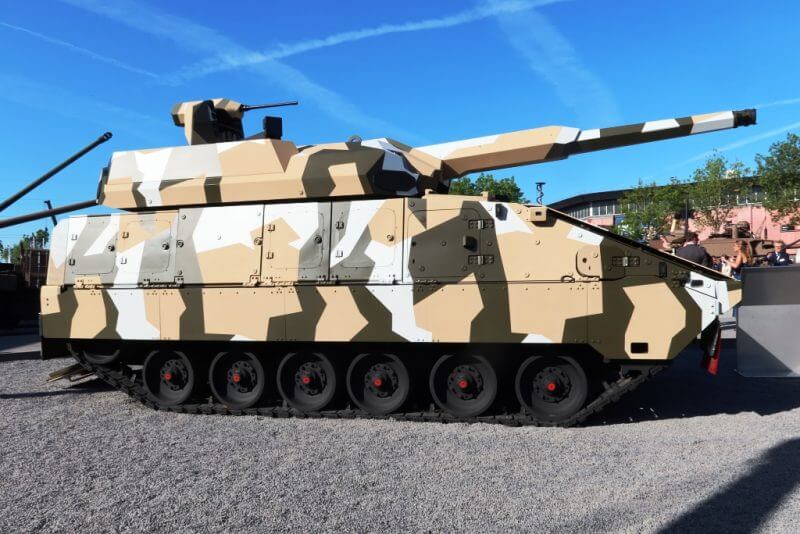