MULTIMEDIA EN
Kastellorizo ​​celebrates 78 years since its liberation
Defence Redefined
Published on 13/09/2022 at 19:00 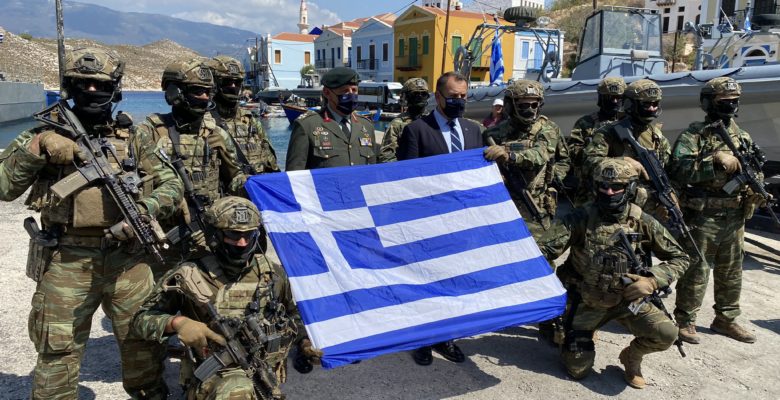 Seventy-eight years have passed since the liberation of Megisti Island. With a dynamic presence, the Hellenic Armed Forces sent a resounding message to those questioning the sovereignty of Greece.

The island and the liberation events were attended today by Defence Minister, Nikos Panagiotopoulos, and the Chief of the Hellenic National Defence General Staff, Konstantinos Floros.

In the morning, the Minister attended the Consecration Service held in the schools of the island and then the Solemn Doxology at the Holy Church of Agios Constantinos and Eleni. 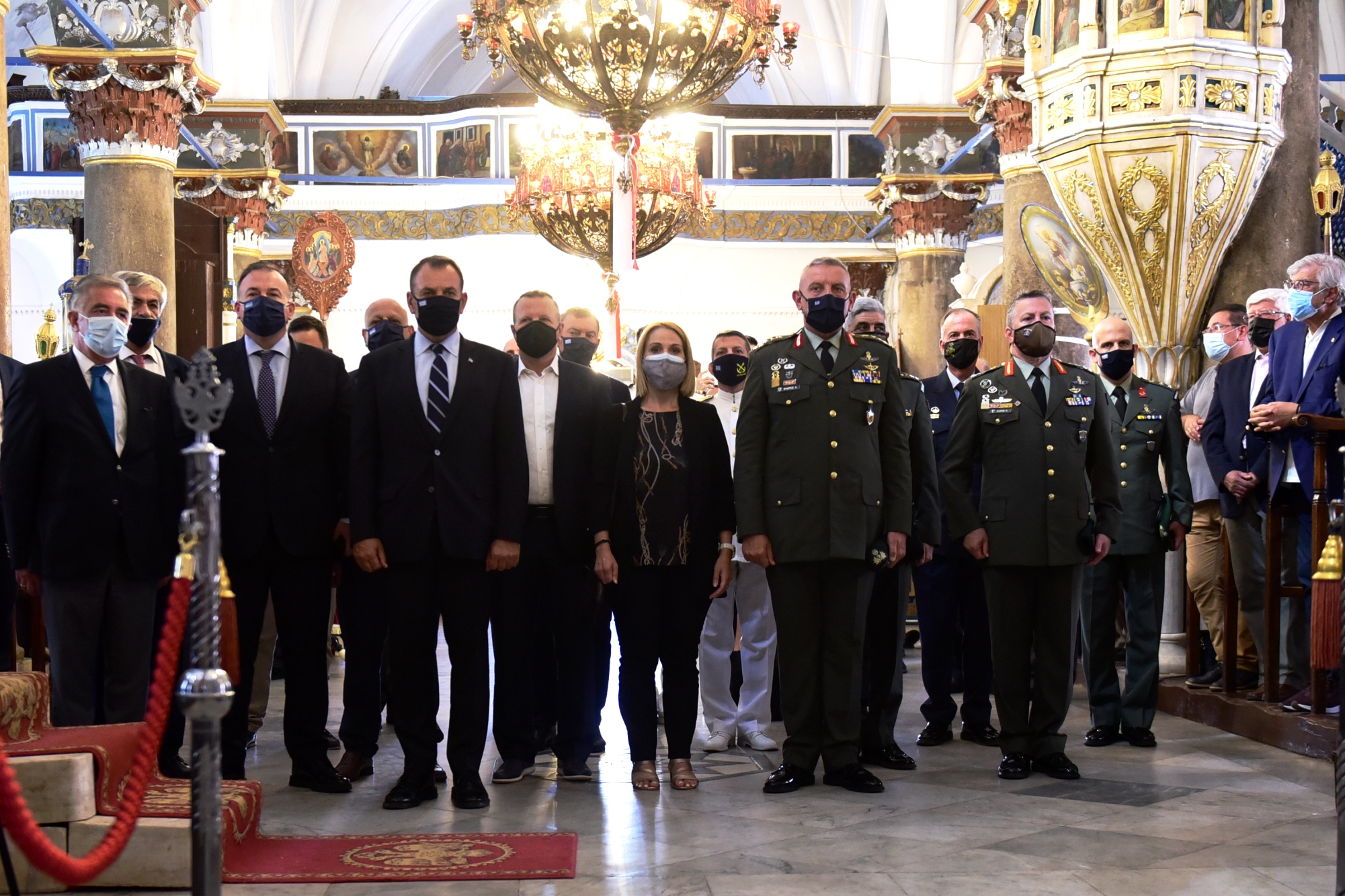 Afterwards, he went to the Heroon monument and laid a wreath, while he met with the Mayor of Megisti, Mr. Georgios Sampsakos, representatives of local organizations and residents of the island.

Mr. Panagiotopoulos boarded the Roussen-class fast attack craft which is patrolling the area and spoke with the crew members. He then visited the Megisti Island Defence Force Camp where he was briefed on its mission and work. There, he was welcomed by the Island Guards with an impressive presence both in equipment and clothing.

The Member of Parliament for the Dodecanese, Mika Iatridis, was also in Kastellorizo together with the Defence Minister and the Chief of the Hellenic National Defence General Staff in order to participate in the festivities of the Municipality of Megisti for the 78th anniversary of the island’s liberation. 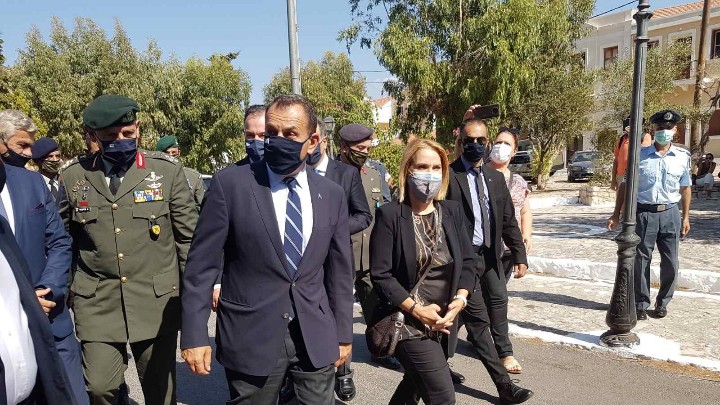 Upon completion of the events, Mika Iatridis made the following statement: “In the face of any kind of challenge, the message that the Dodecanese people are sending is clear and unambiguous. We are the borders of Greece, the permanent residents of Kastellorizo and the entire Aegean, who live in this blessed place.”