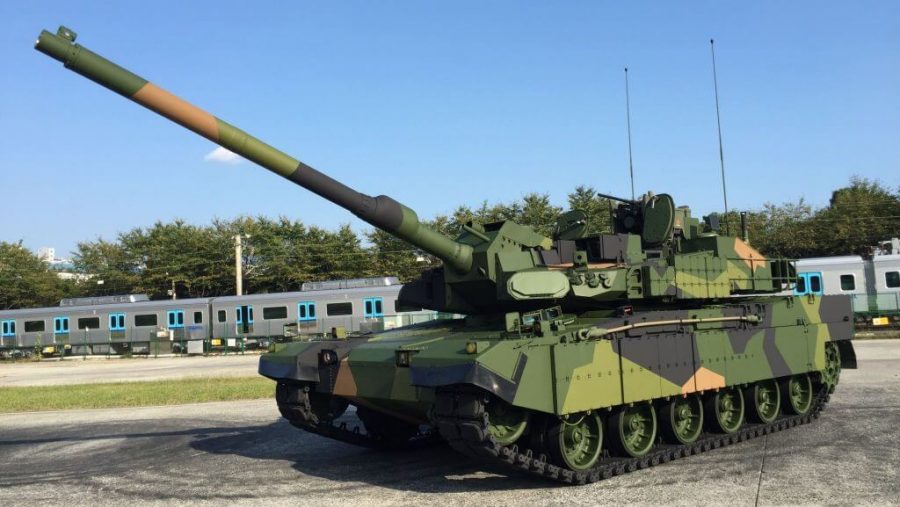 In late 2020, the Norwegian Armed Forces decided to proceed with the renewal of the country’s armored vehicles fleet by purchasing new units.

Among the various nominations is the proposal of the South Korean company Hyundai Rotem, an affiliate of Hyundai Motor Group, which offers the K2NO Main Battle Tank (with letters “NO” standing for the initial letters of “Norway”).

The K2NO main battle tank was first unveiled in October 2021 at the Seoul Aerospace and Defence Exhibition and is a modified version of the Korean K2 Black Panther Main Battle Tank (MBT), one of the most powerful main battle tanks worldwide.

Last December, the first tank arrived in Norway to undergo a series of tests and inspections, which continue to this day. This variant (K2NO) has been designed with such features as to meet the needs of the Norwegian military and to be compatible with the capabilities of the domestic defence industry.

In addition, the Protector RS4 remote-controlled weapons station of the Norwegian company Kongsberg is mounted on the turret roof, armed with a 12.7 mm heavy machine gun.

In terms of its armor, the K2NO body provides protection against 120 mm projectiles, it features armor on the turret roof, while Explosive Reactive Armor (ERA) is fitted on the side of the turret.

As far as other features of the K2NO are concerned, these are similar to those of the K2 Black Panther tank:

Also read: T-80U | 25 years of presence in the National Guard and its upgrade options – Infographics & VIDEO