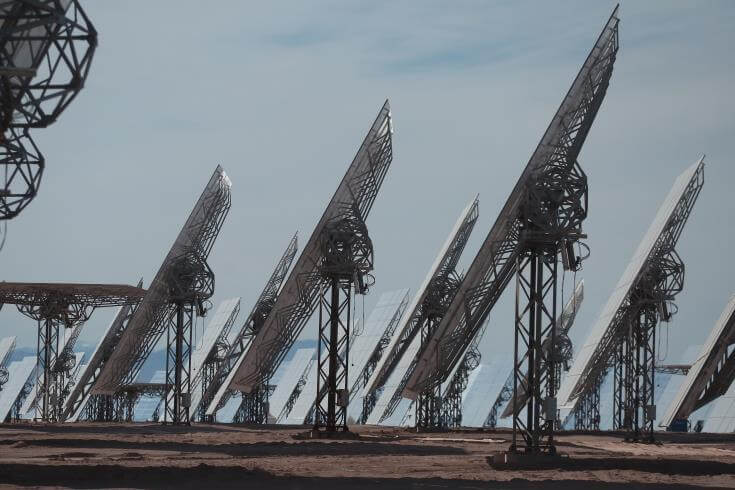 Israel and Jordan signed a cooperation declaration of intent providing for the swap of solar energy with water between the Hashemite Kingdom and Israel. In particular, Jordan will provide Israel with solar energy and in return receive desalinated water, as much of its territory is desert, announced today the Israeli Minister of Energy, in accordance with this agreement between the two countries.

Feasibility studies will commence in 2022, according to a statement from Israel’s diplomatic mission to the UAE, where the agreement was signed. The duration of the agreement has still not been decided.

Also read: USA and Egypt | Commitment for stability in the Middle East after the end of the strategic dialogue

The UAE, which became the first country in the Gulf to normalize its relations with Israel last year, said it is pleased to play a role in connecting the two countries, demonstrating the benefits of concluding diplomatic relations. “All the people of the Middle East will benefit from this Memorandum of Understanding, not just Jordan and Israel. This is a message to the world on how countries can work together to combat the climate crisis,” said the Israeli Minister of Energy, Karin Elharar.

Jordan, which signed a peace agreement with its neighbor Israel in 1994, said today that the agreement was not “legally or technically” binding and that the kingdom would only move forward if it secured these quantities of water, said Water Ministry spokesman, Omar Salamah.

“Climate change and the influx of refugees have further exacerbated Jordan’s water challenges, but there are many opportunities for regional cooperation that can help increase sustainability,” said Jordanian Minister of Water and Irrigation, Mohammad Al- Najjar.

A 600-megawatt solar power plant which, according to the press, will most likely be built by the United Arab Emirates, is expected to export green energy to Israel. The Jewish state will deliver 200 million cubic meters of desalinated water to the kingdom in return.