Independence Day 2020 parade | In front of the deputy head of the Government, the Minister of Defence and the Chief of the National Guard 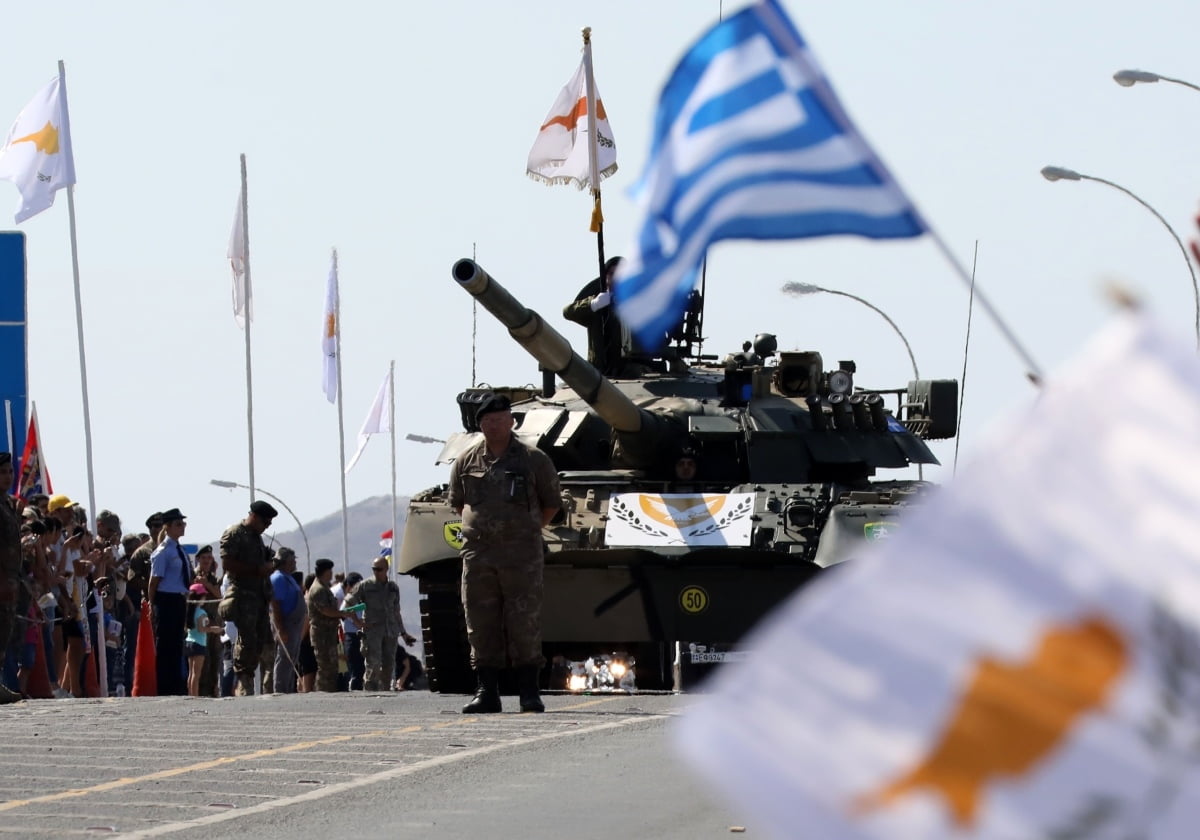 Also read: No spectators at October 1 parade because of the pandemic

According to an announcement by the Ministry of Defence, the military parade, which will begin at 11 a.m. local time on Iosif X’’Iosif avenue, will include motorized and infantry units as well the helicopters of the National Guard.

Before the parade, the official reception of the deputy head of the Government of the Republic of Cyprus will take place along with the customary salutation of the 21 artillery shots.

The Greek Government will be represented by the Minister of National Defence, Nikos Panagiotopoulos, who will be accompanied by the Chief of the General Staff of National Defence, General Konstantinos Floros. On behalf of Italy, the Commander-in-Chief of the Armed Forces, General Enzo Vecciarelli, will be present, and on behalf of the French Republic, the Commander of the French Forces in the Mediterranean and Black Sea, Rear Admiral Laurent Isnard.

The military parade will also be attended by ambassadors and Defence Attachés of foreign countries.

It is reminded that due to the pandemic and the restrictive measures provided by the relevant health protocols, this year’s military parade, following a decision of the Cabinet, will take place in the presence of official guests only and there will be live television coverage.