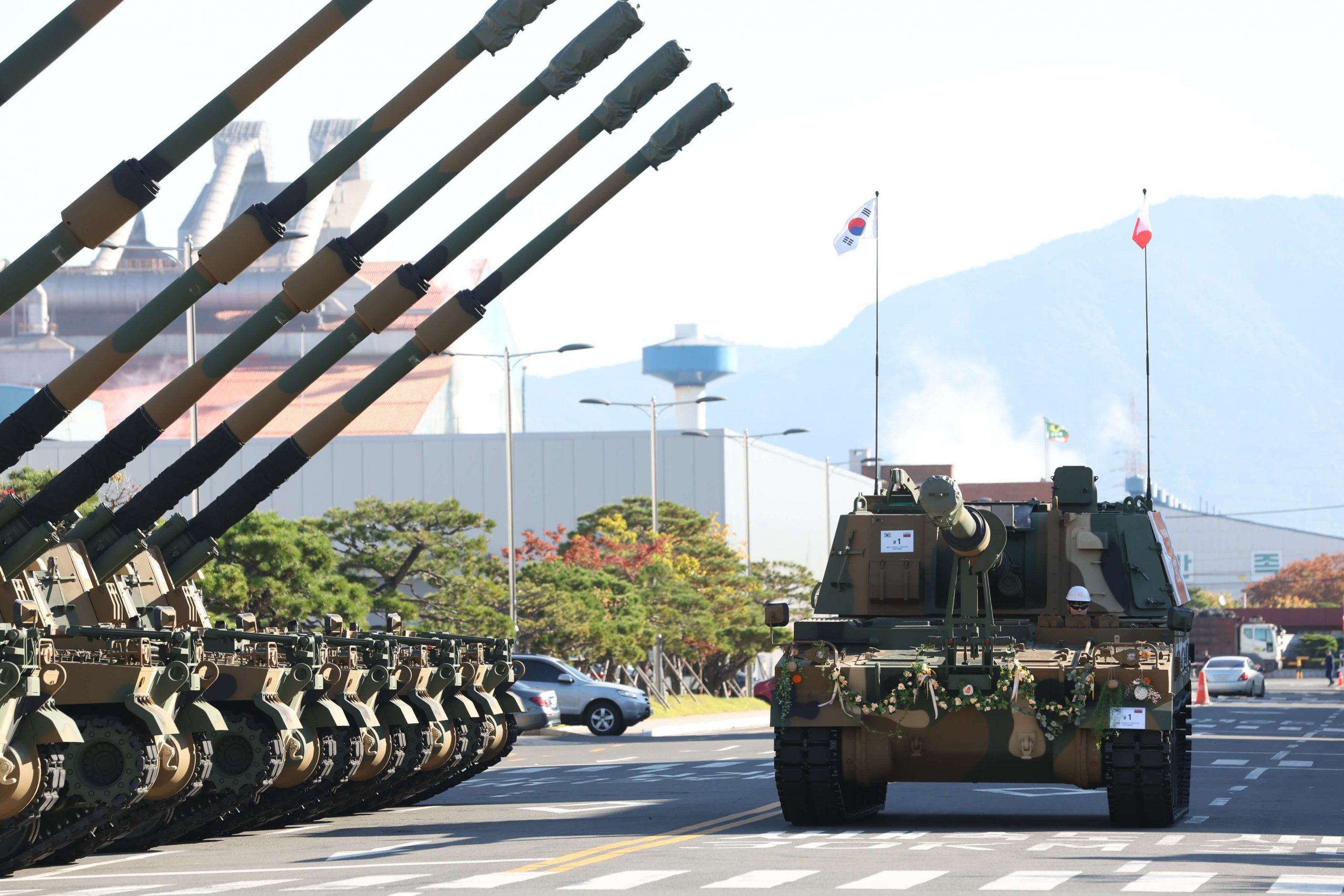 An initial batch of 24 K9 Thunder Self-Propelled Howitzers (SPHs) were rolled out on October 19 to be sent to Poland as part of the first executive contract signed in mid-August.

The roll-out ceremony was held at Hanwha Defense’s Factory 1 in Changwon, some 300 kilometers southeast of Seoul. This proves Hanwha’s robust production capacity to supply customers with products shortly, since the roll-out of 24 K9PL howitzers was taken just less than two months after signing the executive contract to provide hundreds of K9 SPHs by 2026.

According to the company’s announcement, under the Framework Contract, hundreds of K9 SPHs will also be manufactured in Poland for years from 2026. 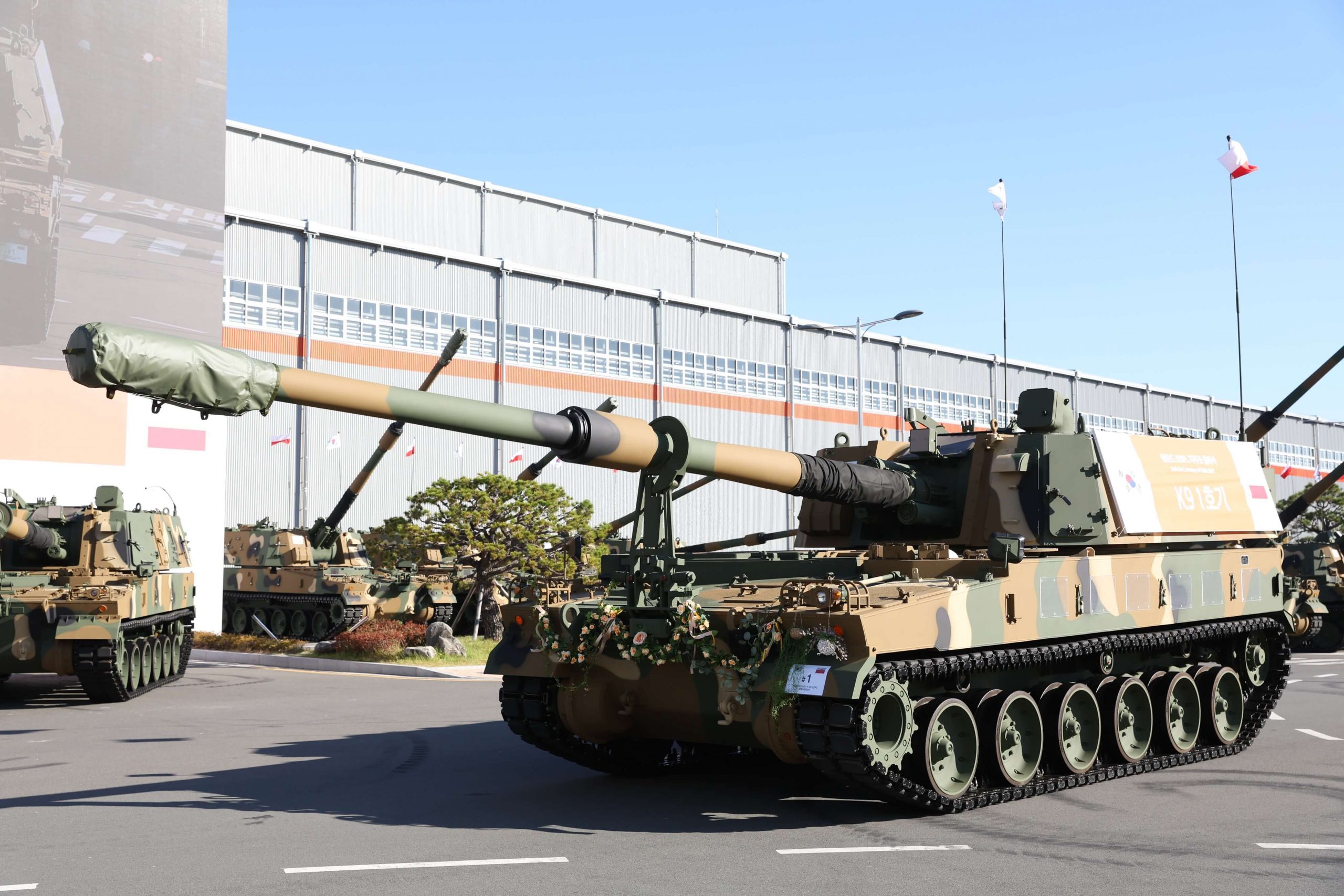 During the event, all 24 K9PL vehicles were lined up on the site, while a K9PL led the parade of advanced combat vehicles, built by Hanwha Defense, including a K10 Ammunition Resupply Vehicle, a K77 Fire Direction Center Vehicle, a K21 Infantry Fighting Vehicle, an Amphibious Assault Vehicle and Arion-SMET Unmanned Ground Vehicles (UGVs).

On top of these systems, Hanwha’s guided missiles and engines were showcased, highlighting the company’s wider range of defence capabilities through the upcoming merger of defence and aerospace affiliates of Hanwha Group. 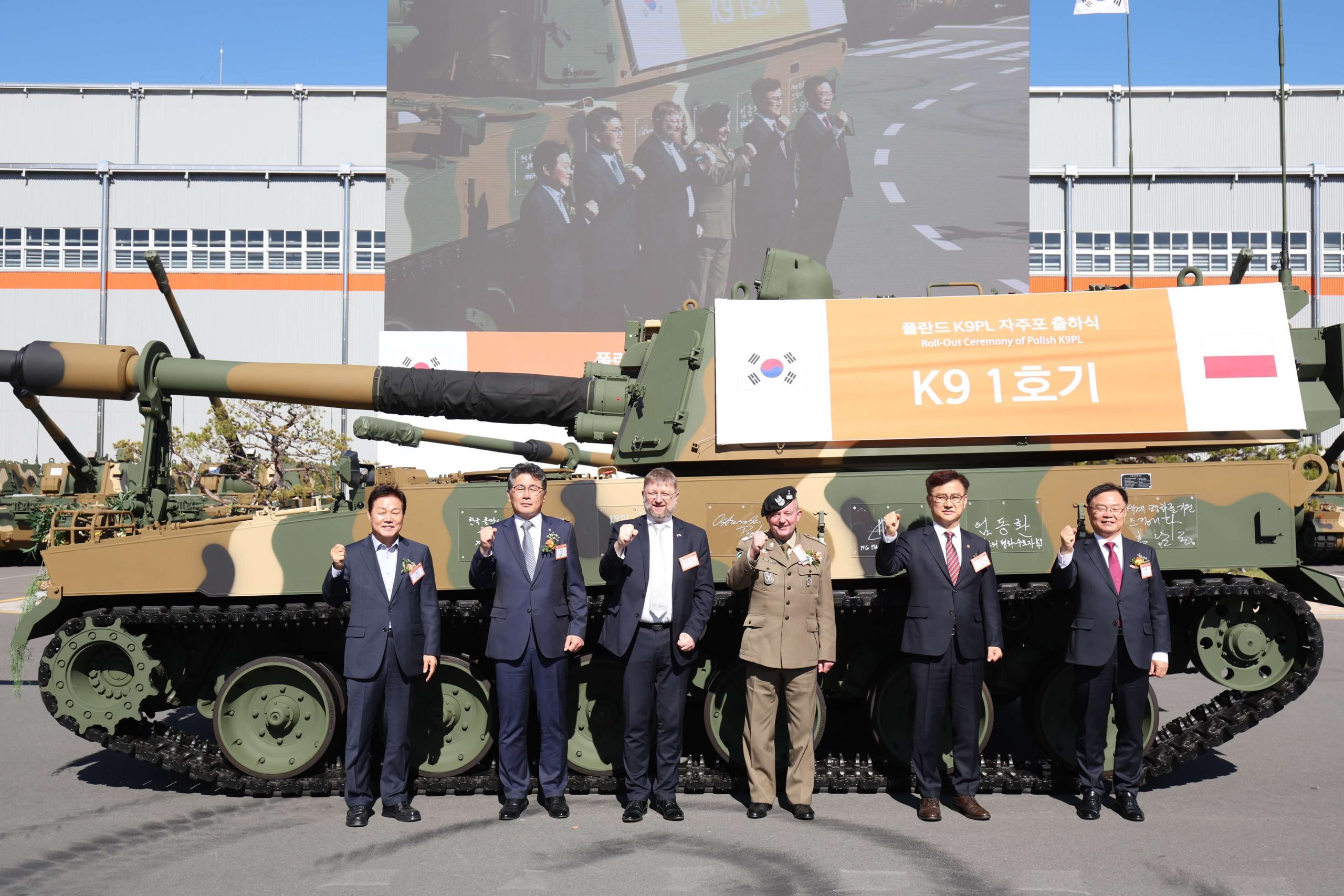 The 155mm K9 Thunder gun is the world’s most popular tracked self-propelled gun with over 1,700 units already in service in nine countries including Turkey (licensed domestic T-155 Firtina version).

The howitzer can execute accurate and rapid firing at a +40km range with high rates and volumes of fire.

In fact, the K9 is optimized for “Shoot-and-Scoot” tactics, that is, to fire multiple rounds and immediately move to a different location to avoid potential counter-fire.

The K9PL is based on the K9A1 variant that features improvements such as automatic fire control, driver night vision periscopes, and auxiliary power units.

At this point, it should be mentioned that Hanwha plans to upgrade the K9A1 to the A2 version equipped with a fully automatic ammunition handling system. The autoloading K9A2 can fire over nine rounds per minute, with just three crew members. 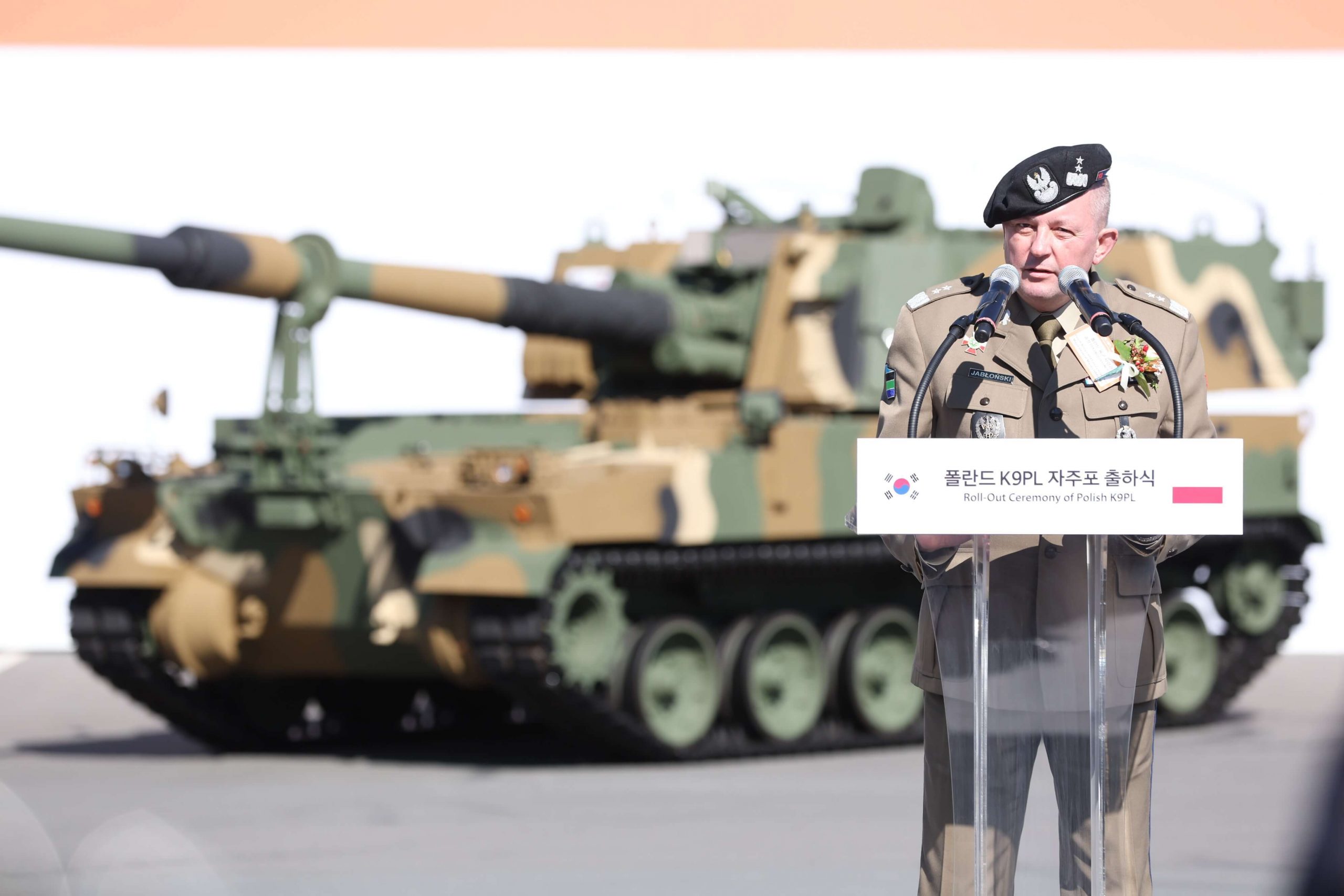 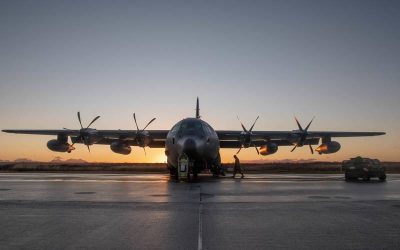