Hamas are ready to pull the trigger, demanding compensation from Israel
Defence Redefined
Published on 21/05/2021 at 09:08 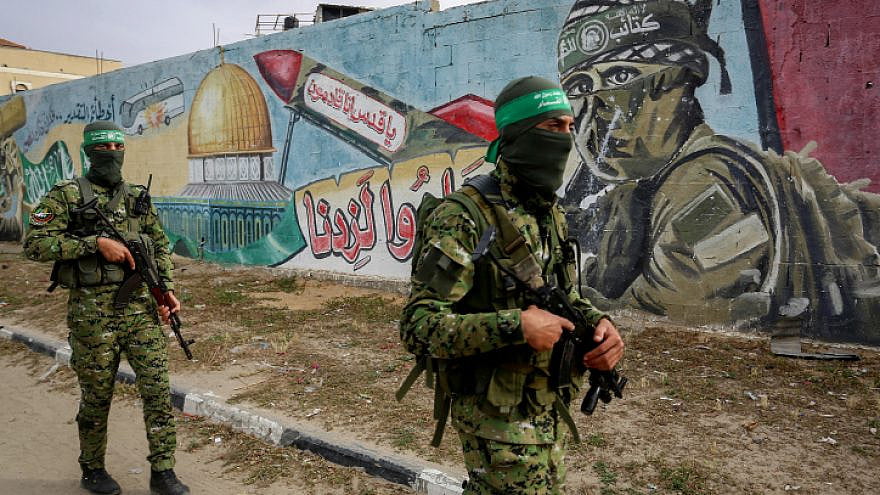 A senior Hamas official has said that Israel must end its violations in Jerusalem and compensate for the damage caused by the bombings during the last 11 days in Gaza. The statement was made a few hours after the ceasefire agreement between the two parties entered into force.

“It is true that the conflict ends today, but (Israeli Prime Minister Benjamin) Netanyahu and the people should know that we are ready to pull the trigger and that we will enhance our resistance,” said Ezat El Rasik, a member of the Hamas Political Bureau, speaking to Reuters news agency in Doha. The Islamist movement also demands that the Al-Aqsa Mosque in Jerusalem be protected and that the forced eviction of Palestinians from their homes in East Jerusalem not proceed, which Mr. Rasik described as the “red line.”

Since the outbreak of hostilities on May 10, Gaza health officials say 232 Palestinians have been killed, including 65 children and 39 women, and more than 1,900 wounded. Chahal, the Israeli army, estimates that it killed at least 160 Palestinian fighters in the enclave. In Israel, 12 people have been killed and hundreds have been injured by Palestinian rocket fire that has caused chaos in many cities, especially in the south, forcing people to flee to shelters.

The outbreak was marked by the first launch of rocket fusilade from Hamas against cities in South Israel, as an act of ‘solidarity’ to more than 700 Palestinians who were injured in the incidents that took place with the Israeli police at the end of the week before and last Monday in East Jerusalem, an area that Israel has illegally occupied – under international law – since 1967. The protests were prompted by the threat of forced eviction of Palestinian families from the Sheikh Jara district for the benefit of Israeli settlers.