“Greek Revolution”: The Geostrategy of the Great Powers 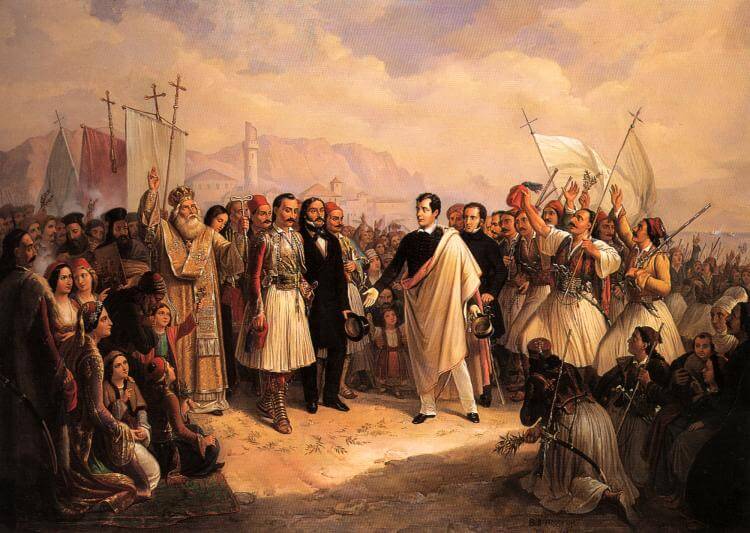 On the occasion of the celebration of the 200th anniversary of the Greek Revolution, the commemorative events in Greece, Cyprus and the Diaspora offer an excellent opportunity to revive our rich oral tradition, but also to review the historical timeline of the internal acts of the Greek insurgents during the revolutionary period 1821-1830.

The lives and contributions of the fighters, the participation of the Greek communities of the Diaspora in the revolutionary struggle, the heroic battlefields, the shocking sacrifices and the persistent struggle for national independence, as well as the internal disputes, the machinations and the role of foreign acts, highlight the relevant historical chapter with which the modern Greek is linked, both spiritually and politically. The historical chapter that essentially defined the meaning, but also to a large extent, the political fate of “Hellenism” in the modern world.

In the context of a more comprehensive review of the multi-layered aspects of the Greek Revolution, however, we must not forget that the outcome of the Greek Revolution and Independence were strongly linked to, and in fact reliant on, the international geopolitical environment and the fluctuations of the competitive and compromising dynamics of European policy of the early 19th century. Thus, it would be useful to discern the influences and effects of the international correlations of the time regarding the turn of the Greek struggle for independence as a starting point for drawing timeless messages.

The Geostrategy of the Great Powers

Conservative European governments of the early 19th century were generally cautious, if not negative, towards the possibility of acceptance of the Greek claims or their interference in the internal affairs of the Ottoman Empire. The Foreign Minister of Great Britain Robert Stuart Castlereagh (1812-1822) was strongly opposed to any breach of the status quo, imperial political traditions and the existing distribution of power formed after the Congress of Vienna (1815). The same, seemingly at least, view was adopted by Tsarist Russia, condemning the Greek uprising in Moldavia. Austria, geopolitically compressed by Prussia in the northern “German territory”, the unstable and unpredictable France and the beastly neighboring Russia, but also bordering on its southern part with the Ottoman Empire itself, with which it had conducted a series of 18 ambiguous confrontations, had no choice but to rigidly adhere to the basic principles of geopolitical stability.

As the most fragile multinational empire, without a navy and with limited access to the Adriatic Sea (Dalmatian coast), the Austrian Empire was reasonably occupied by vital insecurities. In France, which was controlled by the Congress of Vienna, the return to the “old status quo” did not allow political risky maneuvers with revolutionary anti-imperial movements for the benefit of geopolitical pursuits.

In a sense, however, the international involvement in the Greek Issue was the result of an emerging geopolitical necessity stemming from the multipolar system itself, which ultimately forced the parties involved into a compromise. The multipolar system of the early 19th century probably played a decisive role in the outcome of the Greek Issue. In general, maintaining stability in a multipolar system depends on the distribution of power across more than two power poles and is usually threatened by some kind of disproportionate strengthening of one or a number of the power poles.

When one of the poles is strengthened rapidly or disproportionately and develops capabilities that allow claims beyond the status quo, then the likelihood of breach increases insecurity, leading to clusters of deterrence. The multipolar system usually requires complex compromises to avoid conflicts between states with a strong emphasis on the balance of power, which of course is not always possible. Stability therefore depends on the predisposition and placement of the multiple ‘counterweights’ on the ‘power scale’.

Indeed, the gradual support of Greek demands derived from, among other things, of course, the competition itself in Europe and the Mediterranean. Britain, suspicious of the alleged Russian incitement and involvement – despite the latter’s condemnatory assurances – and realizing that the Greek Revolution had potential, adopted from 1824 onwards a policy of a favorable approach to the Greek Issue, as a ‘counterweight’ to the unilateral action or unexpected involvement of Tsarist Russia in favor of the Greeks. An independent Greek state could block Russia’s deployment in the Mediterranean and integrate the eastern Mediterranean into Britain’s shipping network and sphere of influence. The latent lack of trust between the European monarchies undermined the proclaimed principles of Vienna of 1815, which were ratified at the Congress of Laibach (1821) and Verona (1822), on the occasion of the emerging opportunity for involvement in the strategically valuable Meditterranean.

Competition for power had overshadowed issues of principle. Indeed, when the Greek Revolution broke out in 1821, Tsar Alexander I was torn between adhering to the principles of the “Holy Alliance” and Russia’s firm policy of expanding and securing a safe southern passage by shrinking the Ottoman Empire. In November 1825, Tsar Alexander I died and was succeeded by his brother Nicholas I. More powerful and determined, Tsar Nicholas realized the apparent strengthening of British “philhellenic” influence on the Greek Issue, escalating the pressures, essentially the threat of war, against the Ottoman Empire, in order to strengthen his involvement in the Ottoman crisis and possibly to blackmail a compromise solution under the lurking threat of unilateral action or unintentional conflict between Russia and the interested European countries, especially Britain.

Also read: November 24, 1826 | Karaiskakis crushes the Turks in Arachova and rekindles the revolution

France, in the face of an emerging Russian-British settlement in the Mediterranean, pursued a dual policy. At least until 1825, France, on the one hand, wanted to penetrate the area of ​​the collapsing Ottoman Empire and, on the other hand, it supplied the Egyptian fleet and infantry of Muhammad Ali of Egypt with officers and supplies for operations against the Greeks in the Peloponnese, aiming to create a ‘counterweight’ to British and Russian incursions, while undermining Ottoman central power in order to force its participation in the potential benefits of a possible compromise. The shrinking of the Ottoman Empire in the Mediterranean could obviously have a beneficial impact on everyone, depending on their share of influence. France, under internal pressure, was introduced in order to regain its deteriorating prestige and influence in the Mediterranean, but of course not to allow the uncontrolled penetration of Russia and Britain in the Mediterranean.

Undoubtedly, the Massacres of Chios, Psara and the siege of Missolonghi exerted a significant influence on the bourgeois, mainly European, public opinion. They added an intensely popular, romantic but also heroic tone to the Greek Issue and added an ethical dimension as a cover for the geostrategy of the Great Powers. After all, the Ottoman Empire was not a member of the club of Christian monarchies and generally represented an “exotic” and “backward” Islamic regime that had no place in European affairs. Competitive but basically conservative regimes participated in a dynamic geopolitical game that led to the compromise proposal for the autonomy of the rebel regions within the Ottoman Empire to the standards of perhaps the Danubian Hegemony.

A consensual and mild change in the status quo of the Ottoman Empire would broaden geopolitics for everyone, increasing their influence in the Balkan Peninsula and the Mediterranean, while maintaining, albeit formally, Ottoman sovereignty. The achievement of a political compromise, namely the St. Petersburg Protocol (1826), was the initial compromise between Great Britain and Russia.

The Protocol was signed by the British General Wellington (Arthur Wellesley, 1st Duke of Wellington) and the (German-born) Russian Foreign Minister Karl von Nesselrode and provided for joint action for the cessation of hostilities in the rebellious Ottoman territory and the mediation – by coercion – for a truce and negotiations. With the entry of France as an intermediate balancer in the Treaty of London on July 6, 1827, the granting of autonomy to the Greeks was foreseen and the possibility of using an army for coercion in case the two sides did not cooperate was ratified.

After the rejection of an ultimatum to the Sublime Porte for the acceptance of mediation of the Great Powers, the war fleets of the new alliance sailed to the shores of Messenia, in the gulf of Navarino. In Navarino in 1827, an operation to end the Turkish-Egyptian siege and clear the Peloponnese via international mediation, resulted in the catastrophic crash of the Ottoman fleet. The development obviously went beyond the limits and aspirations of the Great Powers, and especially of Great Britain, which sought to force a negotiation by exerting force without completely alienating the Ottoman command. The fact that Admiral Edward Codrington was punished by being expelled from office after the Battle of Navarino, for pointless use of force, neglect of duties, etc., partially betrays the limits of the breach of the system. Of course, the rather unintended escalation in Navarino was accomplished, giving a decisive trajectory in favor of independence.

Greece finally entered the realm of competitive (as it later turned out) influence of the Great Powers, gaining its independence from the Ottoman Empire with the London Protocol, which was signed on January 22, 1830 between Great Britain, France and Russia. The borders were extended at the request of the First Governor of Greece Ioannis Kapodistrias, on the Amvrakikos – Pagasitikos line in 1832.

200 Years since the Greek Revolution | A historical timeline​ video