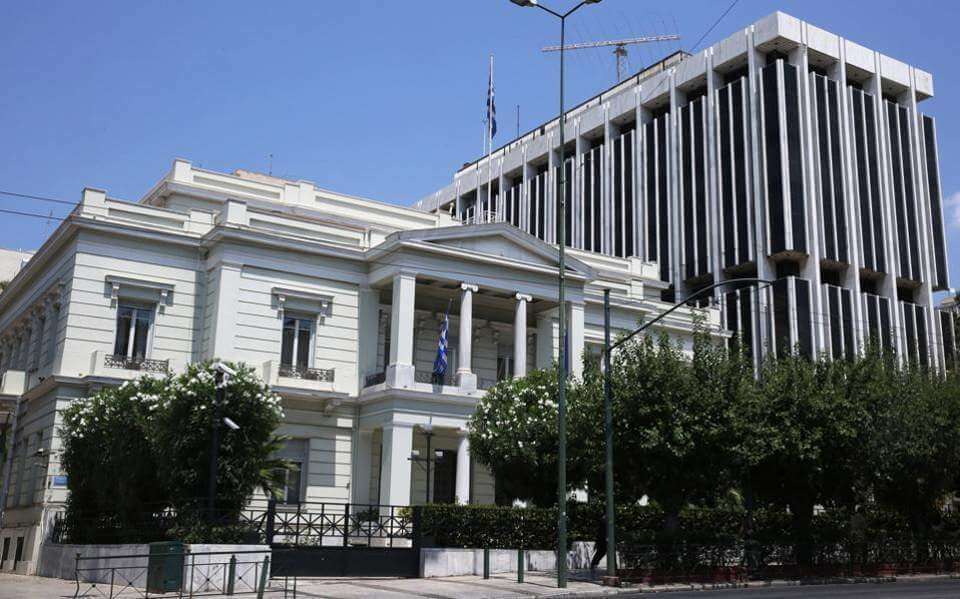 An 18-month investigation resulted in yesterday’s decision to declare 12 Russian diplomats, who serve in diplomatic and consular missions in Greece, as personae non gratae.

This is essentially the last step before their deportation from Greece. The 12 Russian diplomats, including high-ranking, prominent, and extroverted officials of the embassy in Athens and the consulate general in Thessaloniki, were declared personae non gratae, in accordance with the provisions of the 1961 Vienna Convention on Diplomatic Affairs and the 1963 Vienna Convention on Consular Affairs.

The final implementation of the decision was announced yesterday morning by the secretary-general of the Ministry of Foreign Affairs, Themistoklis Demiris, to the Russian Ambassador, Andrei Maslov. The investigations that led to the identification of these persons were carried out in collaboration with the National Intelligence Service with allied countries, while it is absolutely clear that American and British intelligence services were particularly useful.

The activities of the 12 diplomats are connected, according to Kathimerini, with propaganda activity and an attempt to influence individuals and public organizations.

Athens’s decision to take the first step before deporting the 12 diplomats coincides with similar decisions by other EU countries and the Baltic. The announcement of the Greek decision provoked the reaction of the Russian embassy in Athens.

“We have strongly protested against this unjustified and controversial move aimed at the even worse destruction of all our bilateral relations. We have indicated that this action will not be without consequences,” the Russian embassy said in a statement.

In Athens, of course, it is expected that there will be a similar response from Moscow, which is awaited in the coming days. Finally, during her visit to Ankara, US Undersecretary of State for Political Affairs, Victoria Nuland, sent a message to the government not to turn the country’s territory into a place for the concentration of Russian oligarchs’ “black” money.

After contacts with Turkish interlocutors at the Foreign Ministry, Mrs. Nuland said that “we discussed with the Turkish delegation the rationale behind the sanctions against Russia. I believe that Turkey has fully understood that we must stop the flow of money to Putin’s war machine and that he must pay a heavy price for what he has done in the war.”