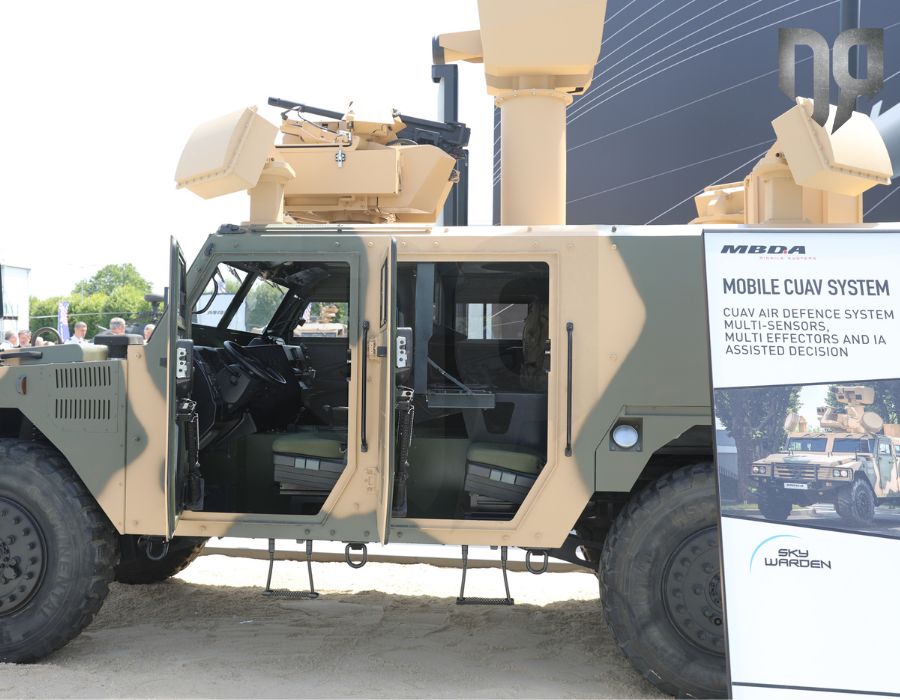 To meet growing needs in terms of countering Unmanned Aerial Systems (UAS), MBDA has been developing in the last few years the Sky Warden, a modular approach for a complete solution to countering UAS.

The system, as we initially presented here, was designed to engage various categories of UASs (or UAVs) ranging from category 1 (micro-UAVs) to Tactical Unmanned Combat Aerial Vehicles (UCAVs) and other “traditional” airborne threats.

Launched in February 2021, the Sky Warden system has reached a new stage of maturity and now offers the integration of new sensors and effectors from various companies. The heart of the system is the Licorne command and control system (C2) based on a Getac military-grade (rugged) laptop.

At the MBDA booth at Eurosatory, visitors had the opportunity to explore the Sky Warden in full deployment both in dismounted mode with the C2 modules inside a military tent as well as the mobile version onboard an Arquus Defense 4×4 Sherpa light tactical vehicle. DEFENCE ReDEFiNED visited the MBDA’s booth and at the end of the article, you can watch a full presentation of the system.

The Sherpa 4X4 vehicle showcased was equipped with four RHI AMMR radar panels, optimized for the detection of drones up to 5 km away.

Other similar radar options are available, including the MHR from the Israeli RADA. MBDA can also integrate the Swedish SAAB’s Giraffe 1X or Weibel’s XENTA into the system for a wider range of detection threats, however, as you can see in the photo below this radar system requires its own dedicated vehicle carrier. 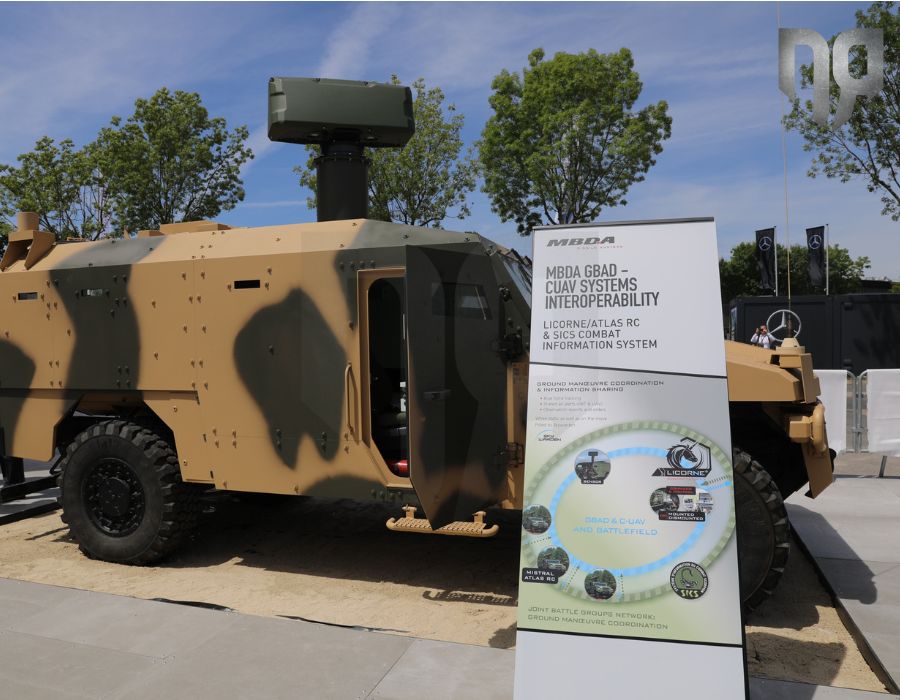 In the field of passive detection of drones, MBDA presented the new Hydra 300 solution from the French company Cerbair. The sensor in question can be deployed on a telescopic mast in a vehicle or mounted on a tripod for a dismounted configuration. As with the radar sensors, MBDA – as the integrator of the Sky Warden system – can use similar sensors from other suppliers as well. The Hydra 300 enables threat identification at distances of up to 3 km and is based on algorithm technology developed by Cerbair for radio frequency analysis. 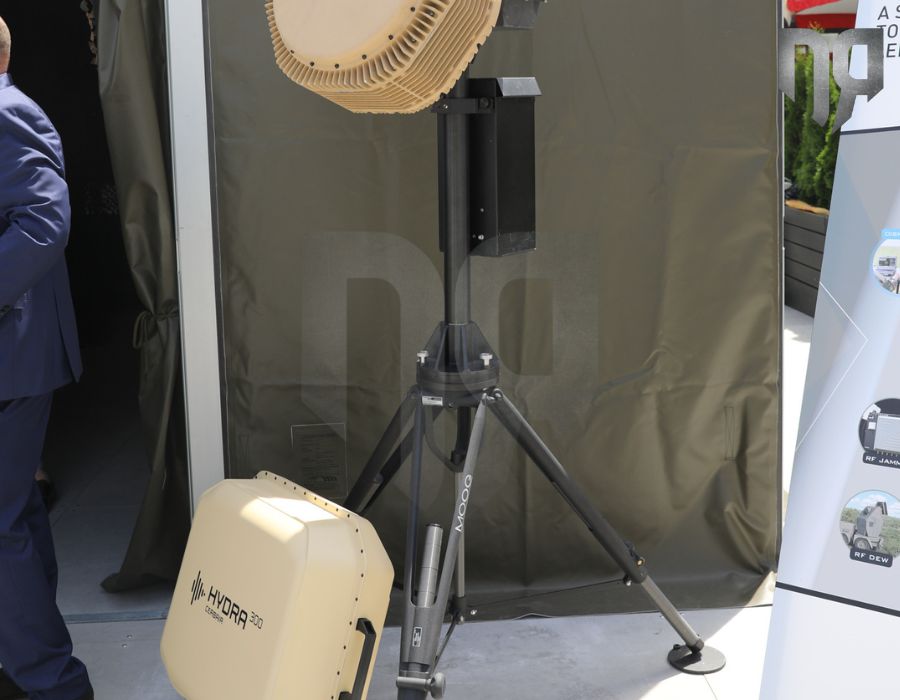 In terms of effectors that can be integrated into the Sky Warden system, MBDA displayed a plethora of options at Eurosatory ranging from high-speed killer drones to Mistral-3 missile systems.

Onboard the Sherpa Tactical Vehicle, the Remote Control Weapon System (RCWS) Hornet Air Guard with an LG40 40mm grenade launcher was displayed and behind it, the HELMA-P laser turret developed by CILAS. This laser is capable of neutralizing a mini-drone in a few seconds at a distance of 1 km. At the rear of the vehicle (as you can see in the video), two vertical containers allow UAS hard-kill systems to be launched. 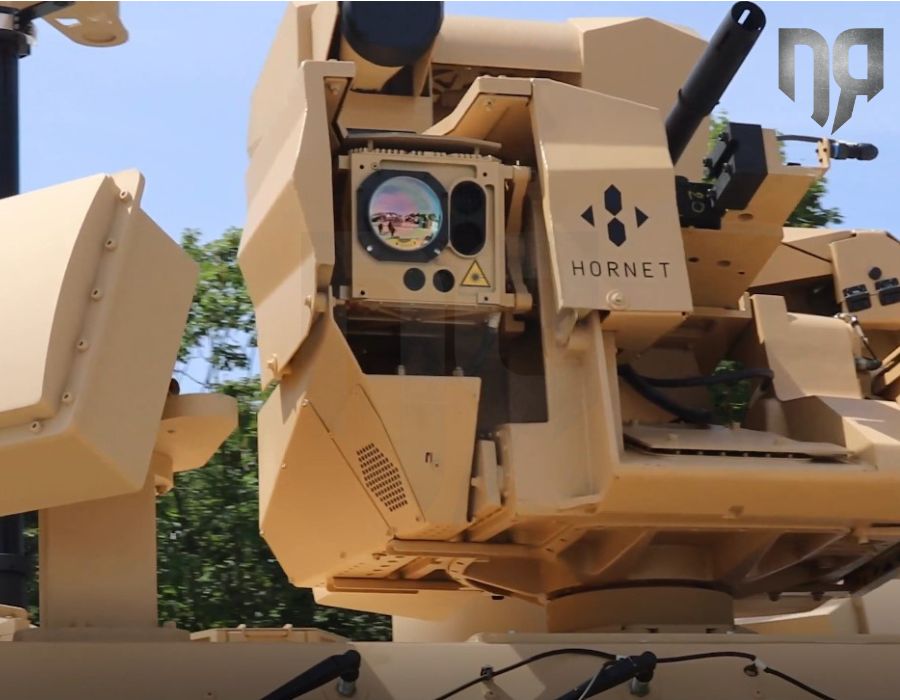 These extremely flexible “drone killers”, equipped with an infrared sensor and a data link, can reach speeds of up to 200 km/h and destroy small drones by using their kinetic energy directly on impact to the target. 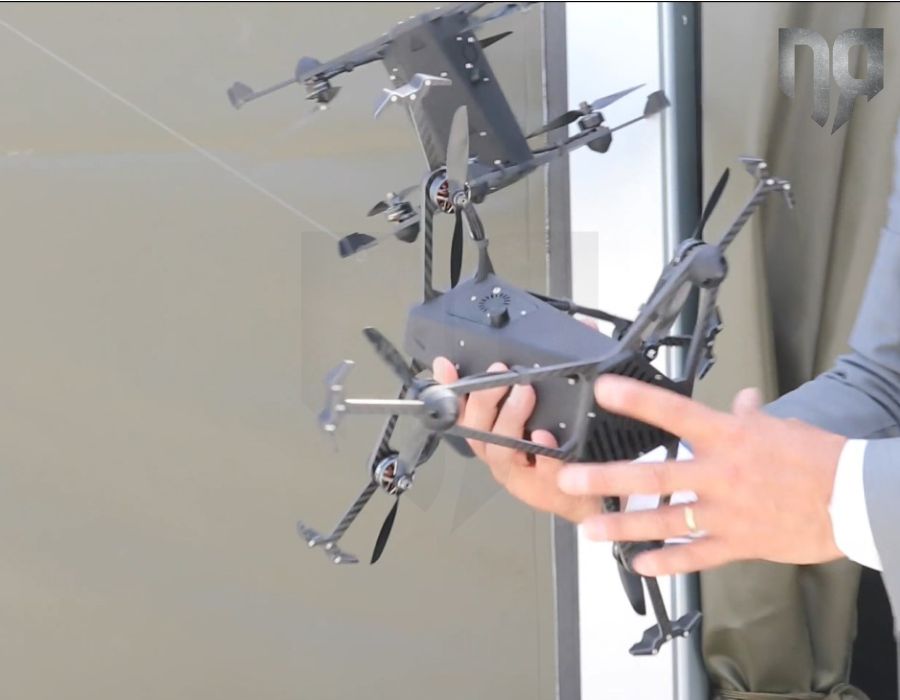 Apart from these, the Sky Warden can use an omnidirectional RF jammer (provided by the French KEAS) or a directive jamming gun from MC2 carried in the trunk of the vehicle. MBDA is also working on HPM (High Power Microwave) concepts capable of deactivating swarms of drones with the cooperation of the UK TELEDYNE E2V. 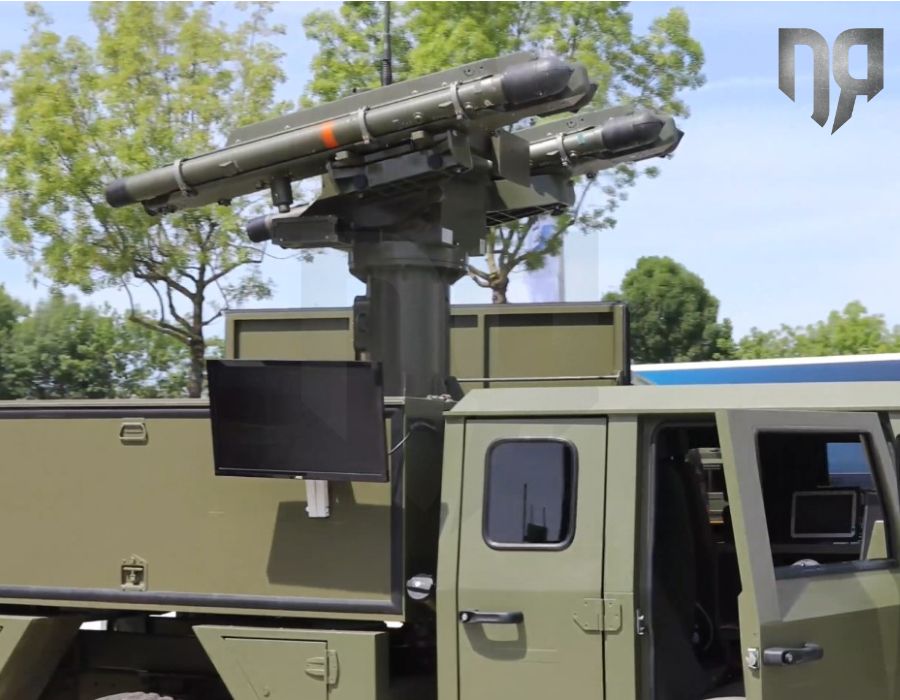 To engage larger threats at greater distances, such as tactical UAVs, the Sky Warden system can integrate via Licorne C2, Mistral-3 VSHORAD launchers, whether as a MANPAD version or in ATLAS twin-launchers (with 2 or 4 missiles) mounted on another vehicle.

Watch below the presentation of the modular Sky Warden system by MBDA’s representative during the Eurosatory exhibition.