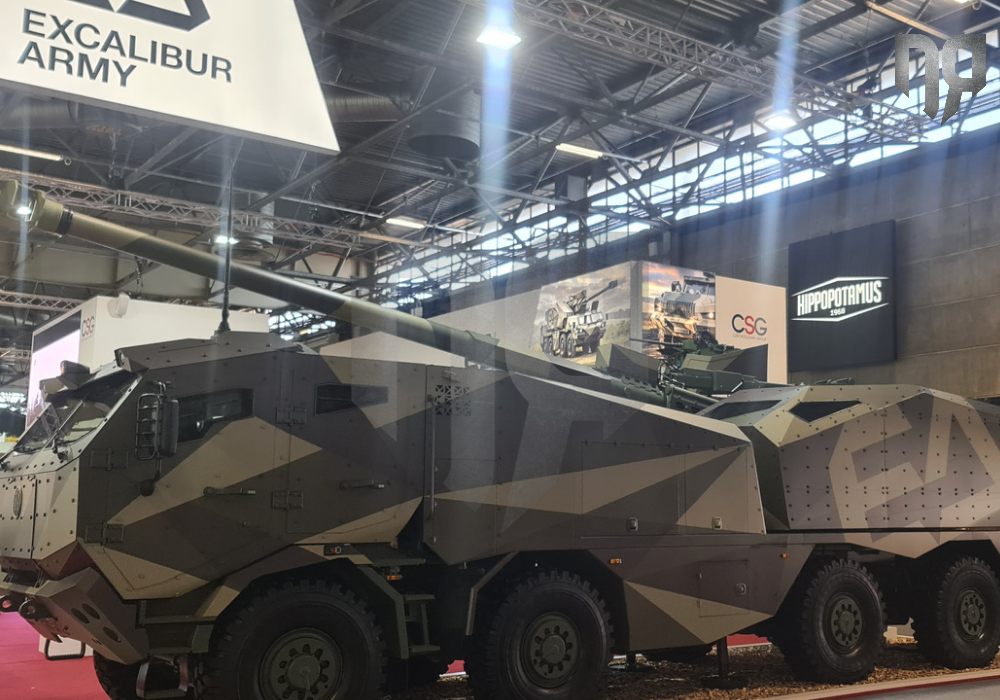 In collaboration with Tatra, the Czech firm Excalibur Army unveils the new Morana self-propelled wheeled howitzer during the Eurosatory 2022 exhibition in Paris.

Bearing the old Slavic name for death (Morana), this weapon system was developed in collaboration with the Slovak company ZTS Špeciál and builds on experience with the manufacturing of the Dana M1 and Dana M2 152/37 mm SPH and SPH Dita 155/45 mm howitzers.

Yet unlike its predecessors, the Morana applies a new idea to its architecture, as the unmanned weapon station is mounted on the rear of the vehicle and not in the middle, while its powerpack is located in the middle just behind the cabin. 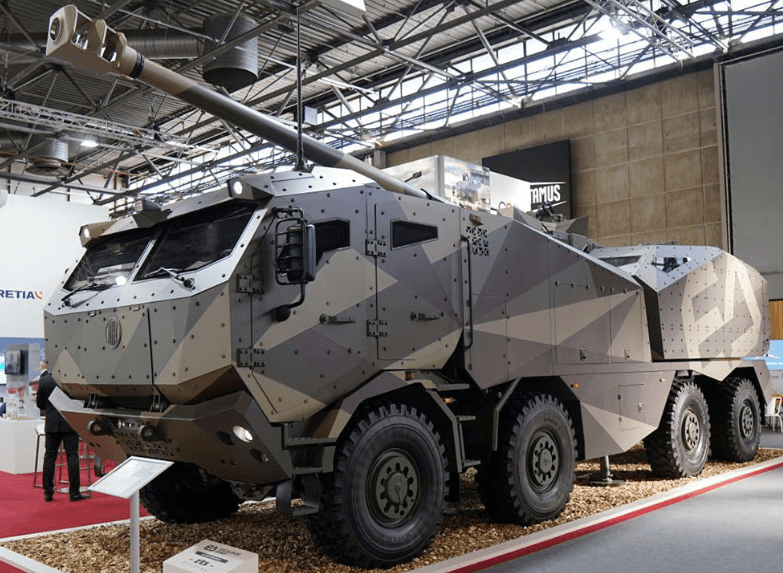 Morana’s crew includes a driver, a commander, and an operator (gunner), who operate in a four-door protected cabin with NATO Standardization Agreement (STANAG) 4569 Level 2 ballistic and mine protection. A fourth crew member may perform additional functions depending on the mission.

In terms of armament, this howitzer incorporates a “Guardian Secutor” remote-controlled weapon station armed with a 155mm /52 caliber gun (capable of firing shells at 41,5 km) and a 12.7 mm machine gun for self-protection. These are fully controlled directly from the cabin and mounted on a Tatra Force 8X8 chassis. Of course, the weapon superstructure is designed as a separate unit that can be integrated into various types of wheeled or tracked chassis, thanks to the independent energy and hydraulic unit. The payload of transported ammunition amounts to 45 rounds.

Also read: ZUZANA-2 | The successor of the self-propelled gun-howitzer acquired by the National Guard

Furthermore, Morana has a fully automatic loading system and a new automated device for adding propellant charges to rounds, enabling a high rate of fire with the weapon station having a traverse of up to 60° to the right and the left of the longitudinal axis of the vehicle to engage targets.

The weapon system also has an automated weapon aiming system, an onboard control, and a diagnostic system as well as a combat information system.

According to the manufacturer, the comparative advantage of Morana is the fact that it combines the advantages of lightweight wheeled self-propelled artillery systems with heavy artillery capabilities.