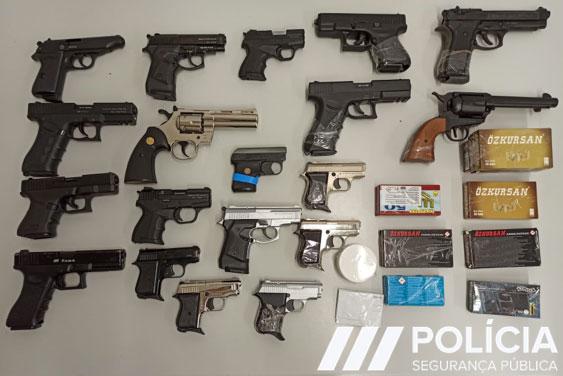 Europol announced today that it had seized 1,776 firearms of Turkish origin during the annual Bosphorus operation which ended on November 11. The operation was conducted with the participation of forces from Albania, Greece, Portugal and Romania which carried out 81 house searches.

According to a written statement from Europol, the investigations initially led to 11 arrests, 191 seizures of firearms, 3,714 cartridges of ammunition, small quantities of drugs, including cannabis and cocaine, unstamped packs of cigarettes and forged documents. The participating countries also carried out investigations that led to the additional seizure of 1,585 firearms.

According to Europol, intelligence gathering, cross-referencing databases and operational analysis have led to Bulgarian firearms dealers. Europol provided further support during the action days by exchanging information and real-time communication between the participating countries. A total of 24 European countries backed by EU institutions and bodies, including Europol, have identified and seized weapons of Turkish origin that are being trafficked into the EU via Bulgaria and other countries.

Operation Bosphorus aims to tackle the increase of illegally modified and resold weapons, led by the Romanian Police (Politia Romana) under the European Multidisciplinary Platform Against Crime Threats (EMPACT).

In recent years, firearms have become extremely popular with criminals and appear in important cases. This is due to the fact that they can easily be turned into deadly weapons and are cheaper to supply, notes Europol.