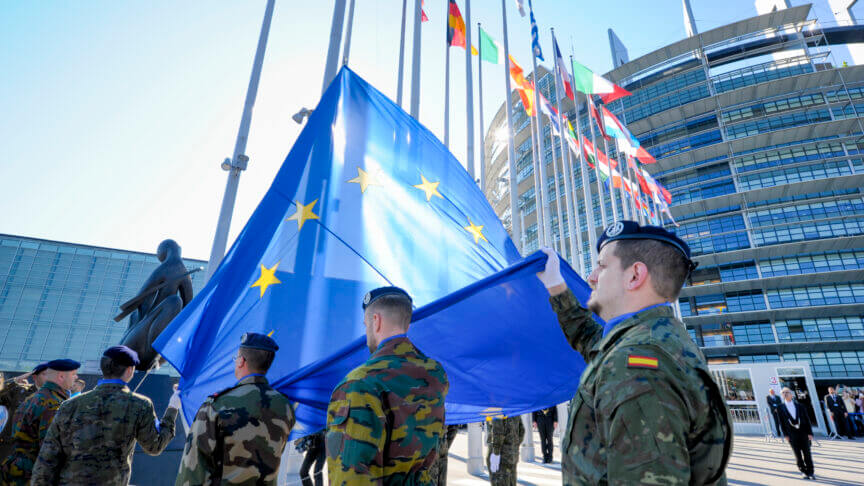 Among 75 entries – proposals selected for funding from the European Defence Fund, Greece was in fifth place following France, Italy, Spain, and Germany.

The announcements made a few days ago about the results of the 2021 proposals submitted under the European Defence Fund program are welcomed by the Hellenic Manufacturers of Defence Material Association (SEKPY).

This development comes as a continuation of the successful course of all organizations and companies participating in the European EDIDP and EDF programs to date.

With its announcement, SEKPY also congratulates all those who participated and underlines the high success rate which is due to a coordinated and persistent effort both on the part of the General Directorate for Defence Investments and Armaments (GDDIA) and the agencies and companies since, among other things, transnational cooperation, as well as the coordination of corresponding business interests, are required.

“In this context, we must emphasize that in order for the Greek Defence Industry to have a substantial continuation of this effort, at a time when Europe is beginning and will maintain its substantial defence expenditure in the coming years, Greece must be dynamically present.

For this reason, it is particularly important to reinforce the GDDIA personnel in the near future, so that it can cope with a significant amount of work and obligations resulting from this participation,” SEKPY points out.

Finally, in the context of the increasingly intense effort to support and develop the Greek Defence Industry, it invites all the companies of the sector to take part in the Greek booth at the major naval exhibition “Euronaval” held in Paris on October 18-21, 2022.