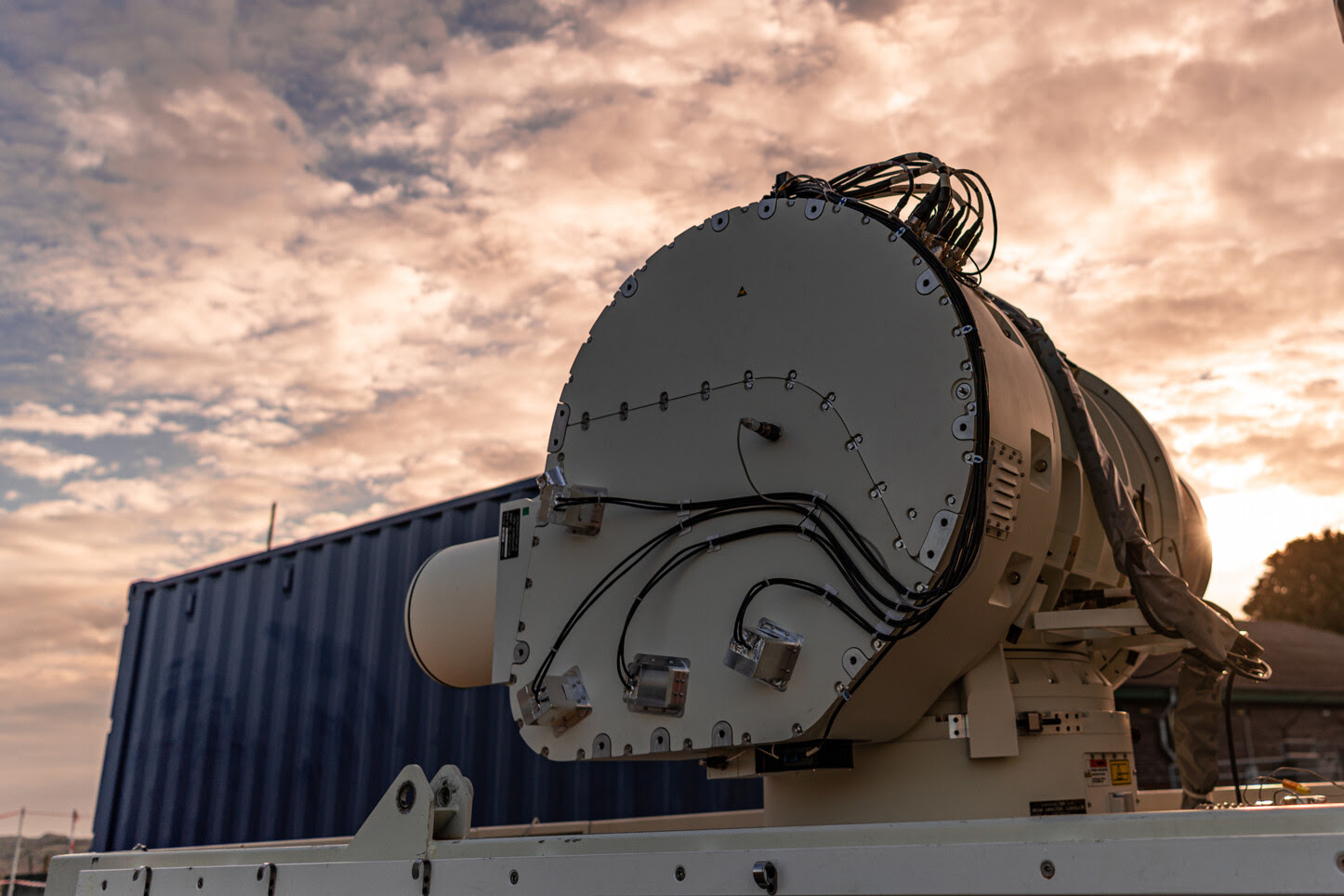 According to Dstl officials, trials confirmed DragonFire’s capability to generate “useful effects” against a variety of targets. The weapon system features a 50-kW-class laser.

The trials had focused on engaging line-of-sight targets at various ranges up to 2.1 miles, even during heavy rain. Specifically, DragonFire neutralized a quadrotor drone at an undisclosed range, in addition to piercing a variety of metallic materials designed to simulate aircraft skin and ship hulls.

Components featured in the trial included the HEL from Qinetiq, beam director from Leonardo UK, and MBDA UK’s image processing and command/control (C2) technology, which all enable required levels in “fine” and “ultra-fine” pointing and tracking precision.

The program is led by MBDA UK and supported by Dstl, Qinetiq, and Leonardo UK, and according to the consortium, the latest test phase has proven that the technology is “viable”. As such, industry sources from the consortium suggested they were already speaking to the MoD about the potential integration of DragonFire into UK defence programs.

DragonFire is expected to be initially deployed as part of a wider, integrated solution featuring alternative weapon systems like missiles, while it could be deployed as a standalone solution once technology had matured enough.

To date, the industrial consortium is working up plans to reduce the size, weight, and power requirements, robustness, and maintainability of DragonFire along with developing concepts of operation before handing the HEL over to end users.

Concepts include the integration of HEL technologies into a Royal Navy Type 23 frigate as well as a British Army Wolfhound armored vehicle, both for counter-unmanned aerial system (C-UAS) missions.