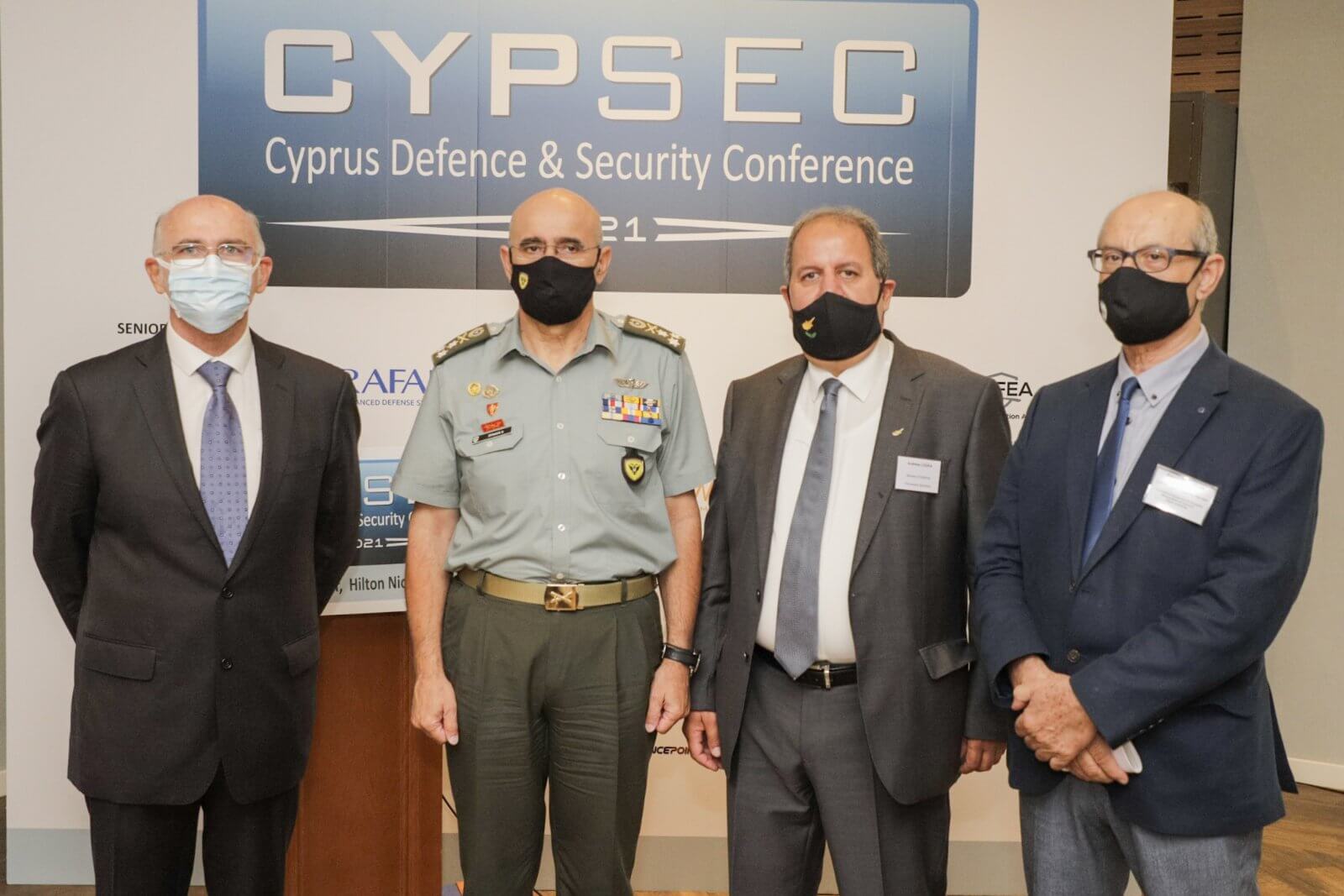 The “CYPSEC 2021” defence and security conference is being held on October 4-5 at the Hilton Hotel in Nicosia. At the beginning of the conference, Andreas Loukas, Director General of the Ministry of Defence said that our region has many challenges, while referring to the destabilizing situation in Syria and Libya, the political and economic situation in Lebanon with reference to the recent explosion in the Port of Beirut, as well as the wider area is a field of hegemonic aspirations.

On behalf of the Chief of General Staff, General Konstantinos Floros, Captain Nikolaos Myriounis also referred to the challenges in the Eastern Mediterranean region as well as the role of deterrence. Similarly, the head of the National Guard, Lieutenant General Demokritos Zervakis, in his speech stressed the role of the Eastmed pipeline for Western interests, its role as a factor of stability in the region, and its contribution to building cooperation in the field of energy and security.

He also referred to global developments such as the rise of the Taliban and the AUKUS pact, Turkish actions at sea, Famagusta, and the airbase of the occupying forces in Lefkonikos. Finally, he referred to the tripartite and quadripartite collaborations while emphasizing the role of the National Guard as a credible deterrent, also referring to the new type of threats. The president of the occupied municipalities and Mayor of Kythrea, Petros Kareklas, also spoke, whose presence, among other things, contains serious symbolism.

Today’s speeches include presentations by representatives of international defence companies such as BELL Helicopters, RAFAEL Advanced Defense Systems, DAMEN, and KERSHIP. Following these, there will be presentations by experts on security, defense spending, and equipment.

Also read: CYPSEC 2021 | Creation of a Defence and Homeland Security ecosystem in Cyprus