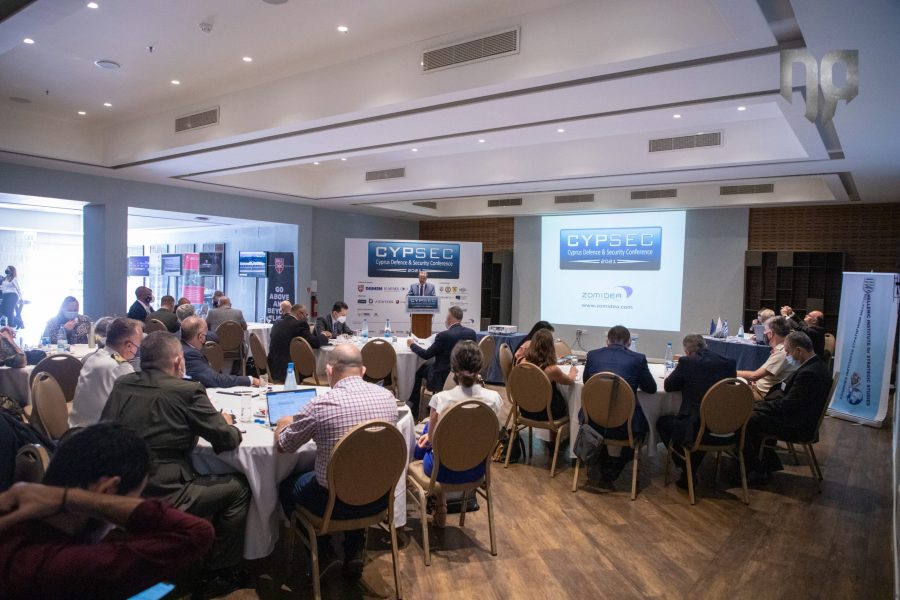 Following the presentations given by the participating companies in the CYPSEC 2021 Defence and Security conference held in Nicosia on October 4-5, presentations given during the second day focused on research, development, artificial intelligence and 3D technology in the Defence sector.

The first group of presentations was entitled “R&D role for innovation and future-oriented defence solutions”. The first presentation was given by the Deputy Minister of Research, Innovation and Digital Policy, Mr. Kyriakos Kokkinos, who referred to the need of developing digital solutions and opportunities so as to be able to respond immediately to challenges and threats. He also stressed the link of the defence sector on land, at sea and in air with digital and space levels. Finally, he assured that the government is willing to further cooperate both with the industry and universities in order to upgrade digital policy within the European framework. 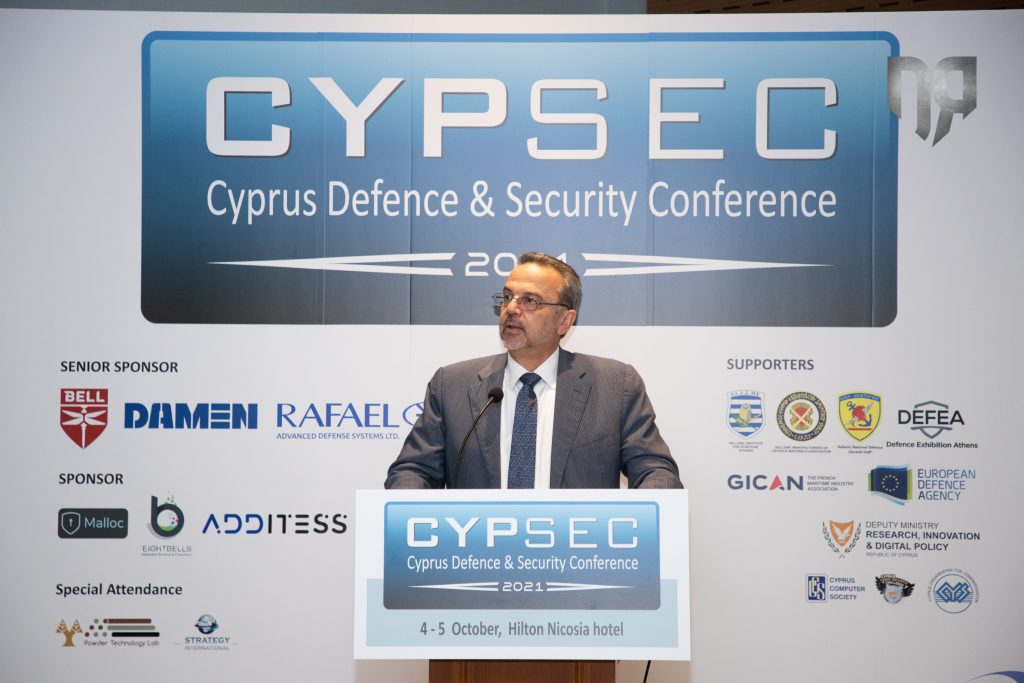 This was followed by a speech by Jean-Marie Dumon, Director of Defence & Security of the French Marine Industry Association (GICAN), on “Future oriented Maritime surveillance solutions”. The presentation highlighted the threats we are and will be called upon to deal with at sea in the near future, including the protection of resources, the fight against pollution, security threats from activities at sea, the management of permanent installations at sea and the treatment of illegal activities with reference to, inter alia, piracy and maritime trade. The presentation also introduced maritime zone detection and surveillance systems that respond to the complexity of new threats. 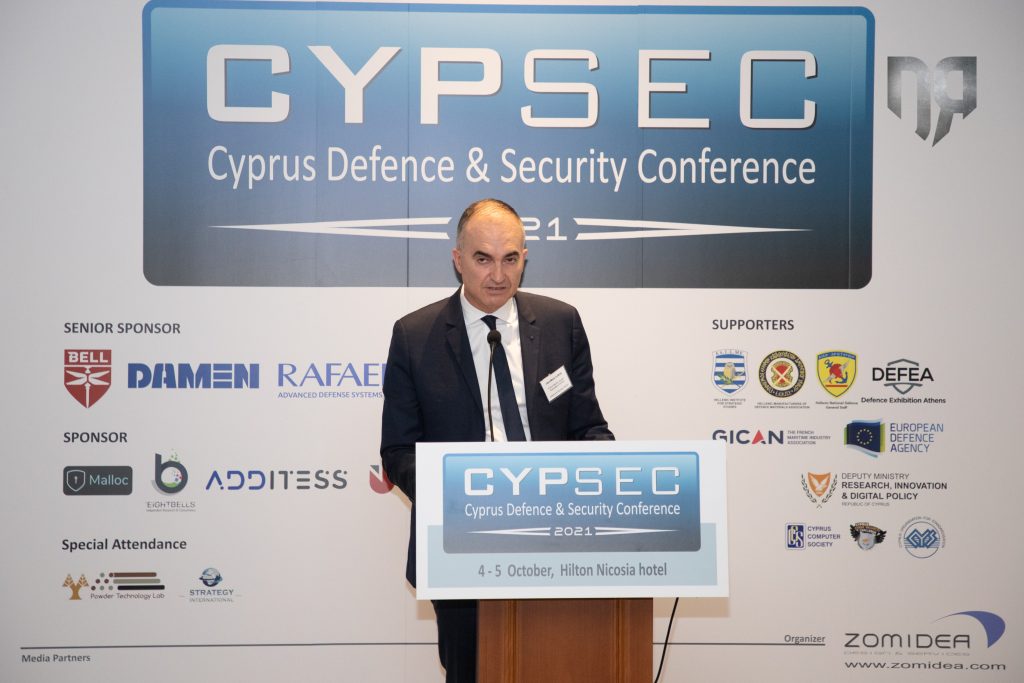 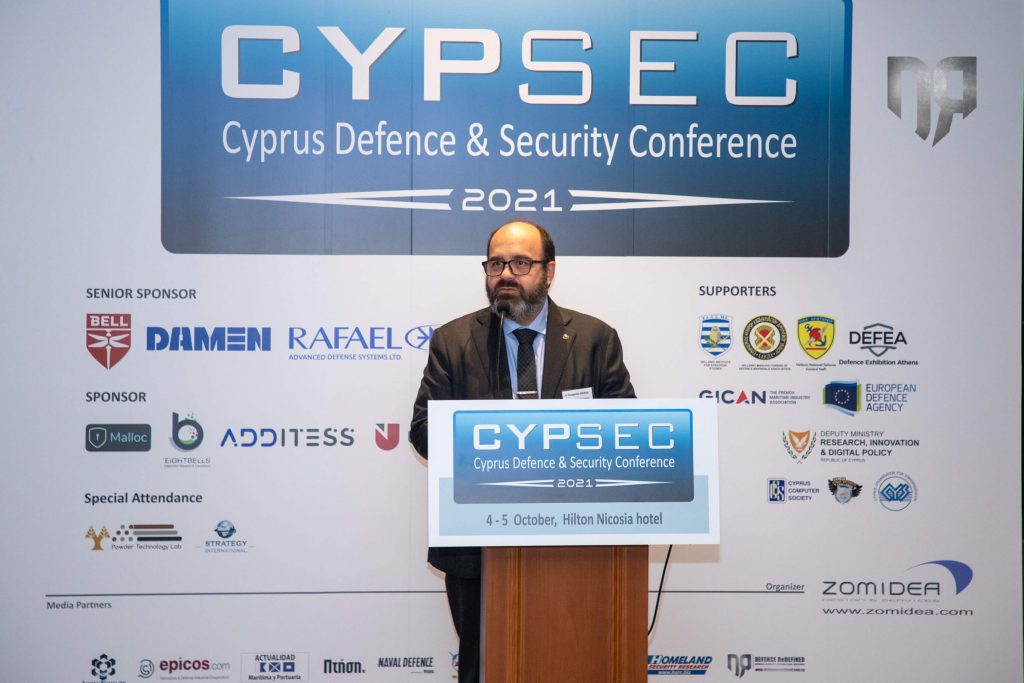 The second presentation on this topic was given by Professor Dimitris Drikakis, President of the Research Institute of Defence & Security of the University of Nicosia, entitled “Artificial Intelligence in Defence and Security”. Dr. Drikakis presented the mission of and the areas covered by the Institute. He referred to projects dealing with the reduction of the sound footprint of UAVs, simulations for ships, the reduction of thermal footprint, while he made general remarks on artificial intelligence. He presented the complexity of artificial intelligence, which combines data, theory and calculations. He also stressed the issue of software and hardware coordination, as software development is still lagging behind. Finally, he stressed the fact that dealing with unknown technological fields must be done carefully after serious thought. 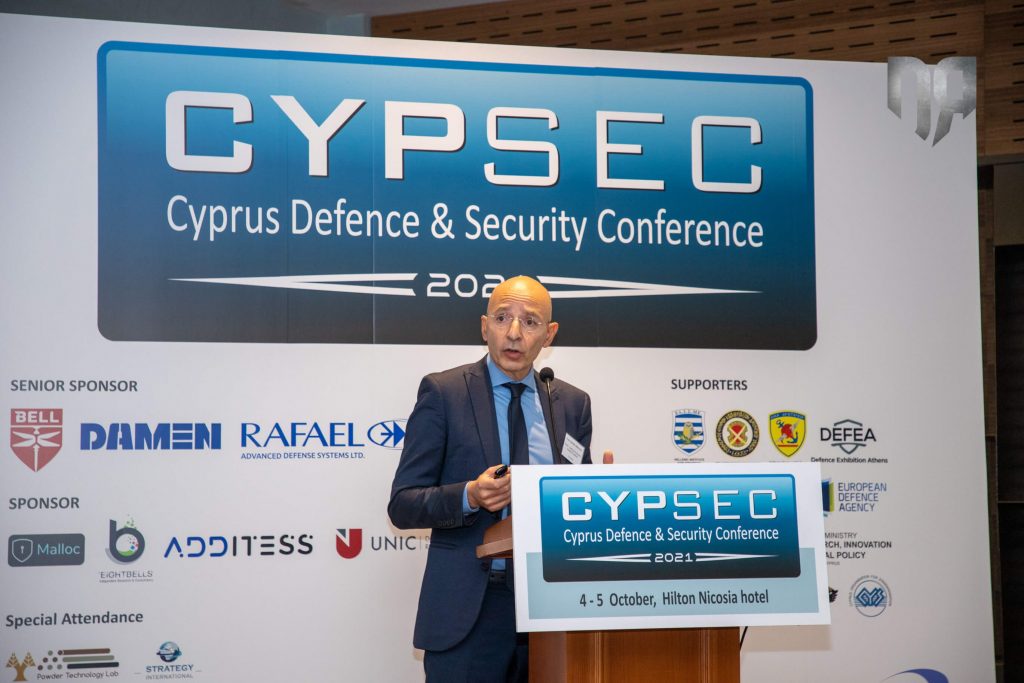 The last part was entitled “3D-printing: the Additive Manufacturing Technology in the Defence Industry”. The first presentation was given by Angelos Evangelou, Postdoctoral researcher at the Powder Technology Laboratory of the University of Cyprus. Mr. Evangelou’ presentation was entitled “Additive Manufacturing of Metals in the context of Defence Industry”. Regarding 3D printing, he referred to the material selection process, its advantages and limitations. He also referred to the methods’ advantages and drawbacks and then to specific case studies involving Israel and the US in terms of various items such as drones and medical equipment. Reference was also given to the application of 3D technology in a variety of items such as spare parts and weapon silencers. 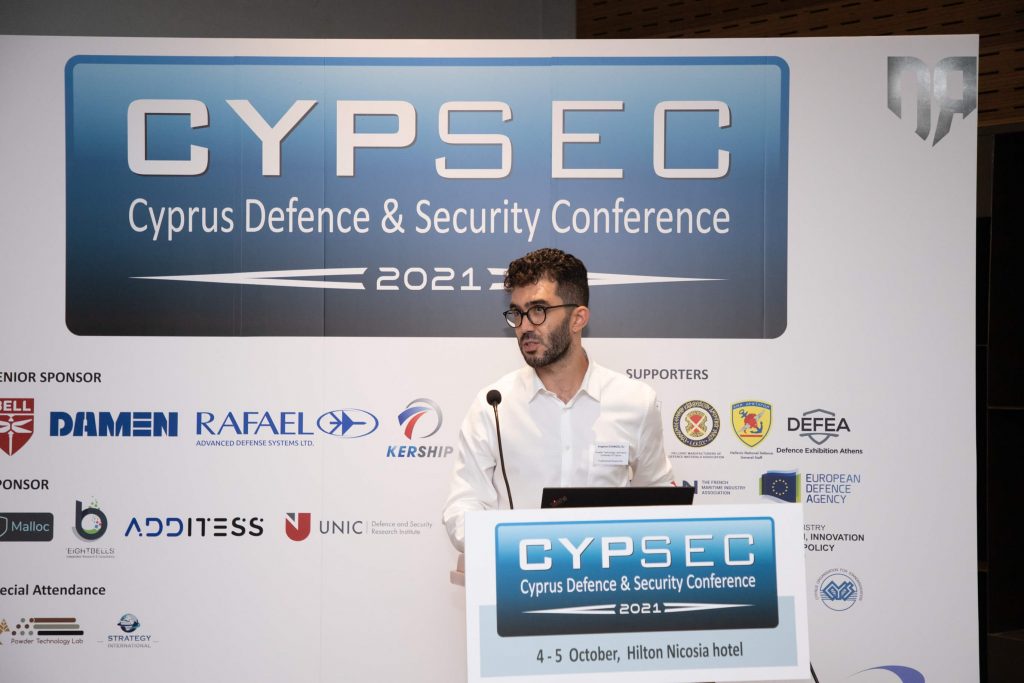 The last speech was given by Theodoros Nikolovgenis, PhD candidate and retired officer of the Greek Army, writer of the Defence and Geostrategy website, whose speech was entitled “Military Logistics: The Cyprus case study”. Mr. Nikolovgenis initially presented the role of logistics as well as a historical report on Alexander the Great who – in his campaign – applied an excellent supply chain system for the time. The logistics concerns a variety of areas and is crucial for a proper army operation, as it concerns all procedures related to material and management, personnel transfer issues, supply, health services, etc. Then, using the methodology of systemic geopolitical analysis, he referred to the geopolitical importance of Cyprus and the potential of the Republic of Cyprus in the field of logistics, which includes two airports, two ports, facilities and software of the private sector. He then proceeded to analyse a hypothetical case study, which concerned a scenario of sending military forces from the EU to Cyprus, and finally presented a system for recording and managing the material of the forces that will arrive on the island, thus effectively presenting the necessity and key role of logistics. 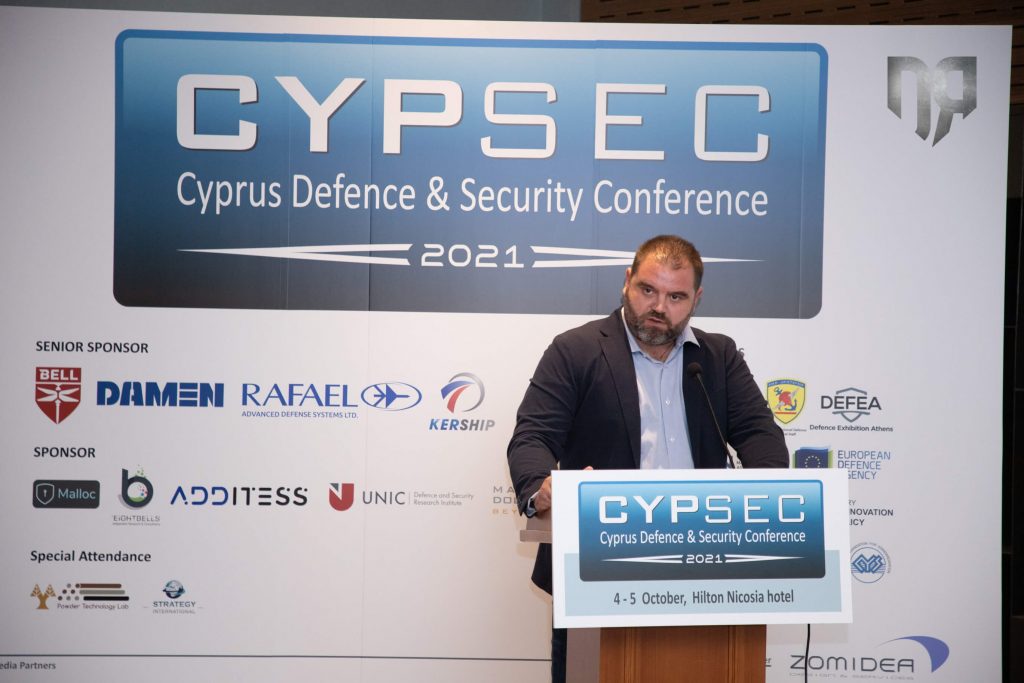