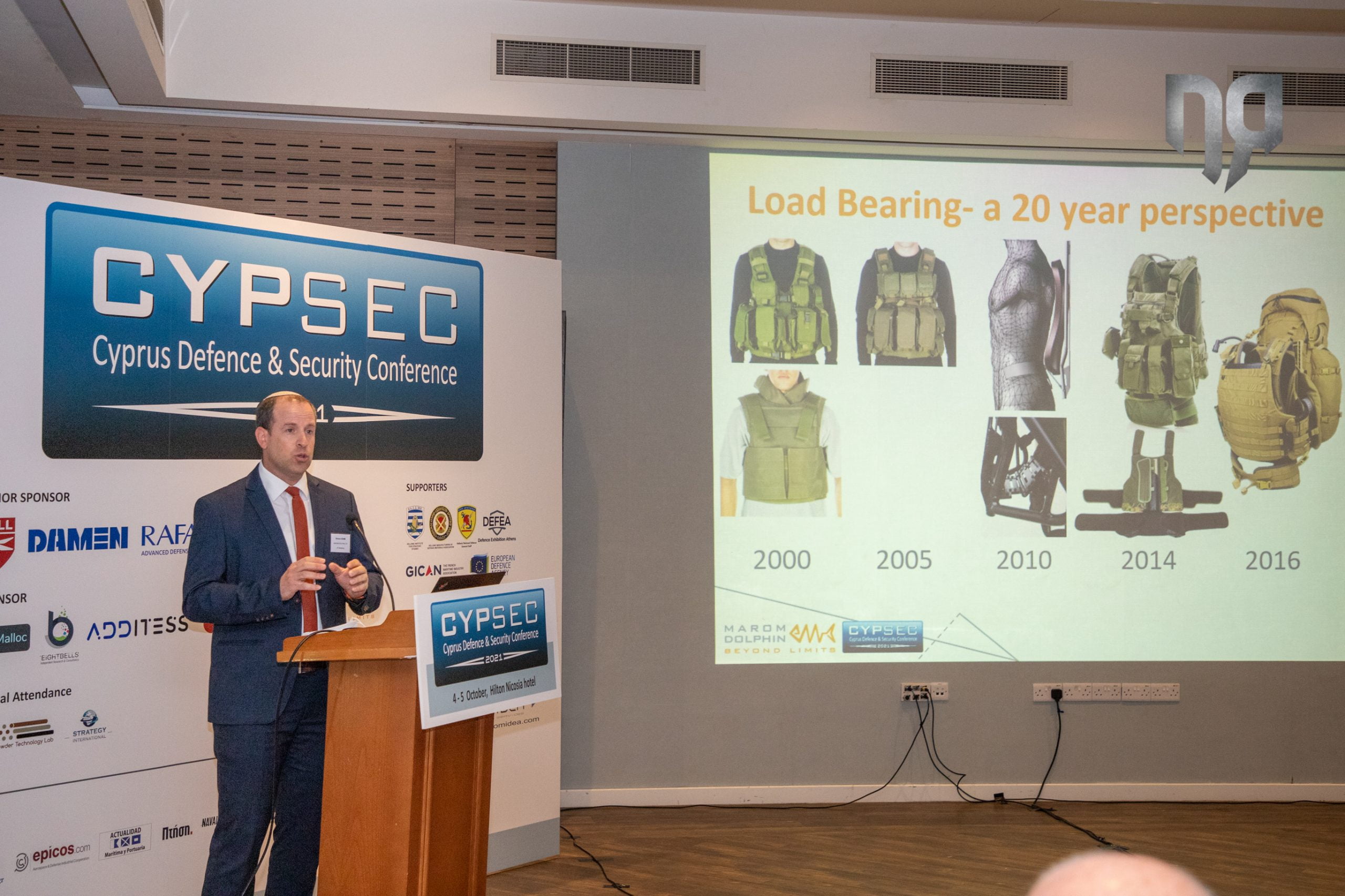 The Israeli Marom Dolphin presented an admittedly innovative proposal for personal load. The innovative “Fusion” System, as has been called, aims to change the approach to personal load so that instead of being composed of separate parts, it is a single modular system whose parts may be easily removed. 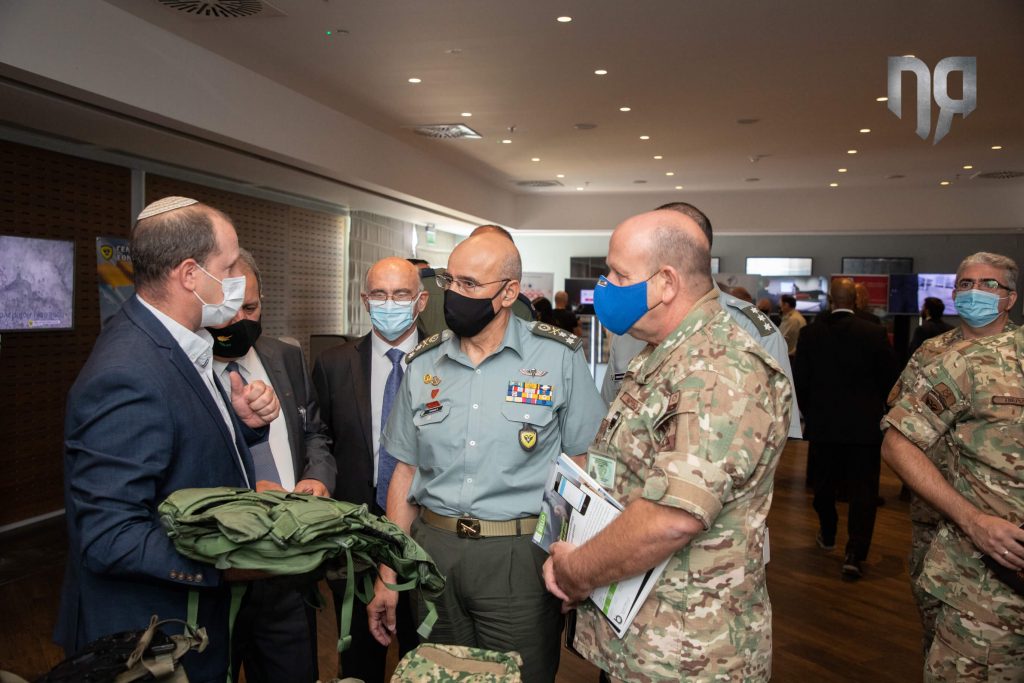 According to the personal load system showcased by the Israeli company, the kit and the combat backpack are both connected into one modular system. The backpack is not merely carried on the shoulders with the use of straps, but it is supported on a special slot in the kit. The kit also contains suitable plates, while simply by pushing a button the backpack is immediately disconnected. As a result, the weight is balanced between the shoulders and the waist, with the ability to disconnect heavy weights more swiftly in case of engagement with the enemy. The personal load system is already being used by various units of the Israeli Armed Forces.

In addition, Marom Dolphin showcased Wild Goose – Tactical Hauler, an electric-powered wheelchair that can accompany an operation team or a combat patrol and can be carried by a soldier. In particular, the Wild Goose may be attached to the back of the kit and dragged by the soldier. It is used for transporting cargo, necessary equipment for the execution of the mission and also for evacuating the wounded. It can be easily folded, while its connection-disconnection mechanism is quite fast and ergonomic, a necessary feature especially in cases of engagement with enemy fire where fast disconnection is required. 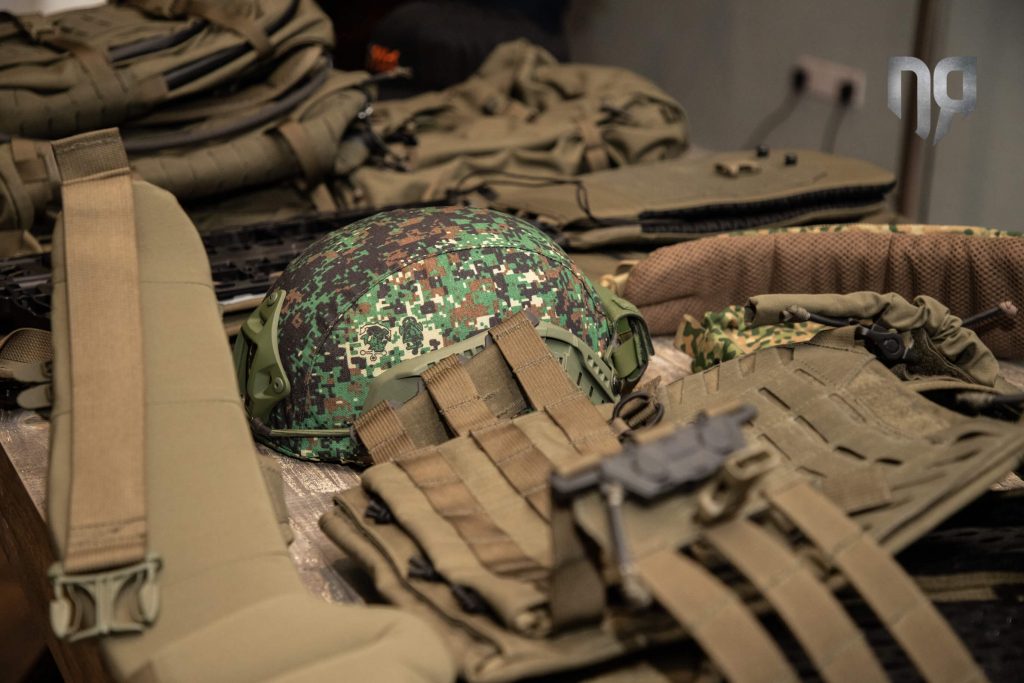 Its tires provide transport capabilities in mountainous areas and in places with large obstacles and rough terrain. In cases where it can be used to evacuate a wounded person, it significantly “reduces” the loss of firepower of the combat team, since in case the wounded person is evacuated with the use of stretcher or other method of transport, usually 2 or 4 people are needed which means they are unable to continue firing at the enemy.

So far there are two versions, the 4×4 variant which can carry a load of up to 120 kg and the 2×2 which can carry up to 60 kg. Its mechanism allows it to operate at temperatures from -25 to 90 degrees Celsius. It is also connected to a remote control which can be placed for ergonomic purposes in the handguard of the rifle.