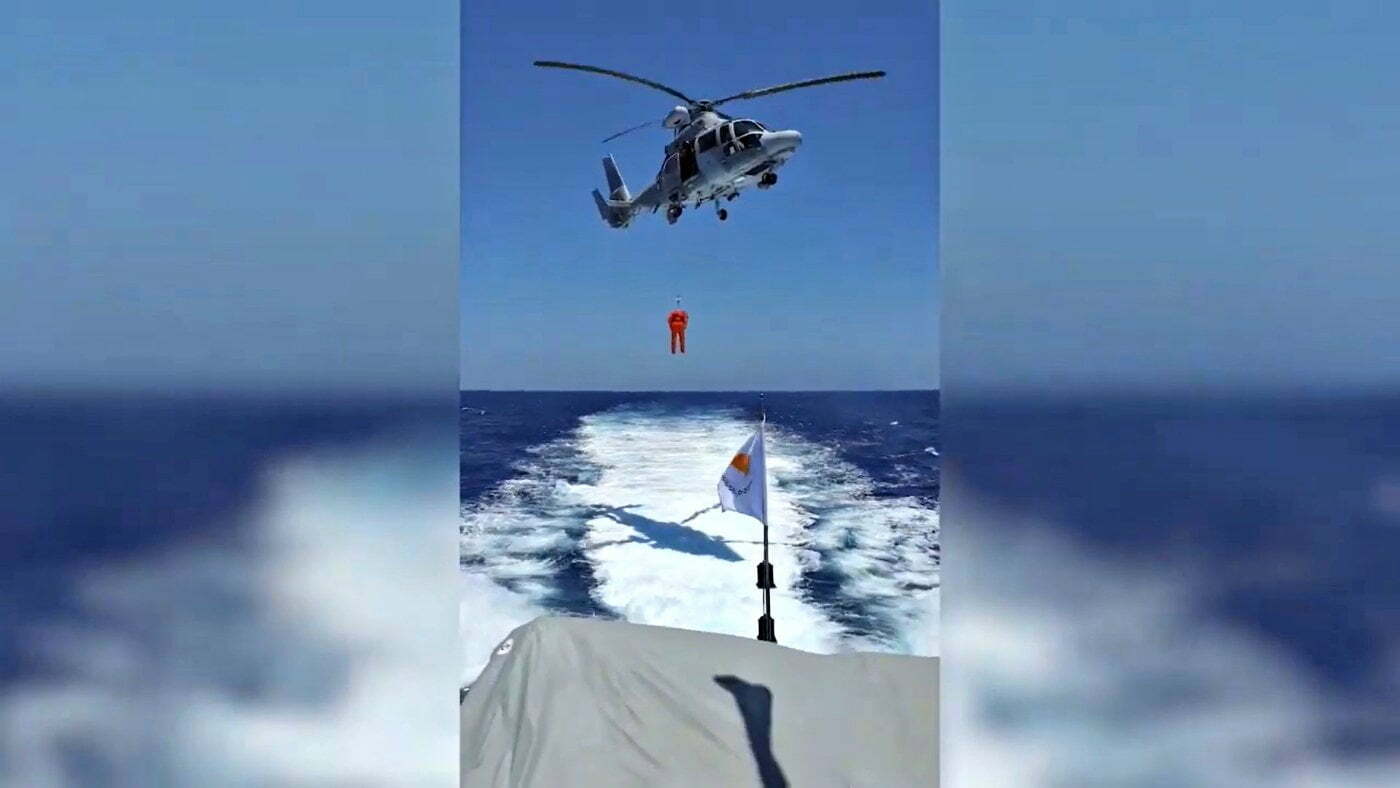 The Ministry of Defence announces that on Wednesday, July 8, 2020, a multinational aeronautical exercise took place in the maritime area south of Limassol, with the participation of units of the Republic of Cyprus, Greece, France and Italy in the framework of close Defence and Security Cooperation between the 4 European countries.

Specifically in the aeronautical exercise participated the Frigate “KANARIS” of the Hellenic Navy, the French Frigate “ACONIT” with its helicopter, the Italian Frigate “ALPINO” with its helicopter, while from the Cypriot side participated the fast patrol boats “TSOMAKIS”, “GEORGIOU”, “AMMOCHOSTOS”, the Open Sea Ship “IOANNIDIS” of the Naval Command of GSNG, 2 helicopters of the Air Force Command of GSNG and the Air Force Unit of the Police as well as the Port & Marine Police ship “THESEUS”.