SECURITY
Bulgaria | “Human traffickers have declared war on the state”
Defence Redefined
Published on 26/08/2022 at 11:01 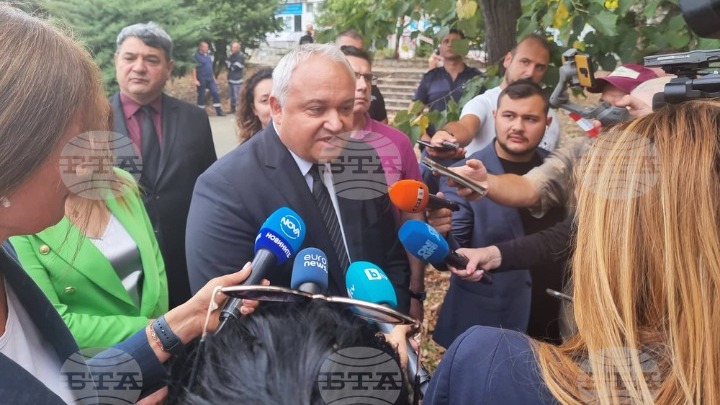 Commenting on the accident in which two police officers were killed after a bus driver carrying irregular immigrants rammed the bus into their patrol car in Burgas, into the Black Sea, Interior Minister, Ivan Demerjiev, said on Thursday that the so-called human traffickers declared war on the Bulgarian state which will in turn respond fiercely to this challenge.

The Minister pointed out that two people from a refugee camp were involved in the accident. He also said that border protection would be strengthened and that arrests had been made while the police were looking for another suspect. The arrested suspects are three Syrian and two Bulgarian citizens.

In the coming days, 100 Defence Ministry employees will join the additional forces at the border, Ivan Demerjiev said, after indicating that he had ordered police authorities to thoroughly check both refugee centers for persons who dare to engage in such activities as well as settlements where there is evidence that such persons reside.

The Bulgarian Interior Minister concluded that these checks will be carried out very carefully and quickly and these people will either be brought before justice or returned to their place of origin because it turned out that most traffickers are foreigners residing in Bulgaria.

He then added that they will not allow them to stay in their country and carry out such activities, while they hope to resolve the matter within the next week and terminate their activities accordingly.

A total of 7,630 third-country nationals were detained between January and July this year, of which 834 were entering the country and 1,053 were leaving the country without being registered, whereas 5,743 were found to be staying illegally in the country, according to statistics released yesterday from the Ministry of Interior.

The numbers recorded this year are more than double compared to the same period last year, when a total of 3,673 irregular immigrants were detained, the Bulgarian News Agency reports.