British air strikes against Islamists in Iraq from Akrotiri base | VIDEO
Defence Redefined
Published on 06/05/2020 at 10:18 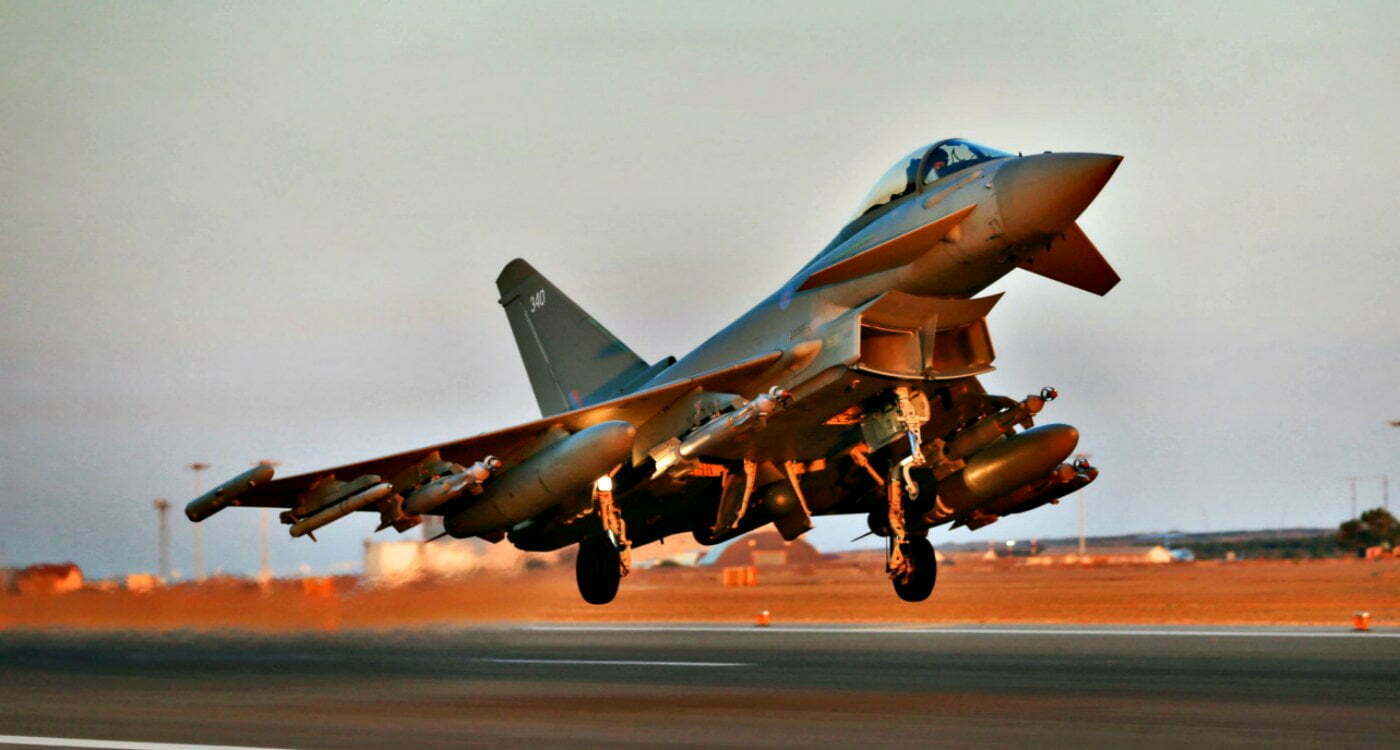 The British Ministry of Defence released a video from airstrikes against members of the so-called Islamic State in Iraq, which took place last week. The aircrafts executing the airstrikes are stationed at the Akrotiri base.

Specifically on the night of Tuesday April 28, a pair of Typhoons, operating out of RAF Akrotiri struck on six caves entrances north-east of Bayji in northern Iraq.

The strike was carried out with Paveway IV precision-guided bombs. The destruction of all the weapons hidden in the caves by the Islamist terrorists was later confirmed.

The fighter jets were supported by a Voyager aerial refuelling tanker, also based at the British base in Cyprus.

On Friday 10 April, as the British Ministry of Defence announced a pair of Typhoons assisted by an RAF Reaper aircraft, they conducted air strikes in support of a counter-terrorism operation in northern Iraq.

The identified Daesh terrorists occupied a group of fortified buildings in an isolated location west of Tuz Khurma.