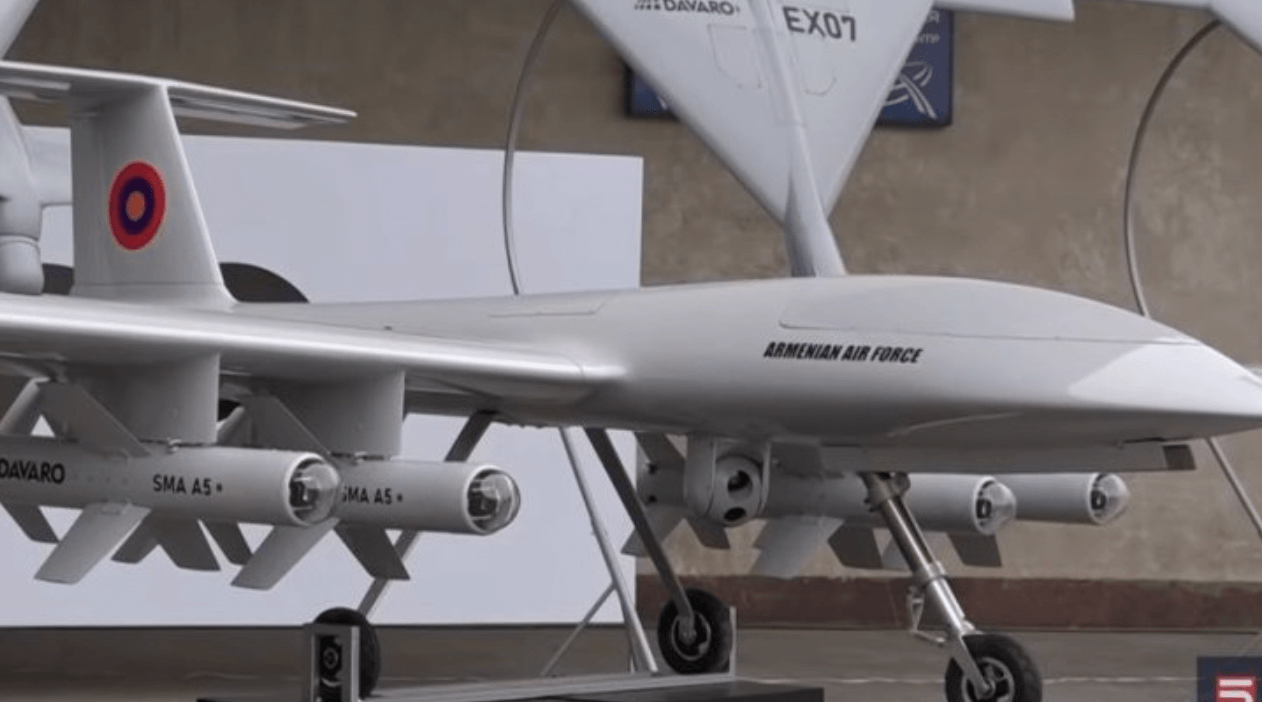 Defence technology products made by companies from Europe, the Middle East, Kazakhstan, USA and Russia were showcased at the  “ArmHighTech 2022” exhibition, which took place in Yerevan (31/03 – 02/04).

Among the exhibits that attracted the interest of visitors was the Armenian-made Unmanned Combat Air Vehicle (UCAV) “Aralez”.

“Aralez”, whose name is inspired by Armenian mythology (it is a winged dog that heals the wounded soldiers), was manufactured by the company “Davaro”, while the “44-day war” in Nagorno – Karabakh in 2020 was the event that sparked the company’s idea in developing a UCAV, aimed at filling the gap in the Armenian Army.

The technical features of “Aralez” include, among others:

In terms of its payload, the “Aralez” carries the “SMA A5” missiles weighing 9 kg. The “SMA A5s” are “leave-and-forget” type ammunition, while the data regarding the target’s engagement is entered in the missile shortly before its launch.

Target data can derive from coordinate systems and radar estimates to an image of the target point. The process of the target’s engagement is enhanced by AI technologies.

The Sma A5 missile’s penetration capabilities and range have not been revealed, but the  “Aralez” manufacturer, David Galogian, said in an interview with “Directus” website that all parts except the engine are made in Armenia.

At present, the UCAV has to go through various trials. Upon their completion in the third quarter of this year, the main client, that is the Armenian Armed Forces, will decide whether the system will enter serial production or not.