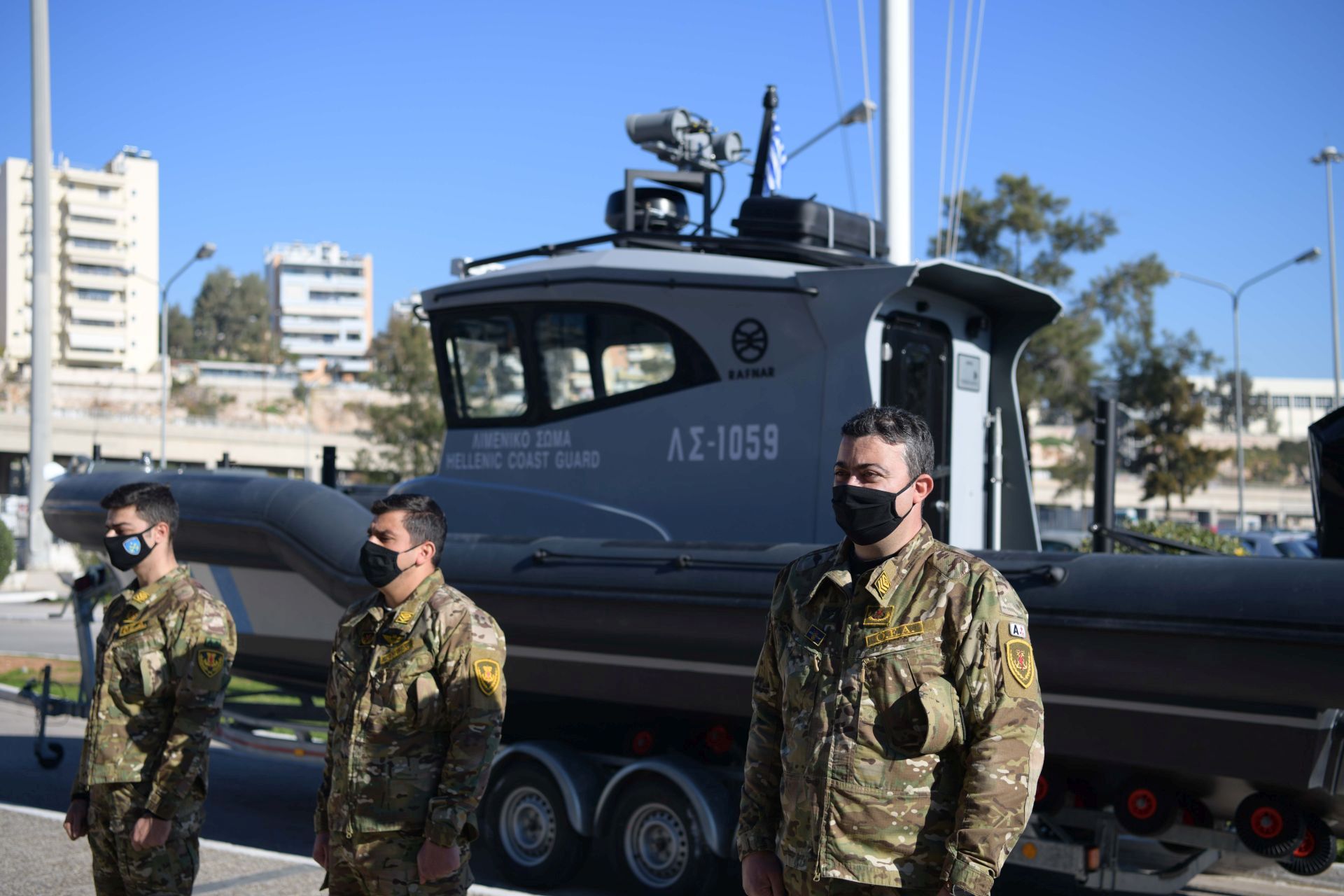 As part of the donation of ten state-of-the-art high-speed patrol boats to the Hellenic Coast Guard – funded exclusively by members of the Union of Greek Shipowners – the fifth and sixth Ranfar Leiftur 1100 Cabin Patrol boats were delivered today. The boats are provided by SYN-ENOSIS and THENAMARIS company.

The Minister of Maritime Affairs and Insular Policy, Mr. Giannis Plakiotakis, thanked once again the Union of Greek Shipowners and its President, Mrs. Theodoros Veniamis, who directly met the request of the Prime Minister, Mr. Kyriakos Mitsotakis, regarding the reinforcement of the Hellenic Coast Guard, and the donors of the fifth and sixth patrol boats. 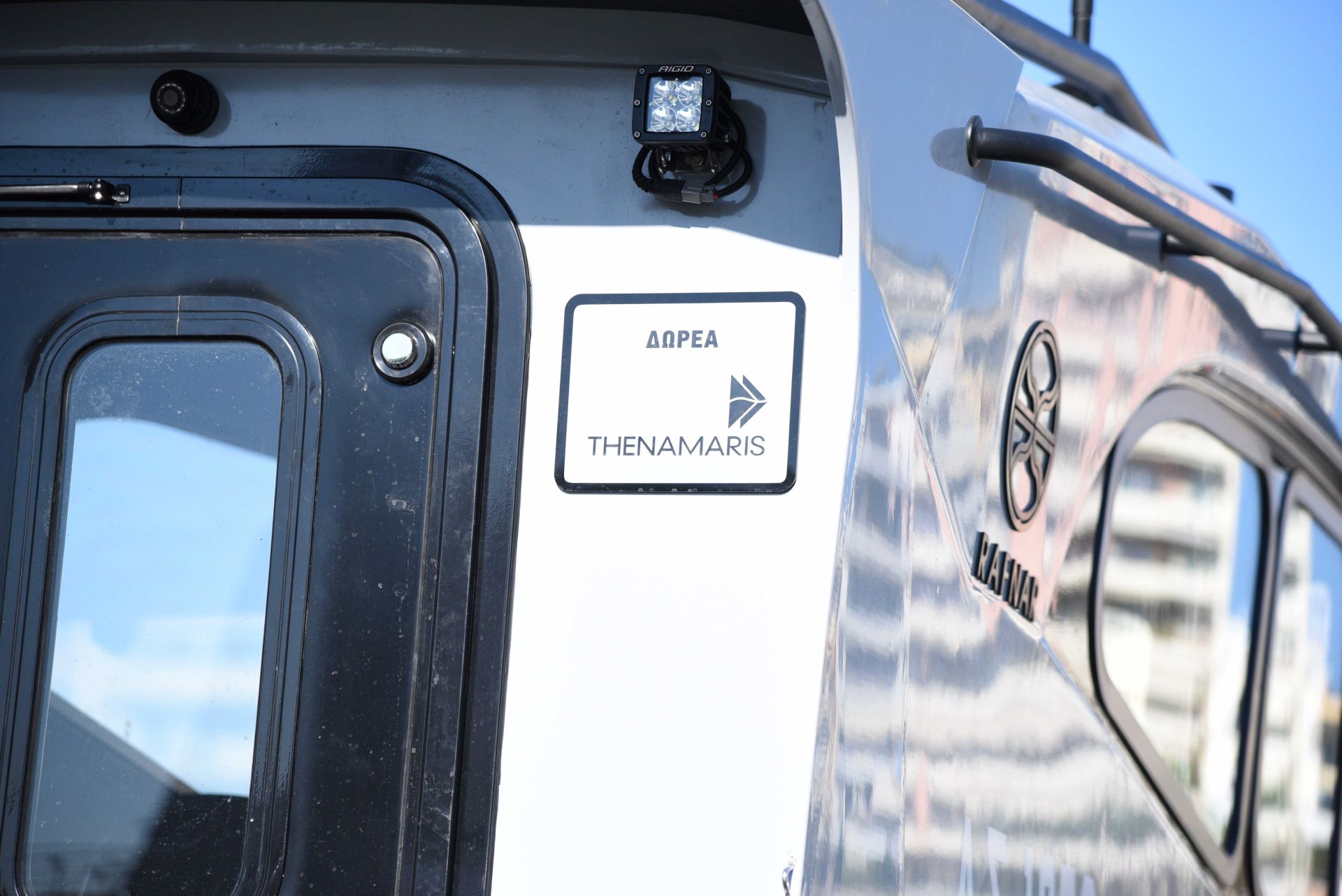 “We managed to protect our maritime borders and this is credited exclusively to our executives who, as the Chief said, showed self-denial, determination, respect for international law and priority in the protection of human life, and have thus managed to reduce immigration flows by 85% in 2020 compared to 2019. We still have these excellent results in 2021 and we are determined to continue in this direction.”

“There is no doubt that the period we are going through is extremely critical and every day is a challenge. For 365 days a year, 24 hours a day, with self-denial and conscientiousness, all Hellenic Coast Guard executives fulfill the difficult task that the Hellenic State has assigned to us, showing a high sense of responsibility and professionalism for the benefit of our Society and Homeland.” 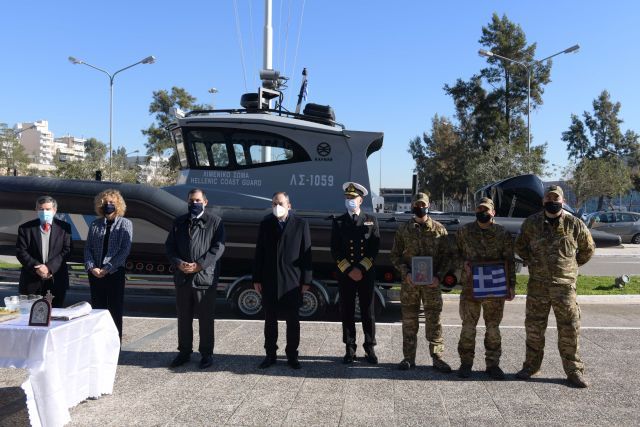 Only a few attended the ceremony, always in line with the measures taken against the spread of the coronavirus. Specifically, the Deputy Minister of Maritime Affairs and Insular Policy, Mr. Costas Katsafados, the Chief of the Hellenic Coast Guard, Vice Admiral Theodoros Kliaris, Mr. Athanasios Martinos and Mrs. Ioanna Martinou attended the ceremony. 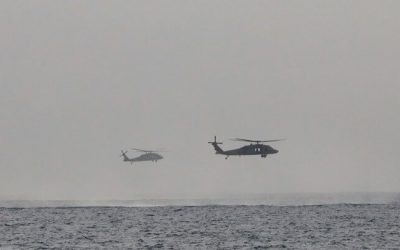 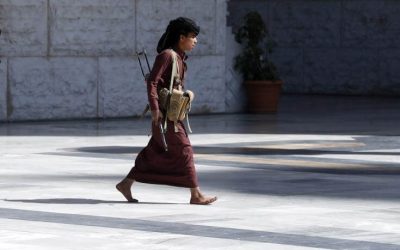