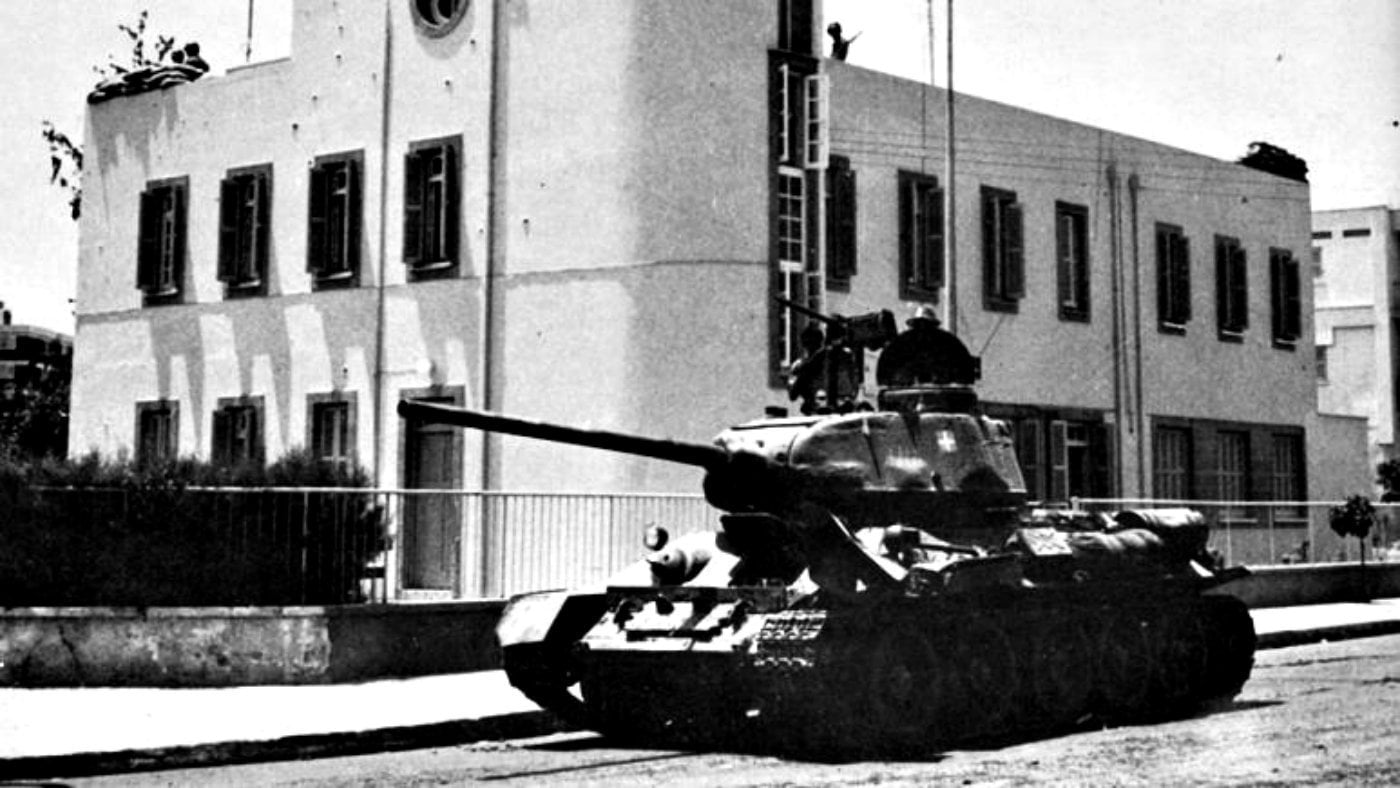 Forty-six years have passed since the treacherous coup of July 15, 1974, and the Government, the Parliament and the Cypriot people honor all those who fell in defence of democracy and legitimacy.

The countdown to the division of Cyprus began when in 1967 a military dictatorship seized power in Greece. Relations between this regime and the President of the Republic of Cyprus, Makarios III, were tense.

Using the slogan “Alexander has entered the hospital,” the head of Greek military forces in Cyprus, Brigadier M. Georgitsis, announced to the leadership of the Greek junta, in the morning of July 15, 1974, the start of the coup against President Makarios.

Early on Monday morning, July 15, 1974, Makarios was returning to the Presidential Palace in Nicosia from his holiday home in Troodos, where he had spent the weekend. At the time of the coup, Makarios was welcoming a group of Greek children from Egypt.

As shooting became heavy and the Presidential Palace was attacked by the National Guard, Makarios protected the children and then escaped from an unguarded passage on the west side of the Presidential Palace. He fled to Kykkos Monastery and then to Paphos. While the state radio announced his death, Makarios addressed the people from a local radio station in Paphos, saying:

“Greek Cypriot people! The voice you hear is familiar. You know who is speaking to you. I am Makarios. I am the one you chose to be your leader. I am not dead. I am alive. And I am with you, a competitor and the junta coup failed. I was its target and, as long as I live, the junta will not pass through Cyprus. The junta has decided to destroy Cyprus. To divide it. But it will not succeed. The island resisted it in every possible way. Do not be afraid. Join all the legitimate forces of the state. The junta must not and will not pass. Now the struggle is for everything.”

Makarios boarded a British military plane and flew via Malta to London, where he met with British Prime Minister, Harold Wilson, and Foreign Secretary, James Callahan, the following day, 17 July.

The United States has called for support for Cyprus’ independence and called on all states to do the same, with Secretary of State, Henry Kissinger, rejecting a proposal to support the ousted Makarios regime.

Using the coup as a pretext, Turkey invaded Cyprus five days later. In a two-phase invasion in July and August, despite calls from the UN Security Council [Resolution 353 (1974)] and the speedy restoration of constitutional order on the island, Turkey occupied 36.2% of the territory of the Republic of Cyprus and forcibly displaced about 200,000 Greek Cypriots from their homes.

Greek Cypriots and Turkish Cypriots are still missing since the inter-communal battles of 1963-64 and the Turkish invasion of 1974.